Planning to visit Star Wars: Galaxy’s Edge on your next Walt Disney World trip? The groundbreaking land opened at Disney’s Hollywood Studios in August, and is packed with take-home droids, space cocktails and other off-world delights you’ll want to explore.

The new land, located on planet Batuu, is comprised of two halves: Black Spire Outpost, which consists of marketplace and specialty shops, food stands and the Millennium Falcon — as well as a new First Order regime — and the Resistance Forest, home to the Star Wars: Rise of the Resistance and a growing rebellion faction.

There you’ll find hugs from Chewbacca, sausage sandwiches and secret cantina items — if you know where to look. With a land of this size and stature, it’s easy to get in the weeds while fitting it into your Disney vacation, but planning ahead ensures you won’t come home wishing you’d done things differently in a galaxy far, far away.

From helpful reservation reminders and virtual queue details to the best time to do everything, here’s all the helpful hints you’ll need for a perfect intergalactic trip to Disney’s brand new Star Wars-themed land:

Millennium Falcon: Smuggler’s Run will not have FastPass capabilities at the beginning, and the same is true for Star Wars: Rise of the Resistance, which opens Dec. 5th. Utilize Extra Extra Magic Hours, which allows select resort hotel guests an extra three hours inside Disney’s Hollywood Studios through Nov. 2nd to get on board, and try not to ride immediately in the morning, when lines will be highest. Crowd flow will change drastically when Galaxy’s Edge next attraction opens, though, so we recommend staying tuned to Touring Plans, who use data science to determine when the shortest wait will be throughout the day.

Utilize single-rider line — but not for your first ride

Millennium Falcon: Smuggler’s Run offers a special queue that allows solo guests to get on board more quickly. The only catch? Single riders are likely to be assigned to be “engineers,” unequivocally the least-preferred seat on the attraction.

Traveling after December? Plan your trip around Rise of the Resistance

After a sneak preview this past week it’s become clear that it’ll be imperative to see this groundbreaking attraction while at Walt Disney World, whether or not you’re a die-hard Star Wars fan. While planning your days at Disney’s Hollywood Studios, leave a half-day for any long waits to ensure you can get on board.

While most are bound to head straight to the marketplace for Porg puppets and stuffed Yodas, the Resistance Supply towards the land’s soon-to-open Rise of the Resistance attraction and the First Order shop by the TIE Fighter ship and Milk Stand offer light side treasures and dark side must-haves that can’t be found elsewhere in Star Wars: Galaxy’s Edge.

Unlike the interlocking shapes that resemble Disney’s main mouse, Galaxy’s Edge is known for having its own little secrets hiding in plain sight. Spot a Dianoga beast near the Marketplace water fountain, translate signs in Aurebesh — which you can do within the Play Disney Parks app — and watch a mechanical bay of droids react to each other (and souvenir droids!) outside Droid Depot.

Make sure your phone is as prepared as you are

Download the Walt Disney World app for land details and the Play Disney Parks app to enjoy the digital datapad, which is packed with games and activities that interact with the setting around you. While you’re at it, toss in a few cell chargers, too — your battery will need them.

Know how to get inside

If Star Wars: Galaxy’s Edge hits capacity, the land will require virtual “boarding passes,” or reservations, which can be obtained within the Walt Disney World app. A return time estimate will display on the profile, but be sure to turn on your phone alerts and check the app for when you can enter. Uncertainty is the inverse of a Disney World vacation, but the system is seamless and if you arrive to the park during daylight, you should get inside the land, no problem. There is no re-entry though, so if you want to come back later, grab a second boarding pass once inside.

Disney employees populating the land are supposed to be its “characters,” but given they’re already doing double-duty manning shops and restaurants, simple questions can often be met with confounding answers. Bathrooms are “refreshers,” currency is “credits,” water fountains are “hydrators,” and all will be referred to as such.

Bringing your babies to a bar is perfectly normal here (isn’t Disney World the best?), but hitting one a few hours after sunrise is actually an expert move, especially if you’re park-hopping and don’t want to sacrifice a meal at one of the park’s great eateries. Swap the early-morning alcohol for a Black Spire Brew, which mixes cold brew coffee with passion fruit and falernum for a fruit punch-inspired concoction that even strong coffee haters can get behind, and grab a chilled blue milk for the kids, which comes topped with an elaborate sugar cookie decorated with a Bantha horn. (Neither dish on the breakfast menu was my favorite, so if you’re game, the Batuu Bits are great all hours of the day.)

Skip the line for Ronto Wraps

Use Mobile Order within the Walt Disney World app to pre-order blue and green milk or anything off the menu at Docking Bay 7 in advance to save you time.

Make your reservations in advance

Galaxy’s Edge has them for experiences, not restaurants. You can save your spot to make customized droids, build a real working lightsaber and imbibe in space brews at Oga’s Cantina up to 180 days in advance of your Walt Disney World vacation. Another perk of advanced planning: if “boarding passes” are being used for timed entry, you are guaranteed entry into the land up to one hour prior to your reservation. (Note the restrictions here as well: each Oga’s Cantina guest is limited to 2 drinks and reservations are 45 minutes long. Most of the bar is standing room only as well, which can be challenging for younger children.)

Study where characters will be

Unlike traditional meet-and-greets, familiar characters roam throughout the land to interact with guests at random. The best place to meet Chewbacca is outside the Marketplace on the walkway leading towards Rise of the Resistance, while Rey can often be found there or closer to the attraction. Stormtroopers tend to do a lap around Oga’s Cantina, Droid Depot and the Millennium Falcon, and can be easily spotted passing through. It may be a bit trickier than usual to get a one-on-one picture with these characters given that they roam around, but nabbing one should be no issue.

There’s only one location you can actually meet a droid

Within the annex shop attached to Droid Depot. Unfortunately, it’s a souvenir with a price tag on par with new car, but it’ll be the best way to get that R2-D2 fix within Galaxy’s Edge.

Prepare to face the sun

Shade is minimal in the galactic rim territory, so you’ll want to pack sunscreen, hats and portable spray fans. (Thankfully, they sell them on this planet — and they’re crazy cool too, themed like moisture vaporators seen within the films.) The marketplace provides some good coverage, but if you’re out and about taking in the scenery, it can get hot; cool off inside Droid Depot’s annex shop if in need of AC.

With bresaola beef, roasted spam and black salt burrata, the somewhat secret $21 charcuterie board at Oga’s Cantina is packed with plenty of unexpected bites and flavors. According to Disney Food Blog, it’s less than stellar, but if you’re at Oga’s and in dire need of food it should be a reliable find. Other things to know: seating is limited and mostly standing room only, and if you need to use the restroom, be sure to request a “bathroom pass” by the exit for re-entry. 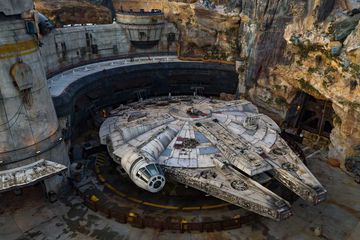 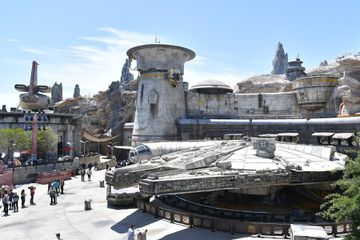 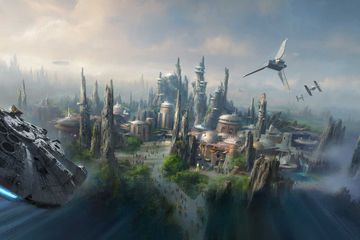 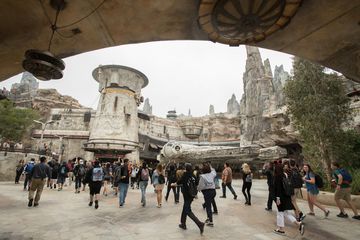 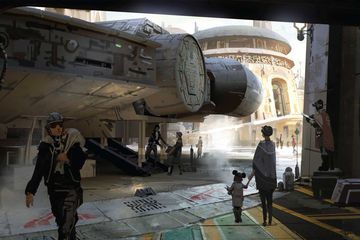 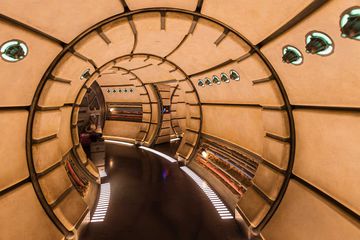 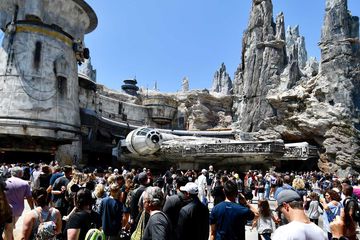 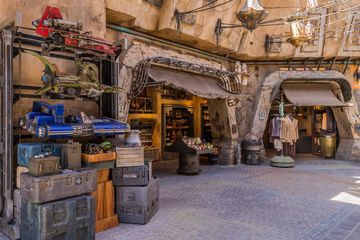 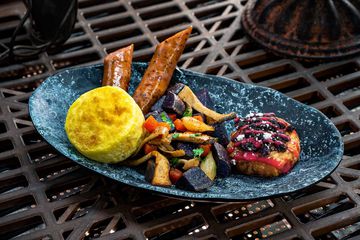 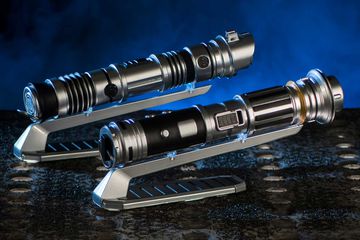