The new season of Disney’s Fairy Tale Weddings premiered on Disney+ on Feb. 14, giving viewers a behind the scenes look at Disney weddings.

Hosts (and real-life couple) Stephen “tWitch” Boss and Allison Holker work with Disney’s Fairy Tale Weddings & Honeymoons to make each couple’s dream wedding a reality at Disney locations all over the world, including Disney World, Disneyland, Aulani (Disney’s Hawaiian resort), and on board the Disney Cruise Line. During an interview with Travel + Leisure, the hosts mentioned how happy and honored they are to witness these special moments, and Boss noted that Disney really goes the extra mile for these couples, making sure every detail is taken care of so that the couples have the most magical wedding day. In the show, this means incredible surprises like flash-mob proposals in front of the iconic castle and appearances from the couples’ favorite singers.

This attention to detail and focus on the couple is an integral part of every Disney wedding experience — not just those featured on the show. Korri McFann, the marketing director for Disney’s Fairy Tale Weddings and Honeymoons, told T+L that the Disney wedding planning experience really comes down to their signature “Be Our Guest” strategy. The team helps couples curate a wedding experience that matches their style and values, and the team takes care of everything seamlessly, with all aspects of the wedding (including venue, dining, florals, and more) handled under one roof. Whether you’re getting married in front of Cinderella Castle at Disney World or on the Hawaiian shore at Aulani, the team will make sure everything is taken care of so you can enjoy your wedding day.

Some of the most popular Disney wedding locations include the Disney Wedding Pavilion, the Italy and France pavilions at Epcot, and the Tree of Life in Animal Kingdom, according to McFann. Now, guests can even get married in Pandora at Animal Kingdom, making this location the newest in Disney’s roster of wedding venues. If you want to make the event even more magical, couples can opt to arrive or depart in Cinderella’s coach or arrange an appearance from Mickey and Minnie at the reception.

Brides who want to feel like a princess on their wedding day can take that a step further with the new Disney Princess-inspired gowns from Allure Bridals (in partnership with Disney). Brides-to-be can find dresses inspired by Cinderella, Belle, Jasmine, and more at bridal boutiques across the country and at Kleinfeld Bridal stores in New York and Toronto.

The remaining episodes of season two of Disney’s Fairy Tale Weddings will be released every Friday at midnight PT on Disney+. This season, viewers will watch as couples experience magical proposals and weddings across several different properties. Host Stephen Boss says viewers need to “get their tissues ready” for some touching, adorable moments this season. 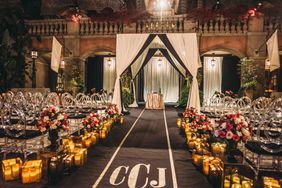 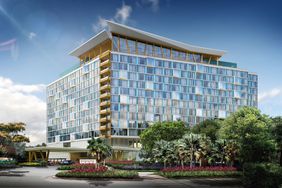 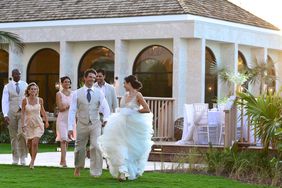