And it takes place in one of the most stunning villas in Sicily.

Attention foodies: Now's the time to book a trip to Italy.

Chef Christian Puglisi, who worked in the kitchens of El Bulli and Noma before setting up his own restaurant, Relæ, in Copenhagen, is hosting a fully immersive culinary experience at The Thinking Traveller's villa Rocca delle Tre Contrade in Sicily in April.

The course, which also had an October session, even includes a workshop with a local farmer who saved the rare Nebrodi black pig and brought it back from the brink of extinction.

"We are extremely proud to have Christian with us here in Sicily for this extraordinary and unique week-long workshop," Jon Moslet, owner of Rocca delle Tre Contrade, shared in a statement. "We have a shared vision about authentic, local ingredients, pure flavors, and low intervention wines, and are looking forward to experiencing it first-hand."

During the course, guests will immerse themselves in Sicilian food culture through a series of dedicated hands-on workshops under the guidance of Puglisi and his team from Relæ.

The program includes a masterclass on sourdough and bread-making, cheese-making, raw seafood, charcuterie, and low intervention wines. And, it includes time with local breeder, Francesco Borrello, who helped bring back the ancient Sicilian black pig into farming.

According to The Thinking Traveller, some 30 years ago, Borrello helped bring the pig mainstream. Until then, "the breed lived essentially in the wild, among the forests of the remote Nebrodi mountains in Sicily, as it was considered inferior (too lean) and uneconomical compared to modern pork breeds. It used to be hunted alongside the wild boars which also populate the mountains."

But, Borrello saw the possibilities for this animal in cooking.

However, do to the fact that this particular breed of pig does not thrive in captivity, Borrello's farm covers thousands of acres of wild chestnut forests where the pigs roam wild and nourish themselves, without manmade feed.

"Only during gestation and the first three months of the lives of the suckling newborns are they and the mother are given shelter and medical attention, before being released into the forests," the company shared.

But now, during the cookery workshop, guests will get an up close-up experience with the Sicilian black pig, and learn how to use all parts of the animal in cooking to ensure a zero-waste experience.

Guests will also get the chance to take part in the lemon harvest, go foraging, taste Sicilian street food, and learn about vermouth preparation.

As for accommodations, guests will stay at the 12-bedroomed Rocca delle Tre Contrade, which comes with views of Mount Etna and the Ionian Sea. The villa features a demonstration kitchen, its own lemon groves, fruit orchards, and vegetable gardens, as well as an infinity pool, tennis court, and spa area.

The one-week course is bookable exclusively through The Thinking Traveller and starts at €5,950 per person (or about $7,000, based on two sharing) including all meals, accommodation, and transfers from April 23-30, 2022. See more details here. 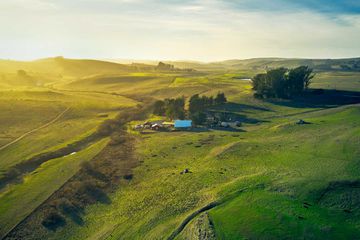 9 Farmstays, Ranches, and Ingredient-driven Hotels Around the U.S. 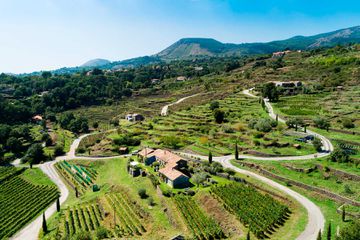 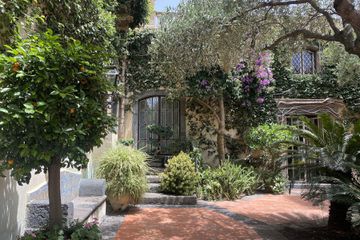