Is there anything better than cheese? After all, cheese pretty much goes with everything. It's amazing on bread or with fruit, vegetables, pasta, chocolate, wine or beer, or even just on its own.

The best thing about cheese, besides that it simply exists, is that there are so many varieties made all over the world. You can get a mild Brie in France, a flavorful goat cheese in Tuscany, or a pungent (dare we say, stinky) blue cheese in Asturias that'll knock your socks off (or at least smell like them). Many cheeses can be found in particular places around the world, where cheesemongers have been perfecting their craft for generations.

Related: Take a Private Jet Around the World in Search of the Finest Cheeses — With This $300,000 Vacation Package

Who wouldn't want the perfect excuse to roam around France, eating every morsel of Camembert, Brie, and Beaufort in sight? Or around Italy, where you can sample gorgonzola, pecorino romano, and classic parmesan? There are also the cheese markets of Amsterdam, cheesy excursions in Spain, and the actual town of Cheddar for some real-deal cheddary goodness. And if you want to stay state-side, don't worry. There are plenty of places to visit in the United States as well.

Cheesy travelers might be reaching for their passports when they read about these amazing cheeses — and the destinations that created them.

France is a cheese utopia and some of the world's best cheeses come from Bordeaux. Not only are there are tons of varieties of cheese shops you can go to such as Le Chèvre-Feuille, a factory specializing in rich goat cheeses, but also Baud et Millet, a tiny cheese restaurant inside a cave.

Normandy is the home of the creamiest French cheese around: Camembert. Visit the Cheese Museum, built in the shape of a Camembert cheese wheel, and the President Farm, where you can eat plenty of fresh cheese and learn everything about Camembert, from its historical beginnings to the cheesemaking process.

Along the borders of France, Switzerland, and Italy, you're bound to discover some delicious cheeses, such as Reblochon, Beaufort, Abondance, Bleu de Sassenage, and Tomme de Savoie. Plus, you can enjoy them while admiring the gorgeous views.

This part of Spain is often called "El Pais de los Quesos" (The Land of Cheese). The most popular cheese from this region is a strongly flavored one called Queso de Cabrales. Cheese lovers can even discover all there is to know about this famous cheese though a special foundation dedicated to the historical and cultural importance of Cabrales.

La Mancha isn't just the home of Don Quixote, it's also the home of the most famous Spanish cheese: Manchego. The buttery good stuff is made from the milk of Manchega sheep that are herded in the provinces of Toledo, Cuenca, Ciudad Real, and Albacete.

You can find just about any type of Italian cheese in Sardinia, from pecorino to blue cheese. But what makes Sardinian cheese special (and maybe a little risky) is an illegal cheese made with live maggots called casu marzu.

Lovers of pungent cheese should definitely go to Pagazzano, home of gorgonzola. One of the best companies producing the traditional Italian cheese, Arrigoni, is definitely worth a try.

Ever wondered where you got your favorite cheese that practically goes great with everything? We're talking about parmesan, or Parmigiano-Reggiano. Turns out, it was created in the Middle Ages in the Italian province of Reggio Emilia, and it's a must-go for cheese lovers.

Cheddar doesn't come in a Mac 'n' Cheese box or a Cheez-Whiz jar. It comes literally from the town of Cheddar in South West England, where the famous Cheddar Gorge Cheese Company is the only cheesemaker left in town producing the deliciously sharp snack.

Where else are you going to find good gruyere other than Gruyeres? The little medieval town has been making the cheese that's perfect for pairing with your favorite fruits for centuries.

The best cheese in the world (no, really) is a strong blue cheese variety called Kraftkar and it was originally made in the Norwegian town of Torjulvagen only as far back as 2004. At the 2016 World Cheese Awards in San Sebastián, Kraftkar was selected "World Champion" (all categories).

If you want to hit up the best cheese markets Europe has to offer, you have to go to the Netherlands. At these medieval markets, you can find cheeses of all varieties, including Edam and Gouda. Be sure to also stop by the Alkmaar Cheese Market in Waagplein Square.

You don't have to go all the way to Europe for good cheese, as there are plenty of delicious domestic varieties found around the U.S. as well. California hosts an artisan cheese festival every spring that draws all kinds of cheesemongers from across the country.

Naturally, you have to go to Wisconsin for the cheddar. While you're there, stop by Fromagination in Madison, where you can sample different types of cheeses, enjoy tastings (including melty cheese raclettes), learn about cheesemongery, and take home cheese baskets.

Cabot is home to quite possibly America's most popular cheese maker: Cabot Creamery. The dairy farm is famous for its white, extra sharp cheddar that you'll find while walking down the aisle at pretty much any U.S. grocery store. You can also visit the creamery to get a tour.

This Southern city may not be the first place you think of when it comes to cheese, but it does have quite a few amazing markets with an impressive spread of artisanal foods, including cheese. Stop by the French Market outdoor bazaar or the St. James Cheese Company next time you're in the Big Easy.

This isn't about Philly Cheese Steaks. Philadelphia not only has a huge array of amazing restaurants where you can find plenty of cheese — you can also stop at the Reading Terminal Market to visit its several cheese shops.

Maybe America's neighbor to the North isn't famous for its cheese, but it is famous for having lots of great places to eat and shop, including St. Lawrence Market. The impressive farmer's market not only has plenty of organic foods, but also lots of quality cheeses.

Are you a fan of Oaxaca, the mild and salty cheese that makes Mexican food go from tasty to all-out delicious? Just like mozzarella, Oaxaca is sold in little balls and can be found at lots of Mexican food stands and restaurants. Plus, you will be tempted to take some home.

The hard and salty Paški Sir cheese comes from sheep that are cultivated on this little island near Croatia — they graze all day near the salty shores and are milked every couple of days. The island is a paradise for cheese lovers.

While you're Down Under, you absolutely need to try the best cheese Australia has to offer. Woodside Cheese Wrights offers a huge variety of cow and goat cheeses, which are crafted by hand and available according to the season. 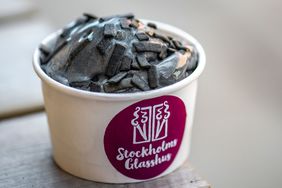 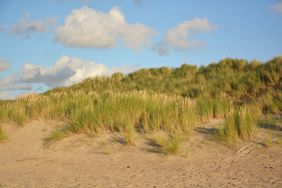 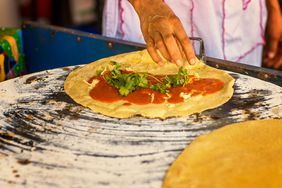 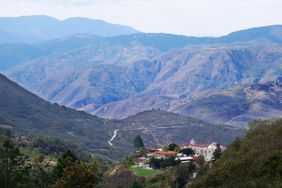 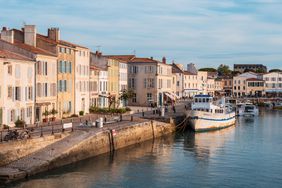