Colorado's Ghost Towns Are Taking Over Instagram Thanks to Its Booming Wine Scene, Chic Bars, and Charming Hotels

From “hidden gem to destination”: a tour through Colorado’s thriving Western Slope

Billy McEntee
Billy McEntee is a Brooklyn-based writer covering arts, culture, and travel. He's written for The Washington Post, Vanity Fair, Observer, and others. Billy also teaches with The School of the New York Times and edits for The Brooklyn Rail.
Travel + Leisure Editorial Guidelines

When considering the evolution of Colorado's wine scene, The Storm Cellar co-owner Steve Steese said the state's vineyards have risen from "hidden gems to destinations." The same could be said for Colorado's Western Slope — between Moab to the west and Denver to the east, charming mountain towns have enjoyed a renaissance in the wake of the urban exodus sparked by COVID-19.

My fascination with mountain towns — and their dichotomies of isolation and community — propelled me to tour the Centennial State. In writing about my journey, I come to a funny crossroad: these towns' allure is their immensely friendly neighbors, mom-and-pop businesses, and peaceful mountains. One of the pillars of Colorado tourism is "respect the place, leave no trace." What trace might a beefy article in Travel + Leisure leave on these quieter towns? At the same time, tourism is vital to their economies. Put another way, and to rob from the great John Muir, "The mountains are calling and I must go."

Across these towns, populations shifted and visitation boomed. Given the ability to work from home, many have opted for rural settings with better bang for your buck. But even for those who stayed in cities, these mountain towns — and their educational farms, biking paths, and hiking trails — offered a safe place beyond cramped apartments to healthily social distance.

These towns' appeal is not so different from the promise many showed in 1859; with land increasingly desirable, social media attracting tourists, and work-from-home life enticing Zoomers, the state is undergoing a digital gold rush. And at this point, the secret's out: beyond the urban sprawl of Colorado's Front Range, there's a whole lot more of the state to taste, see, and experience.

"If you build it they will come"

Bread Bar sits 40-something miles west of Denver in the living ghost town of Silver Plume. The chic mounstainside bar has an Instagram following of over 10,000. Silver Plume's population? Under 200, per a 2019 census.

"At the time I was one of the only people living there under 30, besides a few children," Shae Whitney told me. "We were the only business then, besides the post office." Whitney left Denver with her husband, Brady Becker, to open Bread Bar after their rent was raised. Now, thanks to Instagram's gravitational pull, Silver Plume is a destination for those looking for a quick escape from the city and a cocktail backed by stunning views.

If Whitney and Becker could move full-time to and find potential in a sleepier town — and craft an experience worth the trek — perhaps others would be intrigued as well. "Our vision there was 'if you build it, they will come,'" Whitney said. "And they did."

The couple sold the bar in 2017; today, Rob DuRay is one of its co-owners. "Instagram is our advertising," he said. "People want to be part of the Silver Plume story. Instagram allows them to do it with just a couple photos and captions."

Today, Bread Bar is one of many Colorado businesses whose Instagram followings far eclipse the populations of the towns they're in. The immaculate Amigo Motor Lodge in Salida, revitalized Redstone General Store in Redstone, and award-winning brewpub Westbound & Down in Idaho Springs have online followings that are more than double their town's respective populations. Through social media, these businesses have unlocked a key audience: neighbors, yes, but also captive, faraway viewers hungry for smaller towns' refined rusticity.

"Our unique room designs and amenities create not only an enjoyable vacation experience but also a pleasing visual one," said Philip Sterling, who co-owns the Amigo Motor Lodge with Kaitlyn Canfield. "We have guests tell us, 'We've been following you on Instagram and have been waiting to stay here.' Instagram has been a tool to widen our audience both locally in Colorado and more broadly to people in neighboring states."

The app also allows for "one-on-one conversations we would not be able to have otherwise," said Keghan Hurst, director of brand for Westbound & Down. "It's great to get real-time feedback, learning which items people enjoy and what they can't wait to try again. We also enjoy bringing awareness to Idaho Springs."

And in these scenic mountain towns, "it obviously doesn't hurt to have the beauty of the Rockies right outside our door," DuRay said. "It's tough to take a bad photo at Bread Bar."

"An astonishing increase in tourism"

Mountain towns are not only satellites of crowded cities; they also get spillover from resort towns. Carbondale is 30 miles from Aspen, and while the latter has long been a destination, the former is a cultural mecca unto itself. Part of Colorado's Creative Corridor — a quintet of state-certified artistic districts — Carbondale has an enchanting main street teeming with bars and restaurants, yoga studios, and lodging. At some businesses, you can kill two birds with one stone — the sustainably-minded Marble Distilling Co. is an exquisite micro-distillery that is also a working inn, each impeccably designed and warmly inviting.

"Carbondale has never been filled with so many unrecognizable faces — people are definitely eager to get out of the city," said Lucy Perutz, chef and co-owner of The Carbondale Beat, a vegan/vegetarian-inspired restaurant. "There's an astonishing increase in tourism here. It's great for business, and inevitable, but is definitely overloading our little towns."

Many business owners and farmers see potential in this surge: "People ask what to do with their land, and it's such a great opportunity to learn about their goals and values," shared AJ and Nicole Carrillo, owners of Deer Tree Farm & Agroforest in Hotchkiss. "Lots of folks are moving to the area and seeking that regenerative ideal: to be beneficial members of their community, economy, and ecosystem. Agriculture offers us an opportunity to realize those dreams."

Larger areas with plenty of natural splendor have similarly boomed. Per the City of Grand Junction, "median [housing] sales prices increased 13% year-over-year." The city's tourism office, Visit Grand Junction, noted that visitorship has also thrived; in "April 2021 business month lodging tax was up 7.7% compared to April 2019 (pre-COVID)," which was aided by both Airbnb rentals and newer hotels like The Hotel Maverick.

The city's proximity to some of the state's most breathtaking views also helps. The Rattlesnake Canyon Arches have, after Moab, the world's second highest concentration of arches; Grand Mesa is the largest flat-top mountain in the world with 300 pristine alpine lakes; and the Colorado National Monument is dubbed Colorado's "mini Grand Canyon." That landmark is as spectacular as, but far less crowded than, the Arizona icon, and driving up towards its peak allows for scenic "car hiking." Coupled with Grand Junction's buzzing downtown, it's no wonder the city's property values have skyrocketed.

Even as homes fly off the market throughout much of the Western Slope, towns can only grow so much, preserving some of their character: in these more arid communities, finite water supplies keep the number of new homes to a minimum. Demand is high, and locals know that even as foot traffic increases, treatment of the land is paramount.

"Make sure you have fun," Sterling said, "and leave our wild places as good or better than you found them."

Colorado: The Next Napa Valley?

Famed for more than just Coors, Colorado is home to the hat trick of alcohol producers: distilleries, breweries, and vineyards. The latter has become the state's secret weapon, boosting agritourism and upping the foodie scene.

I'll admit my skepticism — growing grapes at 6,000 feet, and in this economy? (That economy being the era of climate change and prolonged droughts, which farmers feel all too acutely.) How wrong I was. Colorado may be the next frontier: as temperatures rise, vineyards have to move north in latitude or up in altitude. Now, as the state's vineyard scene flourishes, winemakers are capitalizing on Colorado's built-in strengths — warm days add sweetness while the cold evenings help with grapes' acidity.

The state has two federally designated (and superb) AVAs: Grand Valley and West Elks. "People have been really happy that we're here," said Angelina Rice, who co-owns Mesa Winds Winery with Dan Matuszak. Hotchkiss doesn't have a ton of restaurants, so Rice found a niche in starting a vineyard that doubles as a farm-to-table eatery with an ever-changing menu. Nearby vineyards like Qutori (whose Syrah won Best in Show at the 2019 Governor's Cup) and The Storm Cellar (who supply Grand Junction's Bin 707 Foodbar, owned by James Beard-nominated chef Josh Niernberg) are also enriching Colorado's New West cuisine.

The ethos of that fare can be encapsulated as "local first, Colorado second, and domestic last," per Niernberg. "We offer the best experience we can and showcase regional cuisine," which, depending on the season, might mean elk tartare and chayote squash are menu fixtures.

Even as vineyards invite tourists, don't-miss lists pump up lesser-known towns, and Instagram attracts urbanites, Colorado is still a state very much defined by adventure. Perhaps some attractions are best left discovered; the glory of Colorado is you needn't drive far before a picturesque town looms on the horizon.

After traveling the state — taking in or passing through a dozen-plus mountain communities — I came to one, saddled up at a bar, and met the owner. She asked about my journey, and which town was my favorite. I told her this one, the one we were in. She smiled and laughed, adding, half-jokingly, "Don't tell anyone." 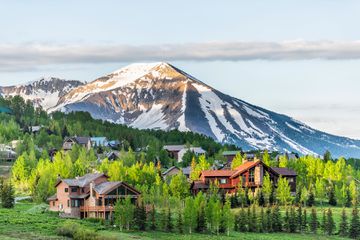 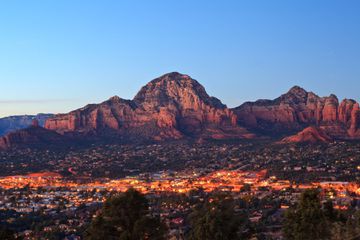 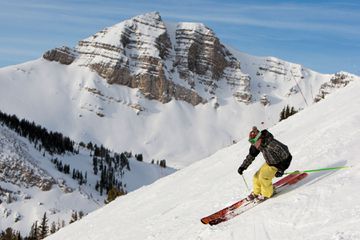 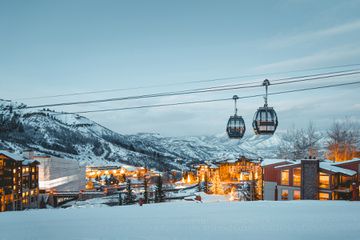 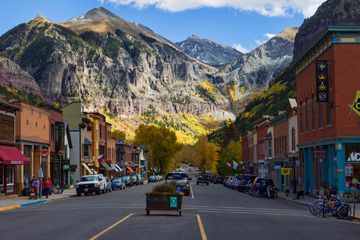 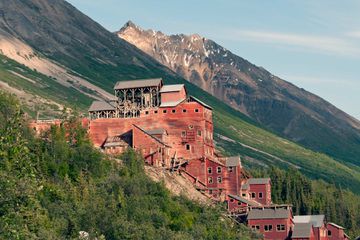 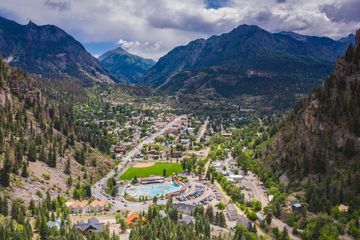