These U.S. cities will make you feel like you're in Europe — no passport required.

In 2021, TripIt surveyed more than 3,200 users in the U.S. to find out where they plan to travel post-pandemic. Respondents overwhelmingly came to the same conclusion: They want to go to Europe, but if that can't happen, they'll take a domestic holiday in the U.S. But we've got some good news for both them and you. This isn't an either-or scenario, as there are, in fact, plenty of cities sprinkled across the U.S. that will make any tourist feel like they've hopped aboard a transatlantic flight for a very European vacation.

Here are 14 cities in the U.S. that offer a taste of Europe without needing to dig up your passport.

When you walk along the narrow cobblestone streets of Beacon Hill, passing gas-lit lanterns and Federal-style row houses, you may have to remind yourself Boston is no longer an English colony. Head over to the North End, and you'll have to remind yourself you're not on the streets of Italy. Looking for a taste of Ireland? Rumor has it, Boston is home to an Irish pub or two.

Related: These Are the 30 Best Things to See and Do in Boston

The capital of the U.S., was designed primarily by a Frenchman, Pierre Charles L'Enfant. He set out to build a Paris-like city, with grand, tree-lined boulevards and plentiful gardens and monuments. Today's Washington, D.C. maintains L'Enfant's influence, and not just in the magnificent National Mall or spectacular domes and obelisks. Wide streets, a low skyline, ubiquitous green space, and walkable streets lend an Old World feel, and floods of European diplomatic workers bring their cultures with them, too.

San Francisco is a mishmash of world cultures. The temperate climate, occasional palm trees, hills, distant mountains, and seaside location give the city a very Mediterranean and vaguely Greek feel, which juxtaposes magically with Victorian architecture and Spanish culture.

Related: 29 Best Things to Do in San Francisco — From Famous Sites to Can't-miss Attractions

The oldest city in the U.S. is not Boston or New York, or even Williamsburg or Jamestown. That distinction belongs to Spanish-influenced St. Augustine. It was here, allegedly, that Ponce de Leon searched for the Fountain of Youth, and he left behind a beautiful settlement that today preserves a massive wealth of Spanish Renaissance architecture. Be sure to visit Castillo de San Marcos and the colonial Spanish quarter for a very European-inspired visit.

Another old city? Philadelphia. It's even home to the country's oldest continuously inhabited street, Elfreth's Alley. There's more than just British colonial history, though: Magnificent City Hall is a French Second Empire masterpiece, the Philadelphia Museum of Art resembles a Greek temple, and a heavy Italian presence has given us a little something called the Philly cheesesteak.

Settled by the French, turned over to the Spaniards, then passing back through French hands before landing in America's lap, New Orleans might be the most outwardly European city in the nation. Its architecture, food, music, language, and even pace of life reflect the immense French and Spanish influence. Places like the Old Ursuline Convent and iron-railed Pontalba Buildings give the Big Easy a unique look, while beignets and risqué nightlife call to mind Paris or Amsterdam.

Related: 21 Best Things to Do in New Orleans' French Quarter — From Famous Cafes to Ghost Tours

In a state known for its high concentration of Scandinavian-Americans, Minnesota's New Ulm is home to a population made up of more than 50% German-Americans. The city's brewery, founded by a German immigrant, is one of the country's oldest, and it hosts cultural celebrations, complete with German-style beer. In New Ulm, you'll also find a glockenspiel, the beautiful Hermann Monument, and even a genuine Turner Hall.

They call it the "American Riviera," as its beaches resemble and rival those of coastal France, but to see Santa Barbara is to see colonial Spain. Anchored by Old Mission Santa Barbara, the city's white stucco and red-tiled rooftops might make "Western St. Augustine" an even better nickname. Breathtaking, Mediterranean-like landscapes and charming pedestrian malls, like the Paseo Nuevo, make the European feel undeniable.

Vermont's capital manages to be distinctly New England, surprisingly funky, vaguely western, and subtly European all at once. Though the buildings of State and Main Streets bring to mind dusty Denver saloons, Montpelier's name is a nod to early America's strong friendship with France. And, indeed, the smallest state capital in the U.S. does feel a bit like a French countryside village, with its farmers markets, quaint shops, green hills, and smattering of traditional European architecture. Great, locally sourced restaurants and a literary crowd only add to the French feel.

Redesigned in the 1960s to look German, this Washington town is a dead ringer for a Bavarian mountain village — and the millions of annual tourists agree. After becoming a ghost town by the end of the gold rush, town leaders used this redesign to revitalize the city and encourage tourism. In addition to Oktoberfest celebrations and the Nutcracker Museum, Leavenworth enjoys a location in the Cascades that feels truly alpine.

Not far from Santa Barbara lies the small city of Solvang, and it is Danish. After initially being settled by the Spanish, the area was flooded with Danish-Americans at the turn of the 20th century. Looking to start a Danish colony away from the rest of America, they built a Lutheran church and kept going from there. Today, the half-timber architecture, windmills, odes to Hans Christian Andersen, and visits from Danish royals and authorities make it California's little Denmark.

If it looks like Greece, feels like Greece, and tastes like Greece, then it must be…Florida? That's certainly the case in Tarpon Springs, the U.S. city with the highest concentration of Greek-Americans. Greeks first swarmed the area to lend their expertise in the booming sponge-harvesting trade; today, the Greek Orthodox Cathedral in Tarpon Springs heavily influences the local culture, and Greek restaurants line the sponge docks.

Newport has long beckoned the rich and famous. Its mansions (built specifically for families like the Vanderbilts), sailing culture, and famed Cliff Walk could make any visitor feel like they've made their way to the French Riviera. Come here to bask in the summer sun before boarding a chartered catamaran, eat more oysters than you can handle, and sip Champagne as you watch the sun go down for the ultimate chic getaway with a European vibe.

Sure, it's got a little bit of an unfair advantage being named "Holland," but the city really does live up to its moniker. It's charming and quaint, comes with cobblestone streets to remind you of its European roots, and even has its own tulip gardens and windmills for guests to roam, so they can have a springtime getaway like no other right here in America.

Chris is the Senior Commerce Editor at Travel + Leisure. He's been writing and editing for travel publications since 2014, and he co-founded a travel startup in 2017. He's been to 18 countries and counting.

Chris started his travel writing career at Departures magazine. In addition to T+L, he's also been published in TripSavvy, The Points Guy, Thrillist, and more. He earned his master's degree in writing from Dartmouth College. 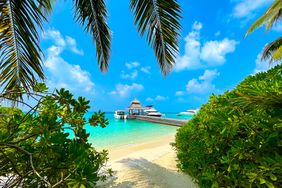 The Best Destinations for an Extended Trip in 2022 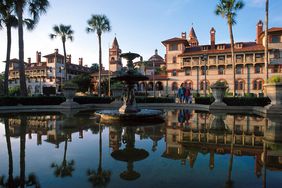