...and why it should really be called Crab Island.

There are a few immediate questions that come to mind when one learns about Christmas Island for the first time. For starters, where is it?

The tiny island, which is barely a speck on the world map, sits roughly 250 miles south off the coast of Central Java, and a whopping 1,650 miles from Perth, the nearest western Australian city. Technically, it's a territory of Australia, but you'd never know from its location.

Stuck way out in the middle of the Indian Ocean, Christmas Island is essentially just the above-water tip of an ancient mountain. And a dramatic tip at that.

Roughly 50 miles in circumference, the island is ringed by 60-foot cliffs, broken intermittently by small beaches, coves, and enticing limestone grottos. Despite the frequented beach areas, you may want to avoid swimming out too far: just a few hundred feet from the shore, the floor of the Indian Ocean drops 3 miles clean to the bottom. Just the thought of treading over that much water makes our stomach flip.

That said, the remote island, with its limestone caves and rich wildlife, is entirely suitable for travelers. Read on to find out how to plan the perfect vacation to Christmas Island.

Luckily, if you're flying in from either of those places, no visa is required to enter Christmas Island. With only 2,000 permanent residents on the island, facilities are somewhat limited (hotel-wise, the Captain's Last Resort gets good reviews).

A small array of shops and restaurants are offered, but then again, nobody really comes here to shop. The most important thing is to secure a rental car, since that's the main means of transportation around the island. Four-wheel drive vehicles can be had for around $60 per day.

Head Straight for the Jungle

With its warm temperatures and high rainfall, Christmas Island is exceptionally conducive to fostering all sorts of wildlife. Nearly two-thirds of the island is designated as national park land, featuring well-marked trails that are highly popular with bird-watchers.

No matter where you end up in the jungle, you won't be short on sightseeing spots. Hugh's Dale waterfall is a stunner, and can only be reached by hiking through the rainforest. Like something out of J. R. R. Tolkien's Middle-earth, along the way you'll pass Tahitian chestnut trees with hulking buttress roots. You'll have to watch where you step, as the floor is littered with small red crabs (this is their home, after all).

Once you arrive at the falls, go ahead and take a shower under the crashing water — not only is it clean enough to drink, it's held sacred by local Buddhists, who believe it's the center of the island's "water universe."

Most people come for the beaches. Since the island is so small and has remained in its natural state for so long, all kinds of colorful fish can be found swimming around the island's narrow tropical reef. On a typical dive with Wet 'N Dry Adventures, you might find yourself swimming with the world's largest fish, the whale shark, which visits Christmas Island from November to April.

You'll likely also encounter all sorts of marine life: dolphins, whale sharks, manta rays, sea turtles, and over 88 species of coral. According to the owners at Wet 'N Dry, 64 diving sites have been discovered on the island.

The Story Behind the Name

Christmas Island got its name from Captain William Mynors, an English seafarer who stumbled upon this unknown blip of land on Christmas Day in 1643, though it wasn't until the late 1800s that the island was properly surveyed.

Today, much of the island's Chinese and Malay populations are descended from imported labor, who were brought here in the 19th and 20th centuries to work the local phosphate mines.

It Should Really Be Called Crab Island

Not only does Christmas Island boast the highest diversity — and density — of land crabs of any island in the world, it's also home to a staggering natural phenomenon. Each October, right after the start of the wet season, 120 million red crabs begin their sideways tiptoeing journey from the depths of the forest out to sea.

As a result, huge tracts of the island appear to come alive with bright red, roving, shell-covered bodies. The sheer volume of crabs makes this a must-see event (certain roads are even shut down to allow safe passage for the crabs), and many refer to it as one of the world's natural wonders. 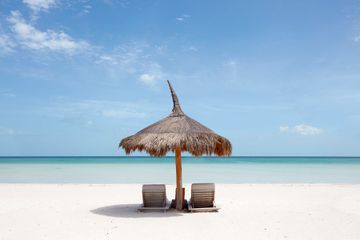 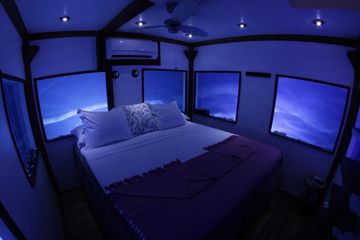 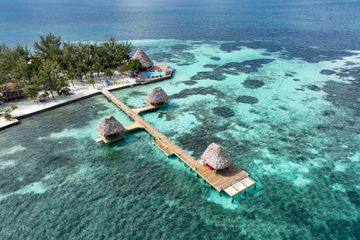 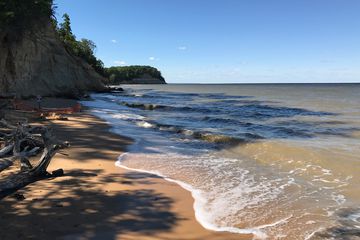