The Rocky Mountaineer launched the Rockies to Red Rocks route in August.

As the morning sun peaked behind the Rocky Mountaineer train, I could tell that my fellow passengers and I were in for a treat. There wasn't a cloud in the sky, so views from the train, with its dome-like sightseeing cars, were bound to be impressive. After all, the jaw-dropping vistas are the main highlight of the Rocky Mountaineer's newest route between Denver, Colorado, and Moab, Utah.

Aptly named Rockies to the Red Rocks, this route is the first U.S. itinerary for the Canadian rail company. It also marks the first time a passenger train has made its way to Moab. These major milestones, along with the grandeur of the route's ever-changing landscapes, drew train buffs from near and far clamoring for a chance to be among the first passengers to ride these rails.

I met folks who had ridden the Rocky Mountaineer several times in Canada, another who explored Japan's high-speed rail system, and even a passenger who spent two weeks on the Trans-Siberian Railway, the longest railway line in the world. Despite our varying levels of train travel experience and expertise, however, we still came to the same conclusion: the Rockies to the Red Rocks experience is not one to miss.

As the train pulled out of Denver for the beginning of our two-day adventure, I settled into my assigned seat. Knowing that I would be on the train for eight hours on day one and five hours on day two, I was happy to find that I had plenty of legroom. My seat could also slide forward to create the effect of reclining without bothering the person behind me — the first of many thoughtful touches I'd experience during my journey on the Rocky Mountaineer.

My favorite feature, however, was the design of the windows, which extended toward the top of the car, allowing for nearly unobstructed views. For the moments that I wanted to feel the crisp autumn air, I went to the vestibule between train cars, where an open window allowed me to poke my head out — safely, of course — and fully immerse myself in the passing scenery. Though the Coloradans on board claimed we were past peak fall foliage, traveling at the end of October (the route typically runs April through November) meant finding trees still colored with bright yellow and deep red leaves, while snow-capped mountains loomed in the background.

We spent two days on the train, with an overnight stay at a hotel in Glenwood Springs, Colorado — home to the world's largest mineral hot spring pool. The hotel stay is part of the Rockies to Red Rocks package, and guests can choose the property that best fits their budget. Since the Rocky Mountaineer is all about top-notch service, we all received our hotel room keys before disembarking and found our luggage waiting for us inside our accommodations. In Glenwood Springs, I took a dip in the hot springs pool, enjoyed dinner at Riviera Supper Club and turned in well before my usual midnight bedtime, knowing we had an early morning wake-up call.

Day two started with watching the sunrise over the mountains and Colorado River. Traveling on the Rocky Mountaineer only during daylight hours meant we always had stunning views to enjoy. Throughout most of the journey, we snaked alongside the Colorado River, watching steam rise when the water was warmer than the temperature outside. My eyes remained glued to the windows, admiring the constant changes in geology and natural color palettes as we passed from dense, green forests to the more bare Rocky Mountains, and eventually the red and brown hues of the buttes and mesas. I also kept my eyes peeled for wildlife like elk, moose, black bears, bald eagles, and ospreys.

Though the scenery was awe-inspiring on its own, what really made it come to life was the colorful storytelling of the staff on board the train. A team of four crew members took care of our train car. Beyond providing us with snacks, coffee breaks, alcoholic beverages, and delectable meals like the coriander-crusted salmon I had for lunch on day one, the crew also entertained us with stories. Along the way, we heard about the history, both past and present, of the communities we passed through, along with some personal anecdotes from the mostly Coloradan crew. Ask me about the endearing tale of where our main storyteller, Mike, had his first kiss, and I could still recite it by memory.

Both the storytelling and service were superb, and since I was seated in the SilverLeaf Plus class, I also had access to a separate lounge car, where even more drinks and snacks were served alongside cozy seating for enjoying the views.

The trip ended in Moab, surrounded by the red rocks that helped named this route. Though the train portion of the trip was over, the adventures were not. Guests have the option of organizing post-trip (or pre-trip if they start in Moab) tours to explore the many offerings in the area. That includes Utah's Mighty Five national parks: Arches, Bryce Canyon, Canyonlands, Capitol Reef, and Zion. Moab also offers thrilling off-road jeep experiences with companies like Outlaw Adventure Tours and mesmerizing stargazing with Moab Astronomy Tours.

Whether you're a seasoned train traveler or new to the experience, an adventurer or someone who likes to admire Mother Nature from afar, the Rocky Mountaineer really offers it all. With the success of this first route, I wouldn't be surprised if the Rocky Mountaineer expands its U.S. footprint, and I, for one, will be among the first to try any itinerary this company creates. 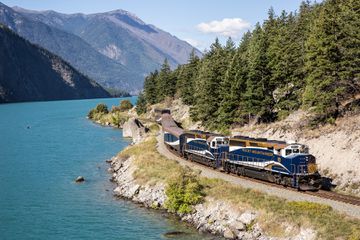 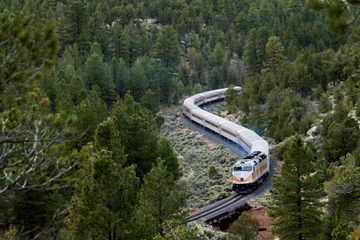 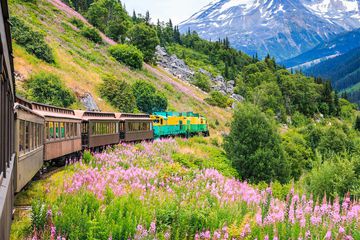 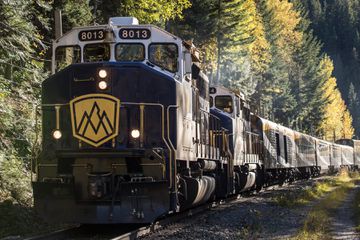 The U.S. Is Getting an Epic New Glass-domed Train Route From the Rockies to Red Rocks 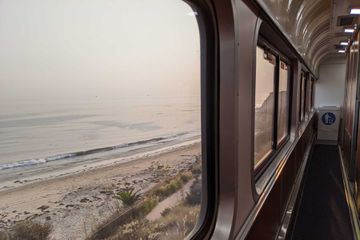