Driving down a winding road with a view of wild cacti and centuries-old coral rock on one side and the deepest blue sea I've ever seen on the other, I was caught between two landscapes that felt like total opposites, yet somehow made total sense.

I soon came to find out that this is the magic of Bonaire.

The Dutch Caribbean island, which sits just above South America and underneath the hurricane belt, is a study in contrasts. Vibrant pink flamingos outnumber people, schools of rainbow-colored fish swim just below the surface of crystal clear water, while wild donkeys flanked by mountains stretched over wide-open land roam free.

Bonaire is the "B" in the "ABC Islands," an under-discovered paradise that is often dwarfed by its more popular neighbors, Aruba and Curacao. In fact, in 2019, the island only saw 157,800 visitors, about 25% of them Americans, according to Statistics Netherlands.

But what it lacks in hordes of tourists, it more than makes up for in authenticity with nary a chain store in sight and no traffic lights to be found.

Deemed a "blue destination," the island focuses on sustainability and has a protected marine park along with an abundance of nature-centric activities from shore diving (there's more than 86 dive sites) to snorkeling underneath mangroves.

Bonaire has removed all prior COVID-19 requirements so the only thing travelers will need is a valid passport, according to the government. Direct flights to the island are available from Miami and Atlanta.

They say there are more flamingos than people on the island, and Elly Albers should know. She's become a bit of a mama bird herself since starting the Bonaire Wild Bird Rehab in 2018 after about 500 baby and fledgling flamingos were found wandering the streets over the course of only a few months.

"I love animals and I think these days when we screw up the world, animals… it's actually great if you have the opportunity to [give] something back," Albers said. "I think we owe that to the world and to animals."

Flamingos aren't the only animals on the island that at times feel like they outnumber people. Bonaire is also home to about 1,100 free-roaming donkeys that can become the unfortunate casualties of things like traffic accidents. That's where Marina Melis steps in, who started the Donkey Sanctuary Bonaire in 1993 after moving from the Netherlands.

Today, the 150-acre sanctuary has about 750 donkeys that have all been rescued after being injured, found sick, or orphaned, ranging from several weeks old to 51 years old. And visitors can even adopt a furry friend to help care for them.

If these donkeys had a hard start in life, you wouldn't know it by looking at them. I was quickly introduced to Buddha, about 10 years old and small for her age with a slightly different walk than the other donkeys, but who made her presence known with a plucky attitude as she followed me around asking for pets. Then there was Teddy, a 2-year-old girl whose mother couldn't take care of her and who was more interested in my phone than just about anything else.

Packing to go home after a whirlwind of a trip, I thought about all the island had shown me over the last few days. Bonaire is more than just its gorgeous Caribbean water, more than just the great food (and there was plenty of it), it's a place you had to see with your own eyes — and I'm so glad I did. 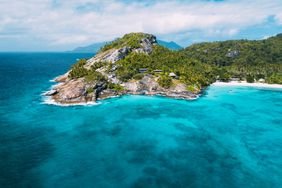 This Island Has the Clearest Blue Water You've Ever Seen — and It's Only 1.3 Miles Long 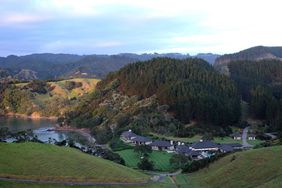 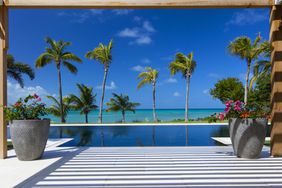 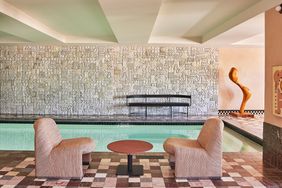