After protests calling for racial justice, travelers are seeking out Black-centric storytelling in the places they visit.

Texas has long branded itself as part of the West, playing up cowboys and rodeos and playing down the history of slavery and segregation it shares with other Southern states. Most of the 30 million people who visit Austin in a typical year go for the music, the food, the swimming holes; Black history has so far been less of a draw. But Javier Wallace, who founded Black Austin Tours in 2019, aims to tell those lesser-known stories.

Wallace's family roots in the Austin area date back 200 years, and he explores this personal history in his two-hour excursions through the city's East Side. Like many, he's led his trips virtually in recent months. When I joined him over Zoom, he talked about how the Austin City Council forced Black families into a Negro District in 1928; legal and de facto segregation at the city's renowned parks and pools; and a 19th-century economy powered by plantations—including Ancient Oaks, where Wallace's ancestors were enslaved.

"We walk every day in these historical injustices," he says.

One important landmark on his tour is the Texas state capitol, a Renaissance Revival building in the heart of Austin constructed by Black prisoners in the 1880s. Wallace connects the story of the building's construction to broader topics, including convict labor, mass incarceration, the policing of Black communities, and the killings of George Floyd and Breonna Taylor.

Nationwide protests against racial injustice in the spring and summer of 2020 have touched many aspects of American life — including the way we travel. Since then, Wallace tells me, he's noticed a major uptick in interest in his tours and, among the white visitors who seek him out, a desire to learn about the Black experience and become better allies.

"Did I start this tour in response to June?" Wallace says. "No, because this has been going on since 1492."

The protests have also prompted another look at the importance of Black representation at historic sites in Virginia — and a push to ensure Black visitors feel safe and welcome. To that end, Richmond — once the capital of the Confederacy — is growing its initiative BLK RVA, which celebrates Black culture and businesses. Montpelier, the home of President James Madison, tells the stories of the estate's enslaved people in consultation with their living descendants, and Ben Lomond Historic Site, a plantation house in Manassas, has a new virtual reality tour focusing on the lives of its enslaved people.

"Has something really changed this time?" asks Rita McClenny, president and CEO of the Virginia Tourism Corporation. "Yes, but change is always incremental."

Southeast of Fredericksburg, an ambitious restoration is under way at Menokin, where the delicate ruins of a 1769 plantation home are being partially encased in glass. Honoring the enslaved is one of the site's objectives, says Pia Spinner, Menokin's education research assistant. The grounds have been open to visitors throughout the restoration work, but last spring and summer, Menokin added deeper discussion of the lives of enslaved people in Virginia to its tours.

At the McLeod Plantation Historic Site, in Charleston, South Carolina, the mission has always been to focus on the Black experience, according to Shawn Halifax, its cultural history interpretation coordinator. "The attention paid to Black voices by historic sites and museums has been a growing movement that really began in the 1970s," he says. The growth of Black Lives Matter since 2013 has accelerated the shift — as well as the fact that Dylann Roof photographed himself on a visit to McLeod before murdering nine people in a Black church in Charleston in 2015.

Back in Austin, Wallace is planning to hire additional guides and develop new tours — including one focused on the downtown area — thanks to increased demand and a coveted Heritage Tourism Grant from the city. He wants to demonstrate that Black influence extends beyond the East Side. "The contributions, experiences, and history of African people in this city," Wallace says, "are in every nook and cranny."

A version of this article first appeared in the February 2021 issue of Travel + Leisure under the headline Black History Tours Are Finding a Broader Audience. 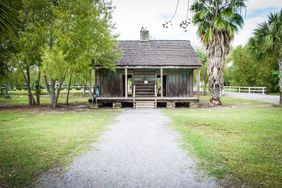 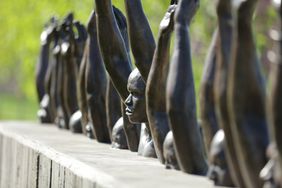