There’s a reason people joke about New Mexico as “The Land of Entrapment.” I moved to Santa Fe in 1995 to work for Outside magazine and I’m still here. In addition to the beautiful skies, the clean air, and the singular culture, Santa Fe has exceptional terrain for mountain biking, road cycling, hiking, and alpine skiing. I am Contributing Editor to Outside, and my stories have also appeared in O, the Oprah Magazine, National Geographic Traveler, Men’s Journal, and others. On most days you’ll find me riding, running, hiking the trails around Santa Fe.

Whether you're a practicing Catholic, a Buddhist, an atheist, or any belief system in between, there's no denying that northern New Mexico's Catholic churches, the oldest of which dates back to 1610, are some of the most important historical structures in the United States. The crumbling adobes and powerful stone edifices have harbored both miracles and madness throughout the centuries, depending on which historical lens you use to interpret northern New Mexico history. Some churches, like Santuario de Chimayo, 30 miles north of Santa Fe, still hold such power among Catholics that thousands of believers from around the world pilgrimage to the holy site on Good Friday to seek blessings, pray for intercessions, and to scoop up a teaspoonful of holy dirt, which is said to hold miraculous cures. Whether you see these churches as monuments to faith or monstrous tendrils of the Catholic Church, they are still beautiful works of art and worth a stop.

Nestled in the village of Chimayo along the High Road to Taos, this tilting, toy-like adobe structure feels like it belongs in a Gabriel Garcia Marquez novel, especially the prayer room adjacent to the sanctuary, where in the center of the dirt floor is a round hole where pilgrims collect holy dirt that has been known to heal.

The Cathedral Basilica of St. Francis of Assisi

This centerpiece of Santa Fe, which is still very much in use every Sunday morning, was commissioned in 1850 by Santa Fe's first Bishop, the French priest John Baptiste Lamy. The stalwart Romanesque church, built by Italian stonemasons, is memorialized in Willa Cather's 1927 novel, "Death Comes for the Archbishop."

A popular wedding site, diminutive Loretto Chapel in downtown Santa Fe is world-famous for its circular wooden staircase. Built by an unidentified man who showed up in 1879 with a donkey and a toolbox, his staircase has two 360-degree turns, no visible means of support, and has wooden pegs instead of metal nails. The faithful believe that the mystery man was St. Joseph.

Built in 1780, this humble adobe is one of the best-preserved Spanish Colonial mission churches in New Mexico. It's still an active parish, so time your visit on a Friday in order to step inside to see the beautiful altar painted in 1860 by Mexican santero Jose de Gracia Gonzales.

Built somewhere between 1610 and 1617, this unassuming adobe that sits next to a pizza parlor is the oldest Catholic church in the United States. It's still impressively intact despite being damaged during the Pueblo revolt of 1680. 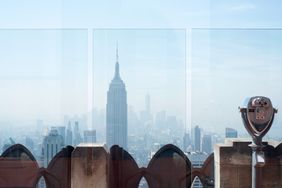 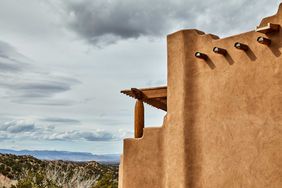 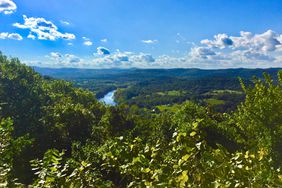 This Ozarks Destination Was Just Named One of the South's Best Mountain Towns — With Healing Springs, Hiking, and a 'Glass Church' 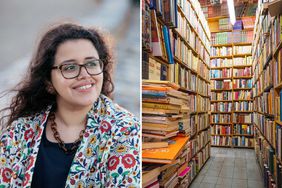 The Best Hidden Gem Shops, Bars, and Restaurants in Mexico, According to Locals 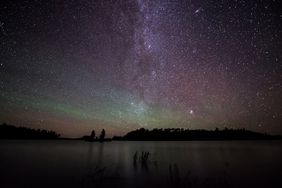 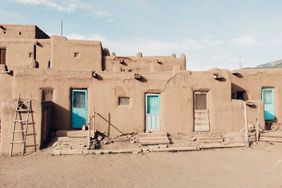 This Small New Mexico Town Offers Hot Air Balloons, Horseback Rides, and Some of the Best Hikes in the American Southwest 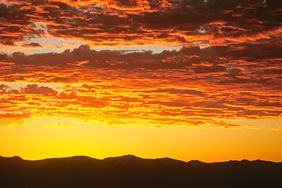