Amy Farley is a writer and editor based in Brooklyn, New York. She is the senior editor of Fast Company, where she oversees the publication's Next section, covering innovation and creativity in business, and helps direct the magazine's annual Most Innovative Companies franchise, which recognizes pioneering businesses across dozens of industries. Previously, she was the news editor and columnist at Travel + Leisure, where she headed up consumer news and spearheaded the magazine's coverage of environmental and social justice issues. * 10+ years of experience working as a writer and editor * Received a bachelor's degree in English literature and religious studies from Brown University * Received a master's degree in journalism from New York University

Q: Can you recommend any companies that are good for solo travelers? —Carolyn Hall, Chicago, Ill.

A: A couple of months ago, after my daughter had passed through the dependent stage of infancy, I started to get the itch to take a big trip. The problem, my husband and I realized, was that one of us was going to have to stay home to take care of our kids. (With two of them under the age of four, it’s not a job that’s easily outsourced.) I would be traveling solo.

The good news: where there used to be a stigma associated with hitting the road on your own, there are now an increasing number of companies that recognize the value of single travelers. Tour operators and cruise lines have become more accommodating in recent years, creating special programs for unaccompanied travelers and waiving the often-steep single supplement (an additional charge for unfilled space) that they usually tack on to such trips.

In my case, I chose a safari in Botswana’s Okavango Delta. And although I left somewhat reluctantly, I can honestly report (with apologies to my husband) that I had an even more remarkable time for being on my own. I often had safari vehicles and bush planes all to myself, and I had the undivided attention of my guides. Over meals and during shared game drives, I developed an easy camaraderie with people from around the globe. At night, lions, hippos, and elephants congregated outside my tent. I was alone, but never lonely.

The best of solo travel does just this: offers you all the solitude you crave, while also facilitating meaningful encounters with other people.

Not long ago, it was common to see a 100 percent surcharge on solo cruises. And though that’s still the case on some ships, the landscape is changing. Norwegian Cruise Line has a class of Studio cabins tailor-made for single travelers and priced at roughly 30 percent less than a double stateroom on its Epic, Breakaway, and Pride of America ships. Lindblad Expeditionsoffers single-occupancy cabins on its National Geographic Explorer and Endeavour (and soon Orion) ships for about a third off a regular room. Other lines, meanwhile, have simply been reducing the supplement: Silversea and Azamara Club Cruises often drop it to 25 percent, and Crystal Cruisesgoes as low as 10 percent. Grand Circle Cruise Line has no single supplement for its small-ship cruises.

River cruises, in particular, have been rolling out the welcome mat for singles. Companies such as AmaWaterways, Uniworld, and Avalon Waterwaysregularly waive the supplement altogether. AmaWaterways and Viking River Cruises also have a small inventory of single staterooms on some ships; book early to get them.

To keep track of specials geared toward solo travelers, it’s best to work with a travel agent. T+L A-List advisor and cruise specialist Mary Ann Ramsey, with Betty Maclean Travel in Naples, Florida, points out that not all ships have the right atmosphere and amenities for solo travelers; a good agent can steer you toward the best one.

As with cruise lines, tour operators are offering more value for solo travelers—and are becoming adept at keeping group tours inclusive. Overseas Adventure Travel has no single supplement on any of its 44 land trips. (See T+L’s 2013 Global Vision Awards for more on the company.) Tauck is reducing the surcharge on more than 30 of its 2014 land tours; Abercrombie & Kent either waives or lowers it for dozens of trips. (Both operators also frequently ditch the supplement on river cruises.)

Room rates at most African lodges are based on double occupancy, making solo safaris quite expensive. But some companies, notably Singita, which has luxury camps and lodges in Tanzania, Zimbabwe, and South Africa, are breaking with tradition and abandoning the single supplement. There are also opportunities for savings during the off-season. Micato Safaris, for example, slashes its supplements for East Africa departures in April and May. Wilderness Safaris waives the charge for flights and accommodations on trips throughout southern Africa from November through April 15. (I visited in early April, and the game viewing was spectacular.)

Again, the key is to book through an agent or safari operator who will know where the deals are and can place you with other solo travelers. Leora Rothschild of Rothschild Safaris also notes that picking the right camp is crucial. You’ll want one with family-style dining and not an overabundance of honeymooners.

35: The percentage of solo travelers on tours offered by Overseas Adventure Travel.

Have a travel dilemma? Need some tips and remedies? Send your questions to news editor Amy Farley at tripdoctor@timeinc.com. Follow @tltripdoctor on Twitter. 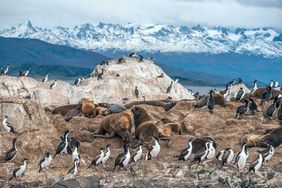 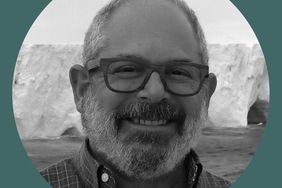 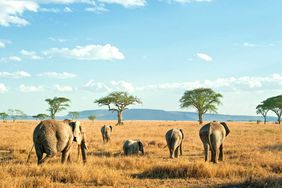 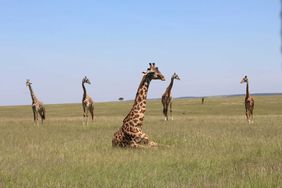 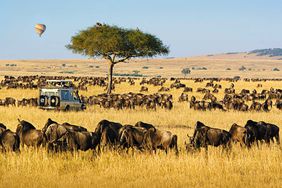 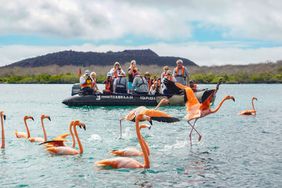