Originally from England, Matt Chesterton moved to Argentina for love in 2002 and has lived in Buenos Aires ever since. Over the past few years, he has written or edited books and articles for a variety of publishers, including Time Out, Wallpaper, SmartPlanet, Departures, and the British Automobile Association. In his spare time, he translates film scripts, organizes charity pub quizzes, and spends time with his daughter, Millie. * 20+ years of experience living in and writing about Argentina * Author of Insight Guides' "Argentina"

Porteños love looking at pictures—and sculptures and videos and installations… Indeed, BA’s reputation as a predominantly literary city feels increasingly out of date, as more and more people make space in their calendars for art shows and exhibitions. To cite a recent example, Japanese artist Yayoi Kusama’s 2013 MALBA retrospective caused a sensation—and lines that snaked around several blocks. Another welcome trend is the emergence of exhibition spaces in neighborhoods off the beaten art trail. Faena Arts Center in posh Puerto Madero and Usina del Arte in gritty La Boca are contrasting examples of this diffusion of art away from its traditional bastions in Recoleta and Palermo.

I’ve listed five major institutions here, but serious art buffs will want to poke around the independent galleries and pop-up venues which more than anywhere else, set and chart the creative course of the city’s art scene. Right now, nothing is hotter that street art. Look out for it on walls, railway arches, and within the hip confines of Galería UNION.

Best museum and art gallery in Buenos Aires? Best cultural venue period is my uncontroversial assessment. The permanent collection is a Who’s Who of Latin American art history, with innovators of the caliber of Frida Kahlo, Diego Rivera and Tarsila do Amaral all represented. Temporary shows please the crowds—even the ones that aren’t obvious crowd pleasers. Be sure to exit through the hip gift shop.

From the “readymades” of Marcel Duchamp to the hyper-realistic sculptures of Ron Mueck, exhibits at this beautifully recycled waterfront warehouse have done more than anything to internationalize the Buenos Aires art scene. Enjoy the show and then ascend to the third-floor café, whose terrace overlooks La Boca’s old docks in all their romantic decrepitude.

Panama-hatted hipster Alan Faena has never seen an old building he didn’t want to recycle. Following on from the success of his Hotel + Universe (grain silo) comes this space (flour mill) dedicated to temporary exhibitions and events. The Center’s cavernous dimensions have lent themselves to site-specific projects, such as German photographer Franz Ackermann’s 25-panel “mental map” of Buenos Aires.

Because it’s not funky or newsworthy or groundbreaking, Argentina’s National Fine Arts Museum sometimes gets forgotten. This is a shame. Nowhere else comes close to matching MNBA’s collection of 19th- and 20th-century Argentine art, including authentic masterpieces such as Ernesto de la Cárcova’s Sin pan y sin trabajo and Antonio Berni’s Juanito Laguna aprende a leer.

What could be more appropriate than that a power plant built in 1916 in the style of the Florentine Renaissance should reopen in 2012 as an art gallery and cultural center? The restoration has been wonderfully executed (take a guided tour to get the full story), creating several exhibition and installation spaces and a symphonic concert hall. 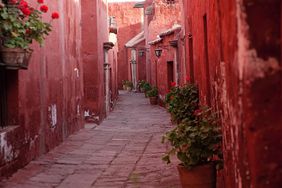 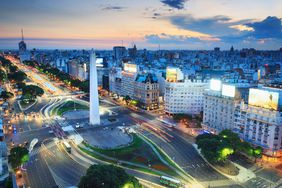 VIDEO: Five Things to Do in Buenos Aires

These Are America’s 20 Most Cultured Cities 2015 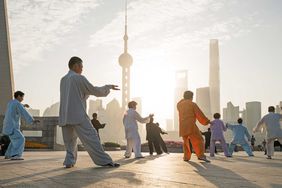 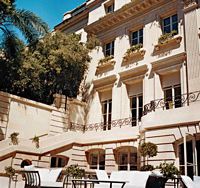 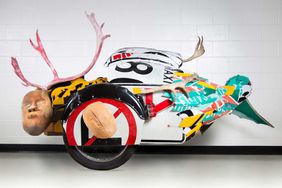