Zipolite is quickly rising as a popular destination among LGBTQ+ travelers in the know.

For years, queer travelers visiting Mexico have beelined to Puerto Vallarta, lured by its packed nightclubs, lively terrace bars, and LGBTQ-friendly atmosphere. Lately, though, a tiny Oaxacan beach town called Zipolite has drawn more and more travelers, in part because of its departure from Mexico's more polished destinations.

"What drew me to Zipolite was the openness and freedom to be who you are or want to become," Vincente, the owner of ChiZme (Zipolite's first official queer bar), told Travel + Leisure. "It was a refreshing change from the overdone, overpolished, glitzier places...The rawness and the freedom were and are the enchantment of this place. The icing on the cake was that it was gay-friendly."

That freedom comes from many sources. For starters, Zipolite is Mexico's only official nude beach. It's also relatively isolated, with just two small airports around an hour away over twisting, turning, and deeply rutted roads.

But Zipolite's countercultural roots go back deeper in history. Fishermen were the only residents here until Gloria's Shambhala opened its doors in the 1970s. This hammocks-and-huts spot on the rugged western end of the beach quickly drew intrepid hippies and backpackers looking to escape it all. The neon sunsets, breaching whales, and mile-long crest of golden sand only sweetened the deal.

Provincetown, A Longtime Haven for LGBTQ Travelers, is the Perfect Laid-back Beach Town

Despite its gay-friendly reputation, there were no explicitly queer destinations in town until 2018, when Vincente opened ChiZme. "I originally wanted to open as a small queer coffeeshop to provide the LGBT community with a small, safe gathering space to call our own (since Zipolite had no such place)," he said. "But in this heat, who wants coffee? So a bar it quickly became."

ChiZme recently moved into a larger space, and the town's official LGBTQ-friendly offerings now also include Demetria, located right on the beach. Even more recently, DJs from Mexico City's queer club scene — including Traición — have been throwing parties at beachfront venues and on Playa del Amor (Zipolite's de facto queer nude beach, and one of its prettiest).

While Zipolite's hippie hedonism is definitely a traveler magnet, the town's holistic side is equally alive. Hugo Valton, chef and owner of Les Délices, moved to Zipolite in 2019 after a seven-year stint as a marketing manager in Mexico City. "Zipolite was the perfect spot for me," he told T+L. "It's an oasis for mindfulness and offers health for the body and spirit: great fruits and vegetables, luxurious vegetation, medicinal plants, handcrafted products, yoga and meditation classes, great air quality, and tranquility."

That led him to plant deeper roots in Zipolite. "I always wanted to live on the beach and in a quiet place," he said. "I first ran a guest house to finally make my dream come true and opened my French restaurant, Les Délices, in December 2020."

Of course, with the town's bohemian atmosphere drawing more and more visitors (and more big-money development), Zipolite could easily turn into an overtouristed destination. And that's not lost on residents.

"Zipolite has always attracted a very cosmopolitan alternative crowd," Vincente said. "Not a day goes by where I don't hear at least four or five languages." However, bigger, influencer-ready hotels have already planted beachside roots and loud beach clubs are becoming more common. "We have alternative tourists that can deal with less-than-ideal comforts, but little by little, they want more things that will take away from what makes Zipolite special," he continued. "Once upon a time a hippie haven, the current renaissance is a bit less raw, a bit less rustic."

For now, though, Zipolite is an under-the-radar dream for queer travelers who don't mind being a bit unplugged. Literally. "Fortunately we have lousy internet and cell phone service, so that will limit some of the tourists we get," Vincente said.

Read on for a quick cheat sheet on Zipolite's greatest hits.

Luxe comforts aren't Zipolite's strong suit — few hotels offer air-conditioning, and stable Wi-Fi is a pipe dream. El Alquimista is one of the higher-end offerings in town and has a secluded spot at the west end of the beach. Rooms range from beachfront bungalows to hillside suites, and the beachfront here can feel like a queer bar on busy days. But if a pool and air-conditioning are a must, check out Villa Aikia, which faces west on a rocky slope with stellar views of Playa Camaron and incredible sunsets. Casa Nudista — near ChiZme in town — also makes for a great queer-friendly option.

Start your day off by tucking into breakfast with a view at Gula Gula, where handmade breads and pastries pair well with fresh tropical juices. Healthier, but equally awesome, breakfasts are on offer at Valton's restaurant, Les Délices, which is right in the middle of town (though he also whips up excellent sweets and pastries for the more indulgent foodie).

For lunch, flag down one of the vendors that ply Zipolite's beach. Tacos dorados — filled with potatoes or fish and slathered with intensely spicy guacamole, lettuce, and queso fresco — are standard, though everything from chili-garlic roasted peanuts to tamales are on offer as well.

For dinner, La Providencia is one of the most romantic spots in town and has great seafood, while Entropia is a phenomenal choice that uses local Oaxacan ingredients and sits right on Zipolite's main drag.

Just off the Adoquín (Zipolite's main drag and town center), Vincente's ChiZme is the go-to for drinks in good company. Plus, as the first queer bar in Zipolite, it's a part of history. Alternatively, Demetria sits right on the beach and slings cocktails with a side of reggaeton. It's also worth checking out Lyoban guest house, which has excellent sunset views and has recently been known to host queer-friendly dance parties right on the sand. 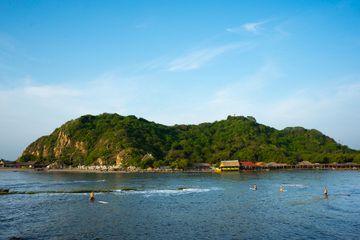 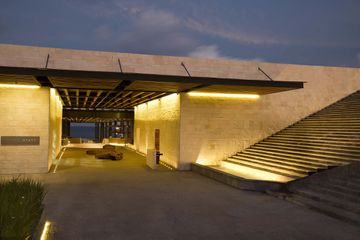 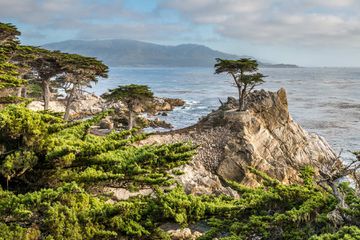 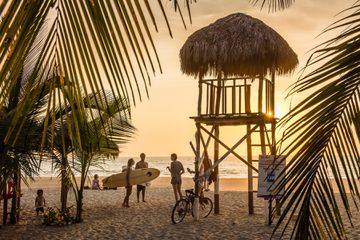 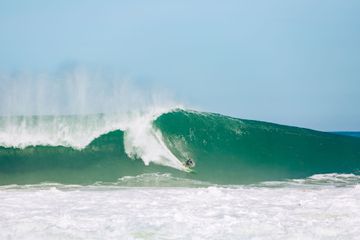 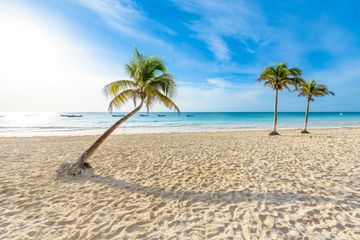 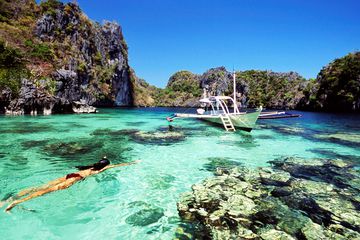