Portugal Is Booming — but in This Tiny Seaside Town, Life Moves as Slowly as Ever

One writer finds her own private Portugal in Porto Côvo, a fishing village in the Alentejo.

The Alentejo region is Portugal's largest, covering much of the southern third of the country, and its least densely populated. The terrain varies wildly — from vineyards and rolling farmland dotted with cattle to sprawling, shadowy groves of cork trees — and the culture is rooted deeply in land and sea. Nearly everyone in Portugal has a place in the Alentejo to reminisce about — a personal Eden. For me, that place is Porto Côvo, a seaside town about two hours south of Lisbon.

Porto Côvo gained prominence as a trading post for the Carthaginians. And while much history, and many populations, have shaped the coast over the years, this whitewashed fishing village retains the languid pace common to tiny, ancient places.

An increase in overseas tourism (and newfound affluence in Lisbon) has recently brought an influx of weekenders to the Alentejo, but Porto Côvo remains sleepy. No crowds throng the praças, the cobblestoned village squares. It's easy to find yourself alone on a secluded fine-sand beach, staring out at the wild swells — where you'll often see the growing community of surfers who have fallen in love with Porto Côvo, thanks in part to Alentejo native André Teixeira and his pioneering surf school, Costazul Surf. You can wander out of shouting distance from other humans as you walk a portion of the Rota Vicentina, 280 miles of peaceful trails running along the coast and into the interior. The path incorporates a historic pilgrimage route, with devoted travelers traversing the entire length to Cabo de São Vicente — where a lighthouse now stands on the ruins of a Franciscan monastery. Pousadas have sprung up along the way to accommodate them.

My husband and I first visited Porto Côvo when I was four months pregnant with our twins. Everything was about to change for us, so we were happy to submit to the region's slowness with long strolls and lazy lunches. I often clambered down one of the steep staircases to the beach, where Atlantic surf pounded the yellow sand, to take a good nap under the rocky cliffs. When I imagine these beaches' rugged, seafaring past, it stirs in me that distinctive Portuguese feeling of delicious longing: saudade.

Climbing back to the village, I would head to one of Porto Côvo's tiny restaurants. Most are simple spaces hardly decorated save for colorful tile behind the bar. No matter which one I chose, a basket of soft bread with fresh butter would come out first, accompanied by local goat cheese and sardine pâté, its richness cut with briny olives. I would pause between bites to order a carafe of the local white wine. (The ancient Phoenicians and Greeks brought viticulture to the Alentejo, and the wine, reflecting its terroir, is redolent with stone and salt.) My order became routine: presunto de pata negra, the well-marbled ham of the black pig; a bowl of clams cooked in white wine; and a platter of the morning's catch. At Taska do Xico, that means choco frito (fried cuttlefish), which you can eat with your fingers and a generous squeeze of lemon. At Zé Inácio, the specialty is grilled octopus curled atop boiled carrots, potatoes, and cabbage.

We later returned to Porto Côvo with our 18-month-old twins in tow. The Portuguese adore children, who are welcome everywhere — including at our favorite inn, Cabeça da Cabra, a few miles outside town. Owner Maria Santos grew up nearby. After many years of working long hours in Lisbon, she bought an old schoolhouse, sight unseen, and slowly converted it into a small hotel. Over the years, she herself has also transformed. A former engineer, she now spends her days preparing breakfasts with fruit from her garden, tending to her olive trees, and hanging the wash while donkeys bray in the fields.

It was through Santos that we discovered our favorite restaurant in Portugal: O Amândio, lovingly nicknamed "Julinha" in honor of the matriarch who still works the massive wood-fired grill. Whenever we go, which is now often, we order whatever Julinha has on special, whether it's morcela, the local blood sausage, or whole grilled robalo. After rubbing elbows with locals at the communal table, we often go for a leisurely drive up the coast.

On our most recent Porto Côvo visit, looking for a bit of space to spread out, we found a villa called Casão. Its name translates, literally, to "big house." This whitewashed former coal silo on the outskirts of town has a terrace that catches the sea breeze and looks out on the open ocean and Pessegueiro Island. Our children rushed to throw open the French doors, delighted at the nearness of the wild Atlantic. My husband and I poured glasses of wine and ate local cheese on the sandy stairs overlooking the rocks. We watched the twins pointing excitedly at the gulls diving for their supper. This is my Porto Côvo: fleeting saudade and sweet nothingness, golden sunlight and the smell of the sea.

A version of this story first appeared in the November 2019 issue of Travel + Leisure under the headline My Own Private Portugal. 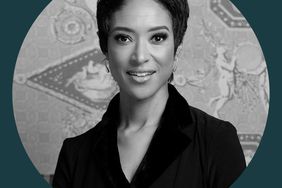