50 Years of Cancún: How the Beachfront Haven Became a Favorite Tropical Retreat

The origin story of this destination, which paved the way for Quintana Roo travel.

In the 2020s, Cancún hit a major tourism milestone: 50 years of Cancún. Cancún technically originated in 1970, but was officially recognized in 1974 when Quintana Roo became a Mexican state. There are a number of resort towns that happened just by chance — one hotel popped up and the tourists followed. That's actually not the case with Cancún: The Cancún Project, approved in '69, had every intention of bringing in resorts and luxe hotels to an undeveloped stretch of pristine beachfront. Yucatan Magazine, in fact, called this project the government's plan to build a "multimillion-dollar playground."

And that's exactly what they did. It was meticulously planned — the Mexican government scouted land and brought in their best architectural minds in the late '60s to plan the over-the-top development. The Cancún Project planned for a tourism area with hotels, shopping areas, and other attractions (still, to this day, called the Hotel Zone); a residential area for those who would choose to live in Cancún; and a designated international airport servicing the area.

What's truly impressive about the plan is how calculated it was. The government, banks, urban planners, architects, and other infrastructure professionals gathered years of intel in order to activate Cancún without a hitch. They studied the success of resort towns they hoped to emulate, from Hawaii to the Caribbean, to bring their goal to life. More impressive still was their candor about the goal of Cancún: to monetize this stretch of land, leverage the country's natural offerings, and bring more tourism dollars into Mexico.

Flash forward to today — it's been 50 years of thriving tourism in Cancún. And thanks to the plans of the 1970s, Cancún has not only soared in popularity, but expanded considerably. Beyond Cancún, there are now nearby resort communities in Playa del Carmen, Mayakoba, Isla Mujeres, Isla Holbox, Akumal, Cozumel, and more — all of which are extensions of that first tourism zone they broke ground on in 1970.

The greater Cancún area has really adapted far beyond what the original developers could have imagined. The plan was to build one resort-centric tourism area, but this stretch of beachfront has now taken on a mind (and life) of its own. Some corners have become more private versions of the Hotel Zone — like Mayakoba, a 500-acre enclave with coveted luxury hotels. The islands off the coast of Cancún, from Cozumel to Isla Holbox, offer intimate stretches of beach and island flavor for visitors looking to explore beyond the beachfront city. And, of course, communities like Tulum along the Riviera Maya have also risen to popularity on the heels of Cancún.

Ultimately, the Cancún Project has created a ripple effect across Quintana Roo, with the airport and initial infrastructure paving the way for further development and tourism. 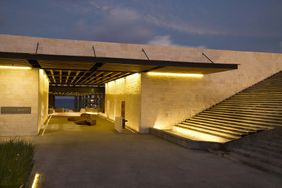 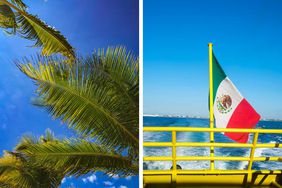