Is This The Most Dangerous Stretch Of Water In The World?

When the River Wharfe rolls through the English countryside near Bolton Abbey in North Yorkshire, it looks like a tranquil stream, gently bubbling past moss-covered rocks. But the river hides a deadly secret.

According to a new video by British fact-seeker Tom Scott, the narrowest part of the river, called the Strid, appears to be a humble forest creek but is actually one of the most lethal stretches of water in the world.

Beneath the river’s idyllic appearance lies a treacherously fast current rushing over a deep underwater channel and undercut, rocky banks that make it difficult to climb out of if you do fall in. It has cost many, many people their lives over the years and its reputation for tragedy was even noted by poet William Wordsworth in his poem, “The Force of Prayer”.

The dangerous conditions come from the river’s dramatic narrowing, where it shrinks from a rolling river 30 feet across to a mere six-foot span—which tempted thrillseekers to try to jump it in a single bound.

As Scott notes in his video, “This is just an innocent-looking stream in the middle of some woods. You could jump over it. People occasionally do. But if you miss that jump, it’ll kill you.” 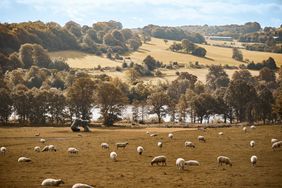 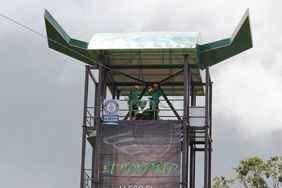