This 100-room luxury resort is part of the kingdom’s massive campaign to boost tourism and develop an international reputation for its stunning AlUla Region. But will people actually show up?

Never mind the pandemic: There’s a lot happening these days in the northwest deserts of Saudi Arabia.

This once-desolate region is in the midst of a building boom, with numerous high-end hotel brands rushing to create a tourism industry from scratch. Leading the way is Habitas, the upstart hospitality company that’s bringing a sustainably built, 3D-printed resort to AlUla before the end of this year.

“Habitas wants to redefine the idea of luxury — for a long time it implied material luxury and isolation,” says Habitas co-founder and CEO Oliver Ripley. “We believe that luxury is something that cannot be bought or sold; rather it is a feeling that exists in the experiences and memories we create with others. We call this luxury for the soul.”

Key to fostering that feeling will be the property’s 100 stand-alone capsules made from laminated wood, aluminum, and other light-on-the-planet materials that Habitas constructs, flat packs, and then ships to the site for construction. (Yes, it’s rather like Ikea.) “We use CAD and digital 3D models of our rooms and structures, which we then translate into the machines that automate fabrication of the room structures and panels,” Ripley says. “Our development process is end to end. We design, manufacture, develop, and operate and so we are able to control the entire value chain from the materials we use.”

Sustainability is a key consideration: The entire resort will be free of single-use plastics and much of the power will be supplied by solar panels. There will also be a wellness center — for yoga sessions and spa treatments — and a pool, plus a restaurant featuring “Middle Eastern cuisine,” Habitas says.

But key to the whole experience is the unique Habitas model, which centers the hotel around shared “rituals,” like sunset ceremonies, a “sound sensorama,” and bracelet gifting. As the brand’s poetic manifesto reads: “We believe that beauty, love, and sharing combined with elevated, mind-blowing experiences are needed now more than ever. We believe that the world needs new spaces, places, homes, and temples, where like-minded souls can connect and grow, and dance until 4 a.m.”

Late-night dancing aside, the surroundings promise to be as much an amenity as anything Habitas comes up with. The AlUla region is a place of golden sands, Utah-esque sandstone arches, and ancient ruins that call to mind the wonders of Petra, Jordan. It’s home to a UNESCO World Heritage site — the stunning Al-Hijr Archeological Site — and it has also played host to monumental art installations that engage with the desert environment. (None other than Hypebeast called those pieces “striking.”) No wonder other hotel brands are also working on new properties in AlUla, including Aman, as Travel + Leisure reported last summer, and Banyan Tree, the luxury brand with a strong portfolio in Asia.

Much of the development comes at the urging of the Saudi government, including Crown Prince Mohammed bin Salman, which aims to turn AlUla into one of the kingdom’s go-to tourism destinations as part of the Saudi Vision 2030 program. Though the country only just began issuing tourist visas in 2019, Saudi Arabia has embarked on a massive campaign to make tourism a key part of its future economy. As The New York Times reported in late 2019, “billions of dollars are being poured into vast tourism projects throughout the kingdom, from flashy resorts to new airports, in a bid to shift the economy away from its dependence on the petroleum industry and the government jobs it finances.”

Overseeing the development of the region is the Royal Commission for AlUla, which was created in 2017 to help improve infrastructure and safeguard historical sites. “AlUla is a destination of global significance with 200,000 years of human history and culture,” Amr AlMadani, the commission’s CEO, told T+L by email. “Elaborately carved tombs, petroglyphs, and inscriptions in the rocks tell the secrets of human ingenuity and ancient civilizations. ‘Transformative’ is a word I’ve often heard used by visitors describing their experience at the heritage sites,” AlMadani added.

Habitas aims to be a part of that transformation. With a soft opening planned for December 2020, it could be well timed to capitalize not only on the curiosity of travelers for a place few have visited but also for meaningful adventures after months of lockdowns and travel restrictions. The lodge will offer a huge range of immersive activities aimed at introducing visitors to Saudi culture and history.

As is the case at other existing Habitas properties, in Tulum and in Namibia, community engagement will play an outsize role, says Ripley, the CEO. “Our guests form part of a global community who don’t identify themselves by the jobs they do, or with material possessions or labels, but through a shared mindset and set of values seeking to live a life with purpose and inspiration,” he says. “We want people to have experiences that will remain with them long after they leave AlUla.”

Other options for guests will include desert excursions, trekking through canyons, horseback riding, and even survivalist skills workshops. Habitas will host concerts of traditional music and lectures on Saudi society; art walks and Arabic calligraphy classes will also be on offer. There will be efforts to support local communities, as well, connecting guests with local farmers, schools, and artisans for off-property experiences that provide a window into rural Saudi life.

But Should You Go?

Of course, no matter how many new hotels pop up, Saudi Arabia is a destination unlike any other. “Norms for public behavior in Saudi Arabia are extremely conservative,” according to the U.S. Department of State, which presently advises citizens against traveling to the kingdom due to both the risk of contracting COVID-19 and “the threat of missile and drone attacks on civilian targets.” The UK Foreign and Commonwealth Office similarly warns that “terrorists are likely to try to carry out attacks in Saudi Arabia. Attacks can be indiscriminate, including in places visited by foreigners.”

The State Department offers additional advice: “Tourists are expected to dress modestly in public, avoiding tight fitting clothing or clothes with profane language or images; women are not required to wear abayas or cover their hair but are expected to cover their shoulders and knees, and men should not go without a shirt. … Social media postings which contravene cultural standards can have legal and/or criminal consequences.”

Some have questioned the ethics of visiting the kingdom, which is an absolute monarchy, at all. Negative comments flooded the accounts of a number of social media influencers after they visited Saudi Arabia on government-sponsored trips last fall. A recent Amnesty International report asserts that, in 2019, Saudi “authorities escalated repression of the rights to freedom of expression, association and assembly. They harassed, arbitrarily detained and prosecuted dozens of government critics, human rights defenders, including women’s rights activists, members of the Shi’a minority and family members of activists.”

But for Ripley, of Habitas, going to see the kingdom first-hand is part of better understanding it: “I was not sure what to expect when I first went to [Saudi Arabia], but I was blown away by the people I met, the culture, the history, and how diverse the landscape is. Change takes courage and one of our company values is ‘be the change,’” he says. “A better future depends on our mutual understanding of one another. The world now more than ever needs compassion and travel is an incredible gift to enable this.”

Travel + Leisure has previously written about the complex considerations that travelers should make before deciding to go. With the continued building boom underway in AlUla, more adventurers may soon be asking themselves whether 2021 is the time. 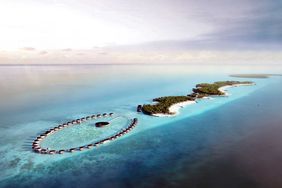 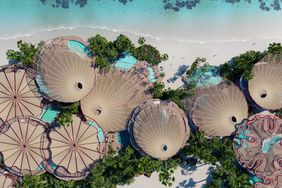 This Jaw-dropping Archipelago Is Set to Open in 2022 With Stunning Beaches, Desert Dunes, and Volcanoes 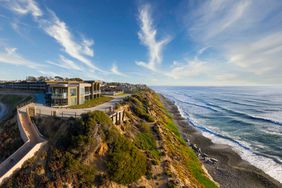 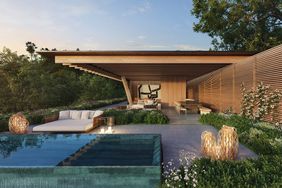 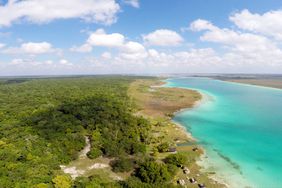