The Bahamas Says It’s Open for Tourism After Hurricane Dorian. Here’s What You Need to Know. (Video)

Images of the Bahamas battered by Hurricane Dorian are everywhere. And while the storm’s impact on several islands was severe, some of the best-known islands in the country emerged unscathed.

There are more than 700 islands that make up the Bahamas, and several that are home to the country’s best-known resorts are open as normal.

As the Associated Press reported, one issue the country now faces is it needs to convince tourists to return to the open islands without minimizing the suffering of those deeply impacted by Dorian.

The islands that are currently closed due to the storm’s impact are Abaco and Grand Bahama. The islands have about 3,000 hotel rooms, or about 19 percent of the total rooms available in the country. The airports of Grand Bahama International and Leonard Thompson International will remain closed until further notice. The situation on Abaco does remain dire.

The Ministry of Tourism & Aviation has urged travelers with plans to visit other islands to keep their reservations. Open and unaffected islands include some of the most popular destinations such as Nassau, Paradise Island, the Exumas, and Cat Island.

It’s a little more than 200 miles from the Exumas to Abaco (which is a bit further than the distance from Portland to Seattle). This may also be the perfect time to discover the smaller, less-frequented islands in the south of the country, like Inagua or Mayaguana.

The Commonwealth of the Bahamas is dependent on tourism (it’s about 40 percent of the country’s GDP). Booking a trip is one of the best ways to make an impact that will directly support the local economy. “One of the best ways that people around the world can show their support and solidarity… is to visit our other islands by air or by cruise ship,” Prime Minister Hubert Minnis told the Associated Press. 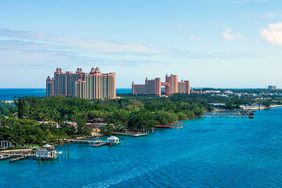 Despite Hurricane Dorian’s Impact, These Islands in the Bahamas Are Ready for Tourists 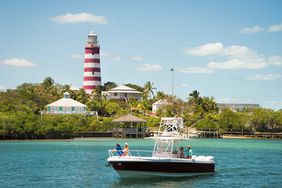 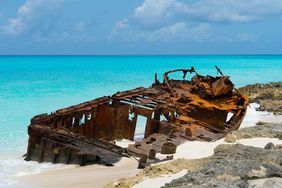