The transport workers strike in France entered its 29th day on Thursday, making it the longest rail workers' strike in more than 50 years and severely affecting travel around the country.

France's national rail operator SNCF said on Thursday that it expected half of its regular high-speed service to be canceled due to the strikes. Only about 25 percent of inter-city trains are expected to run and regional rail service is not much better. Only about a third of regular trains are moving in the Paris region.

Travelers who had booked SNCF trains should have received communication from the rail company as to the status of their train. Trains that are currently listed for purchase on the SNCF website are guaranteed service through January 5.

Most Metro lines in Paris are expected to run, although the trains arrive less frequently and disruptions to service are likely, according to Le Parisien.

In recent weeks, the strikes and nationwide protests have affected beloved tourist sites including the Eiffel Tower, the Musée d'Orsay and the Palace of Versailles.

The strike is over retirement benefits. French President Emmanuel Macron wants to replace the government's current system (which operates with 42 different pension schemes) with a universal, points-based system. He also wants to increase the retirement age from 62 to 64.

A majority of the French public supports the strike action, according to The BBC, which involves more than just railway workers. Even the orchestra of the Paris Opera Bastille is involved in the strike. Earlier this week, the string section performed a free concert on the steps of the opera house as part of their strike.

Talks between the government and unions are expected to take place on January 7 but unions are already planning large-scale protests for January 9. Vehicular travel around France could also be affected by mass blockades at gas stations and refineries. A 96-hour blockade is expected to begin on January 7.

The strike is the longest since May 1968, according to The New York Times. The student-led strike lasted one month and three days and is famous for having launched a cultural revolution in France. 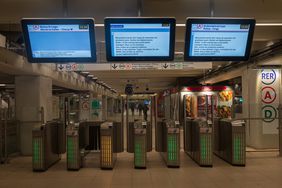 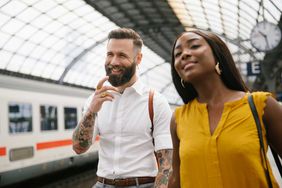 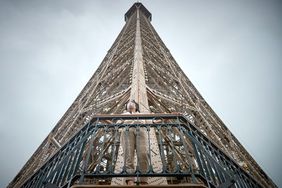 The Eiffel Tower Welcomes Visitors Again After a 9-month Closure