Dr. Heather Warfield, pilgrimage researcher, explains the modern-day pilgrimage and how to plan one that's meaningful to you.

Jonah Bayer
Jonah Bayer is a writer, musician, and podcaster with two decades of experience in the music industry. He has written for Rolling Stone, Travel + Leisure, and Guitar World, and has produced, written, and hosted podcasts for HBO Max, iHeartMedia, and Sonos.
Travel + Leisure Editorial Guidelines

Many of us may not be able to travel for Thanksgiving this year, but pilgrimages predate Plymouth Rock and are likely to be a popular type of trip once the industry recovers from the ravages of COVID-19.

Don’t just take our word for it: We sat down with Dr. Heather Warfield, an associate professor in the Applied Psychology department at Antioch University and editor of the forthcoming book series "Pilgrimage Studies" (Peter Lang Publishers) to learn what her research can teach us about pilgrimages and the way we think about them.

Travel + Leisure: How would you define a pilgrimage?

Dr. Heather Warfield: "Pilgrimages are the oldest form of travel, so when we think about a pilgrimage we need to position it within that context: That people for millennia have, either through agricultural or other time cycles, left their communities either collectively or as individuals to go to shrines or temples and to give offerings. In many of these places, these sacred sites are believed to be inhabited by a deity or there’s a connection with a creator or ancestors in some way. My colleague Michael Di Giovine talks about pilgrimages being 'a hyper-meaningful journey,' and I really like that definition because it focuses on the meaning, which is really at the heart of what differentiates a regular form of travel or leisure from pilgrimage; it is the meaning or transformation that occurs."

You’ve said that pilgrimages will be a popular form of travel once the world moves past COVID. Why do you think that’s true?

"There are a number of factors all converging together. One of them is global in the sense that we have been forced inside, both literally and figuratively, where people have been disconnected. So people have had the opportunity to think about what’s important and have slowed down where we are not rushing around commuting. I mean we have meeting fatigue, but we’re thinking about our values and what we want to pursue once we are out of this quarantine state. So I think post-COVID travel is going to include scenarios where people will want to have an experience that is more focused on meaning as opposed to travel as a commodity. Also, the mental health toll that COVID has taken is pretty significant; we’re seeing a lot of increased depression, anxiety, and isolation. People are going to want to seek out meaningful connections with other people and one way to do this can be a pilgrimage. Finally, many travel indicators show that people will be more engaged in the natural world — and since there are so many sacred sites located in nature, people will be engaging in a new way with places such as mountains, trees, lakes, and natural trails."

What are some popular pilgrimages that people were taking pre-COVID?

"One pilgrimage that has exploded is the Camino de Santiago pilgrimage routes in Europe. There are many pathways, but one of the main pathways is the Camino Frances, which is a trail that goes from France to the Santiago de Compostela Cathedral in Santiago, Spain. The Hajj pilgrimage, which is the Islamic pilgrimage focused on the Kaaba in Mecca, is also a well-known pilgrimage, simply because it is one of the Five Pillars of Islam. In general, Holy Land pilgrimages where people will go to places that are significant to the Abrahamic faiths are rather prominent. There are also a number of notable pilgrimage routes in Japan."

Do pilgrimages have to be religious?

"No. Some examples of non-religious pilgrimages can include literary pilgrimages: visiting one’s ancestral home; sports pilgrimages such as going to Lambeau Field in Green Bay, Wisconsin; visits to battlefields and/or war ruins; many new trails and routes such as St. Olav Ways in Norway, the Deeside Way in Scotland, Walk of Peace along the WWI Isonzo Front trail in Slovenia; and trails that follow the Underground Railroad in the United States."

Is there a special way to prepare for a pilgrimage as opposed to a typical vacation?

"Yes, the preparation is very important because this is a sacred endeavor. I’ve interviewed people who’ve said they feel it’s the only time they take off work where they don’t feel guilty. That’s more of a commentary on American work culture, but the idea of being able to disengage from the routine to do something that feels sacred is important. The sacrifice is quite prominent for people where they might have been saving for a decade or maybe their husband or wife died, and they have something from that person they’re going to take with them. I also think that people need to prepare in some way for how they might be changing and what that might look like. Some people don’t prepare enough in that area to realize that they come back very different; they might not fit in their social construct anymore, and that requires some kind of response." 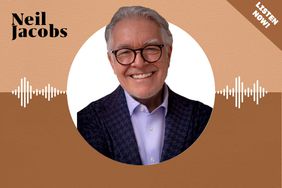 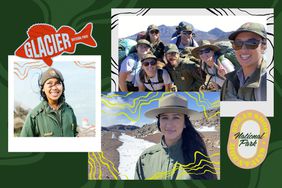 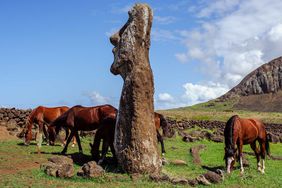