Younger People Are Camping More Than Ever — Here's Why

Are you a longtime camper who's noticed it’s gotten harder to book your favorite camping spots? You aren’t alone. According to the 2019 North American Camping Report, an annual research initiative sponsored by Kampgrounds of America (KOA), camping is growing in popularity — and at a rapid pace.

Since 2014, the number of campers has increased by 22 percent making for an estimated 7 million additional camping households in the U.S. And, the number of households who camped three or more times annually increased by a whopping 72 percent since 2014. In short, there are more people camping and setting up a tent regularly than in years past. While this jump in numbers was expected due to population gains, the magnitude of the increase and inferred enthusiasm for the activity is unforeseen, even to those working in outdoor recreation.

“It’s only surprising how fast the younger generations have embraced camping,” said Mike Gast, vice president of communications for KOA. "We knew that the millennial generation was going to be a huge number. As they have established themselves in their careers and started their own families, it’s only natural that they would seek out activities that reflected their active lifestyles. Camping plays right into that.”

This rapid growth in the outdoor travel segment is also fueled by a far more diverse group of people than ever before. In fact, this year was the first time that new campers from multicultural groups (51 percent) outpaced new Caucasian campers (49 percent) since the camping ethnic mix was measured in 2012. Non-white camping households grew from 12 percent in 2012 to 29 percent for 2018, bringing the Caucasian-dominated camping world closer to matching the diversity of the U.S. population, roughly 38% minority.

“This change is really being driven by a large increase in the percentage of new Hispanic campers,” said Gast. "While ethnicity is important in this measurement, you also have to look at the age range of new campers. The vast majority of new campers are younger. So, we can safely say that there are a lot of younger Hispanic families getting into camping.”

Hispanic campers tend to be highly enthusiastic about the activity, and are most likely to say that they intend to spend more nights camping and take more trips in the next year. They are also highly social campers, who tend to camp in large, multigenerational family groups (74 percent). Tent use is down in these households, replaced by RV camping and luxury cabin stays.

In fact, close to half of all campers surveyed said they would like to experience either option in the near future — a number that has doubled since last year. Glamping, vans, and the peer-to-peer RV rental markets — all relatively new to the world of camping — have likely opened the door to wilderness activities for those who might find traditional backpacking or tent camping too primitive.

As expected, social media gets called out to explain this growing interest in camping. And it makes sense — seeing photos of other people roasting s’mores by the fire next to their adorable old-school camper has no doubt elicited countless “I want to do that!” moments. But the power of our screens tells only part of the story. Societal changes, including a shift toward active living and the preference to collect experiences over things, also play a part.

Film director Tom Huang, whose most recent movie Find Me features a remarkably diverse cast who camp and explore throughout three western National Parks, suggests that our collective concept of “vacation” is evolving as well.

"In the past, people didn't think of going to the outdoors as relaxing,” he said. "I think for many people, sleeping in a nice bed in a nice hotel and then hanging out a pool with a drink is their idea of vacation. The trend towards living a healthy lifestyle, with the proliferation of seeing things on social media, has made many of us understand that things like hiking and hanging outside in the wilderness is actually relaxing and beneficial. I think many of those in minority groups, especially millennials, now really desire to enjoy the outdoors and are simply catching up and matching the numbers of our diverse America in general.”

In the end, it’s about a desire for connection to nature, and to each other. Gast summarizes the draw of camping like this, "New campers, in general, see camping as an easy, affordable way to spend quality time with their family and friends. There is also a growing desire among all of these groups, especially younger generations, to get out into nature and depressurize by hiking, biking, climbing or just plain relaxing. Camping makes that simple.” 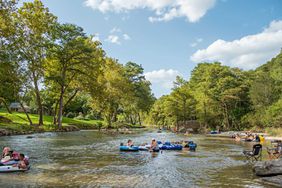 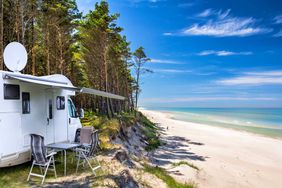