After a hellish year, Australia’s bushfire comeback is the good-news story we all need right now.

As golden beams of sunlight dance across the bright blue skies this summer, it's difficult to believe that this time last year, the sun glowed an angry red through a sickly yellow haze.

By early September 2019 — the first month of spring — the New South Wales holiday town of Byron Bay (where I live) was shrouded in smoke as fires raged through the forests of southeast Queensland and northern NSW. While bushfires aren't an uncommon occurrence this time of year, we knew that we were in for a bad one last season. But we were relatively lucky in my area. For as the days grew hotter and drier, the bushfires that exploded further south burned with a ferocity like we've never seen.

Dubbed Australia's "Black Summer," the bushfires burned up to 46 million acres — an area the size of California and West Virginia combined. More than 2,000 homes were destroyed, 33 people lost their lives, and nearly three billion animals were killed or displaced, including an estimated 61,000 koalas, a species already sliding toward extinction.

But it wasn't long before the blackened forests started sprouting new growth, wildlife began to return, and bushfire-affected communities commenced the rebuilding process. And despite being dealt another blow by coronavirus restrictions, which set in before the last fire of the season had even started burning, Australia has made one serious comeback.

"We've been challenged in ways like never before," says Phillipa Harrison, managing director of Tourism Australia. "But travel has always been a great healer, and the last 12 months are full of inspiring stories of Australia's strength and resilience."

One year after the peak of the fires, here are some of the innovative ways that different sectors of the tourism industry have bounced back from the devastation, and how visitors can play a role in the recovery efforts when Australia opens to international travelers once again.

As some of the season's first bushfires tore through southeast Queensland in spring 2019, burning the heritage cottages at Binna Burra Lodge — one of Australia's oldest ecolodges — to the ground, the loss was felt far beyond the devastated local community.

"This is an 86-year-old enterprise that people all over the world have a strong emotional connection to," lodge chairman Steve Noakes tells me. "I had a call from one lady in Washington, D.C. who had donated a garden bench some years ago and wanted to fund a replacement. I'm still getting calls like that."

As the first major tourism business hit by the fires, the lodge's reopening in September 2020 — just a week shy of the anniversary of the fires — was a pivotal moment for Australia's recovery. But it's just one of many tourism icons rising from the ashes.

In the Gippsland region of Victoria, one of the worst hit by the fires, the tiny country town of Buchan received the ultimate jumpstart when its star attraction, the Buchan Caves — the largest cave system in the state — reopened just days before Christmas.

"I was racing around on opening day, making sure tours were running on time and helping visitors, and I had this moment where it was like, 'Ah, this is what we used to do,'" says Hamish Hancock, ranger team leader for Parks Victoria at the Buchan Caves Reserve, who spent the better part of 2020 remediating the site.

On South Australia's Kangaroo Island, Southern Ocean Lodge — voted one of the best hotels in 2019 by Travel + Leisure — was one of the casualties of the bushfires that affected nearly half the island known as Australia's Galapagos. A year later, the site has been cleared for construction of its next incarnation, designed by original architect Max Pritchard, with an opening date anticipated in late 2022 or early 2023. And if "SOL 2.0," as owners James and Hayley Baillie have nicknamed it, is half as dreamy as the first version I was lucky enough to experience, future guests are in for a treat.

The Rise of Conservation Tourism

For many, the enduring memory of the bushfires will be the images of injured and disorientated koalas being plucked from burning forests. Seventy-nine of them ended up at the Port Macquarie Koala Hospital on the Mid North Coast of NSW. While it was a stressful summer for volunteers working around the clock to nurse the influx of bushfire victims, President Sue Ashton tells me that not only have most of those koalas been successfully returned to the wild, but a crowdfunding campaign that raked in a staggering $7.9 million AUD has also helped the hospital fast-track some of its long-term goals.

"We've been able to build 140 wildlife drinking stations that have been distributed across NSW and to other states, and we've also brought forward our wild koala breeding program, which will be a world first," says Ashton proudly. Like the hospital, the breeding center will also be open to the public upon its completion.

Further south, in Victoria, the devastation of koala habitats — combined with a deluge of inquiries from people wanting to help — inspired Janine Duffy, co-owner of Echidna Walkabout eco-tours and president of the Koala Clancy Foundation charity, to launch a new tour. On the Koala Recovery Experience, you can spend a morning planting food trees in koala habitats near Melbourne before heading out on a guided nature walk to spot the wild koalas those trees will benefit most.

"[The bushfires] have given us the best opportunity we've ever had to do something really good with travel," says Duffy.

As if the coronavirus and trade dispute with China weren't enough to deal with in 2020, hundreds of Australia's winemakers were also faced with abandoning their harvests — if not due to fire damage, then because of smoke taint. But thanks to the collaborative spirit of the drinks industry, many viticulturists were able to recoup at least some of their costs.

When fires swept through South Australia's Adelaide Hills wine region in late December 2019, Peter Leske, who makes wine for 20 to 30 producers each year at his local Revenir winery, sprang into action, offering to make and test sample batches of wine for local growers lacking the resources to assess suspect grapes.

"One important thing we learned is that fruit can be tainted while it's still very young, so while that's not great news in itself, it meant producers with tainted grapes didn't have to spend another six weeks spending money on a crop that was worthless," says Leske, who was voted winemaker of the year by the Australian Society of Viticulture and Oenology in November.

But all was not lost for winemakers with affected grapes, Leske says — many in the Adelaide Hills area and beyond went on to bottle at least a portion of their 2020 harvest with the help of experimental harvesting and winemaking techniques. Among them was Mark Kozned of Nova Vita winery, which won a gold medal at the Perth Royal Show for its 2020 Firebird Sauvignon Blanc.

"It was vindication for all the hard work that went into it," says Kozned, who lost 20% of his vines to the flames and was unable to sell remaining grapes to his usual clients. But with Leske's help, he still bottled his own label.

"One of the strongest things I've taken away from this tragedy is how it has brought the community really close," says Kozned, who is aiming to open a cellar door and restaurant by early to mid 2022.

In the Hunter Valley wine region north of Sydney, where up to 80% of the grape crop was assessed as smoke-affected, respite for some growers came from Archie Rose Distilling Co., which agreed to buy around 50 tons of tainted grapes and turn it into spirits, including a Shiraz beverage, which sold out in a day, and a smoky brandy.

"Hearing the stories of people putting their heart and soul into their grapes and not being able to use them was heartbreaking, so we wanted to do something support them," says master distiller Dave Withers. "The brandy will be ready in a few years, so we're looking forward to that and again being able to tell the story of the growers behind it."

While the road to recovery for many bushfire-affected regions will be a long one, their stories of resilience, regeneration, and grit have made them all the more meaningful to visit when the time is right. 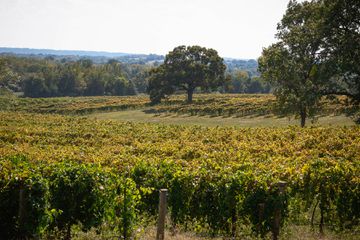 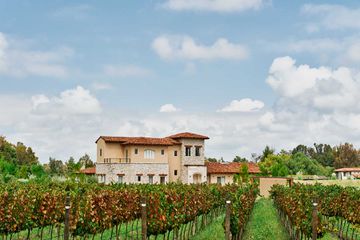 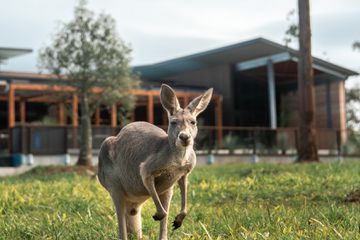 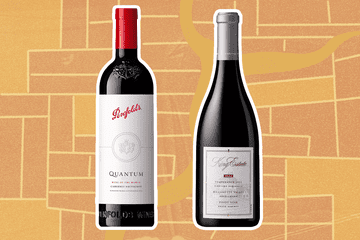 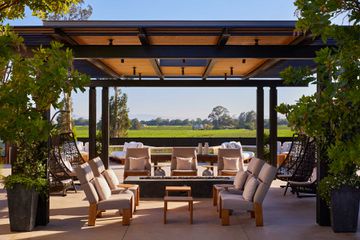