"Be out early, be out late," Rick Steves told T+L. "Go to the less-famous places, and treat them like the famous places."

Rick Steves wants you to break away from the over-hyped sites when you travel.

"You find that everybody wants to go to the same places more than ever," he said.

Even still, this European travel expert and TV host, at the helm of the popular tour company Rick Steves' Europe, said there are plenty of smart ways to enjoy peak season.

"There are great alternatives to the famous places everybody is hell-bent on going to," Steves said in an interview with Travel + Leisure, having just returned stateside after a whirlwind 45-day research tour of more than 10 major European cities.

Summer is certainly the most popular time to visit many European destinations, so Steves shared some of his top summer travel tips with T+L to help anyone planning a high-season vacation.

There is no off-seasonwhen it comes to the most popular sites, Steves said. Travelers who want to visit top spots like the Sistine Chapel in Vatican City or the Musée D'Orsay in Paris will need to book a ticket far in advance, and then still have to battle it out with the crowds once they arrive.

"The most grueling thing about travel is the heat and the crowds of summer," he said.

Steves' advice is to look for other museums or institutions that offer a similar, if not better, experience. For instance, he said travelers can almost always get into the Opera del Duomo Museum in Florence, instead of waiting at the better-known Uffizi Gallery. While visitors will have a hard time seeing Anne Frank's house in Amsterdam without a reservation, they can always get into the Dutch Resistance Museum instead, he said.

"There are so many unsexy sites that don't have the marquee value, and they are really good," Steves said.

He said summer visitors should try to build their itineraries around how they want to spend the majority of their limited time each day. Visiting the most iconic, famous sites now includes the added phenomenon of people all vying for the same selfie to post on social media, Steves said.

"Are you a traveler that's always dealing with lines and mob scenes?" he said. "It's not the mark of a good traveler that follows that crowd. And it's certainly not a way to enjoy Europe."

Take away the top 30 sites, Steves said, and Europe would be just as exciting — and there wouldn't be any crowds. "If people are smart, they're going to not be in that herd mentality," he said. "We talk about getting herd immunity. We've already got herd mentality, and in your travels, that's not a good thing."

Travelers will always need to make an advance reservation for certain museums and sites. In a departure from some of his previous advice, Steves said, he now also recommends booking one nice meal ahead of time. "My new thing about restaurants is, if you really have your heart set on a particular restaurant, you would be really wise to put it on your list of things to make a reservation for in advance," he said.

With the goal of updating his 50 most important guidebooks by the end of 2022 with new research from this year, Steves plans to address how the pandemic affected his previous recommendations.

On his recent trip, he was happy to see some of his favorite independent restaurants still had local clientele — people with the wanderlust and money to explore dining out in their own towns. "I thought I'd be raking away the corpses of all my favorite businesses to update my guidebooks," he said. "I'm so thankful that, by and large, the little businesses did well during the pandemic."

Steves said relying on a guidebook or recommendations from a few years ago is still fine, just make a habit of calling restaurants to confirm they are open, he said, and expect hours of operation for many businesses have probably changed.

"There's a curious sort of affluence in Europe right now," he said. "A lot of people are eager to get out, and a lot of restaurants are just jampacked. And it doesn't mean they're tourist traps at all. It just means they're good."

He said these areas often lack the glitz and marketing prowess of the bigger cities, but still have top-tier offerings when it comes to great food, history, and culture — just without the crowds.

Location matters when it comes to summer weather as well, and Steves said he prefers to travel north of the Alps in the summer. "I want peak season, I want the good weather," he said. "I want the crowds in Ireland and Britain and Scandinavia, because that enlivens it."

Steves said where he dislikes dealing with crowds are places like Barcelona, Salzburg, and Amsterdam, where the summer masses can get a bit too intense.

No matter what time of year people are planning to visit Europe, Steves said he is just thankful people are traveling again after the pandemic put many plans on hold. When it comes to peak summer travel, applying some smart fundamentals is key to an enjoyable trip.

"Be out early, be out late," Steves said. "Go to the less-famous places, and treat them like the famous places." 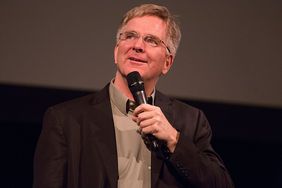 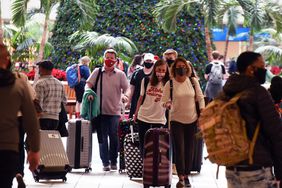 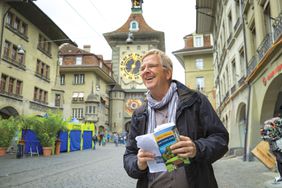 4 Things to Consider As You Start Traveling Again, According to Rick Steves 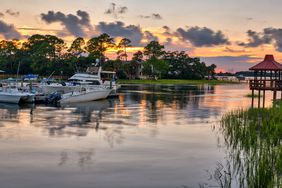