In Tulsa we love to lay claim to an exceptional Black man. John Hope Franklin was such a man, even if he wasn't born in Tulsa and was barely of it. For some, Franklin is the finest person Tulsa has ever produced. He graduated from the city's then-segregated Booker T. Washington High School, as class valedictorian, at age 16 in 1931, and is the first Black person to earn a full professorship at a predominantly white university (Brooklyn College, where he was chair of the history department). But to me, a Black man raised in this Oklahoma city, he's someone who lived here for just six years as a teenager, then left.

In the lead-up to the 100th anniversary of the Tulsa Race Massacre last June, I thought a lot about Franklin, his legacy, and what it means to remember a tragedy. Over the course of several months last summer, I visited the monuments, exhibits, and galleries—many of which make use of Franklin's name—organized by the 1921 Tulsa Race Massacre Centennial Commission, which was set up to commemorate that horrific event. What I found was a city, my city, caught between a desire to remember and a refusal to truly reconcile.

In the early 20th century, the all-Black Greenwood district, in the northern part of Tulsa, was prosperous. Often referred to as "Black Wall Street," the 35 square blocks of Greenwood functioned as a closed-circuit Black society: it had its own shops and grocery stores, doctor's and lawyer's offices, schools, and entertainment venues, like the Williams Dreamland Theatre, a movie house featuring live performances and silent features. The community also had its own newspapers, like the renowned Tulsa Star, which was edited and published by a Black man, A. J. Smitherman.

Related: Following the Life of Dr. Martin Luther King Jr. on a Road Trip Through the Deep South

But on May 30, 1921, after Dick Rowland, a Black 19-year-old shoeshiner, was accused of assaulting Sarah Page, a white 17-year-old elevator operator, a white mob gathered to burn Greenwood. When the final fire was put out on June 2, one of the great meccas of Black entrepreneurship in America was lost forever: 600 Black businesses, including the Tulsa Star offices and the Dreamland Theatre, destroyed; nearly 10,000 Black Tulsans rendered homeless; an estimated 300 people killed.

Greenwood functioned as a closed-circuit Black society. When the final fire was put out, one of the great meccas of Black entrepreneurship in America was lost forever.

Now all that's left of those businesses are plaques laid into the sidewalks up and down Greenwood Avenue, denoting what once was. You can reach them by taking the newly built Pathway to Hope (named for John Hope Franklin Reconciliation Park, which the pathway leads to). It runs along Interstate 244, which cuts through the heart of the historic Greenwood district. One day last June, I walked the length of the pathway, taking in the dozens of plaques as cars and trucks buzzed by on the highway above. The walkway, with its benches and quotes from Franklin, Maya Angelou, and Toni Morrison, leads to the newly constructed history center, Greenwood Rising.

The exhibits—which include the story of how Greenwood was built, as well as a reconstruction of the violence told from first-person accounts—presented the massacre as having come and gone, and focused on a model of reconciliation that I believe Tulsa has not yet achieved. I walked away thinking, White folks would like this, but I do not.

On June 5, a few days after the massacre's centennial, I sat in the BOK Center, in the core of modern downtown Tulsa, about 10 blocks from Greenwood, waiting for Wynton Marsalis and the Jazz at Lincoln Center Orchestra to perform Marsalis's All Rise: Symphony No. 1. I'd never seen Marsalis in concert before, let alone heard this piece. The music had a poignant tone, and I appreciated the fact that the multidenominational Tulsa Symphony & Festival Chorus was singing along with the orchestra. However, when I read the program, I learned that Marsalis wrote All Rise in 1999 after the New York Philharmonic commissioned him to write a reflection on 20th-century music. I wished the planners of the Centennial had commissioned a piece of music for Tulsa: it felt like they missed the opportunity to invite an artist as important as Marsalis to comment on an event as significant as the Tulsa Race Massacre.

I thought about Franklin's love of music—he was a teenage trumpet player and member of a marching band in the early 1930s—and how, when he went to the Convention Hall (the BOK Center of its day) to see a concert, he was forced to sit in the segregated section. In 2021, I sat watching an integrated orchestra play music written by a Black man, and forced a smile.

In the 1910s, the Stradford Hotel stood as a beacon of Black prosperity at 301 North Greenwood Avenue. At the time, it was the largest Black-owned, Black-operated, and Black-guests-only hotel in America, with 54 rooms, a gambling hall, a dining room, a saloon, and a space for live events. White folks burned it down during the massacre—but a Black-led group hopes to reclaim the prosperity the Stradford represented with the planned 2023 opening of a North Tulsa hotel called the Stradford21.

I want others to learn from our history, but I also want to see it better protected.

I thought about what that would mean as I checked in to the Tulsa Club Hotel (doubles from $116), only a mile south of the former site of the Stradford. The building was designed by Tulsa architect Bruce Goff and first paid for by the Tulsa Club and the all-white Tulsa Chamber of Commerce in 1927, six years after the massacre. The building operated for six decades, then lay abandoned from 1994 to 2013 (in 2010, it was also set on fire three times in two weeks). Now it is once again a place to stay, with a stylish bar, restaurant, and Art Deco lobby. As I approached the main entrance I was struck: not only was a Black man the valet but another worked the front desk. Both were kind and welcoming. When I checked in, I thought it serendipitous that the room I was assigned was on the fourth floor, which was decimated by one of the fires.

Later I saw a poster outside of Silhouette Sneakers & Art that read BLACK LIVES MATTER above another poster that read SAY THEIR NAMES: TERENCE CRUTCHER, JOSHUA BARRE, JOSHUA HARVEY, all Black men killed by Tulsa law enforcement in the past five years. Inside the store, a few racks of T-shirts, hoodies, and jackets stood in the middle of the shop floor, flanked by a curated arrangement of high-end sneakers. One pair had black tops with red bottoms and Michael Jordan's iconic No. 23 on the heel. I bent over to see if they were what I thought they were—Air Jordans—then shot a look at the clerk.

An olive-colored jacket, with GWD AVE (an abbreviation for Greenwood Avenue) in gold block letters on a patch, caught my eye. The clerk popped out from behind the counter.

"That's the last one of our jackets," he said. "In case you were wondering."

"Buying these in the summer?"

"Yeah, people from out of town, coming through? With the last two festivals? They kept coming back getting stuff for their friends. We sold out of those jackets quickly."

I bought the last one on the rack, out of a territorial urge to protect what's mine.

Tulsa '21! Black Wall Street, a play at the Tulsa Performing Arts Center did its best to give our stories grace. I loved this production because it did not sugarcoat the massacre, or the way Black folks continued to be victimized after the event. It struck at the heart of truth—and not just the part white folks can stomach.

My partner, Laurel, and I watched this artful production retell our oral histories, our families' triumphs and fears, and our continued attempt to reconcile the violence white Tulsans brought to their Black brethren, 100 years on. I was moved to tears knowing someone in Tulsa had got it right, had done right by us.

This is Tulsa: the place that gave John Hope Franklin bearing and passed a burden onto its sons like me.

When it was over, Laurel suggested we walk across the street to Andolini's Pizzeria, which I believe makes the best slice in the world. We ordered two Tulsa Flags, a blonde ale from the local Dead Armadillo Craft Brewery. Laurel watched me take a few bites of my pepperoni slice and guzzle half a glass. She rubbed my arm, grabbed my hand.

"That play was complicatedly rough, right?" she said.

I smiled and nodded. Black survivors in Tulsa are excellent because we have to be. This is Tulsa: the place that gave John Hope Franklin bearing and passed a burden onto its sons like me: to be exceptional, or face oblivion.

This is my city, my home. I attended Booker T. Washington High School, too, and graduated from the University of Tulsa. I want others to learn from our history, but I also want to see it better protected. Responsibly honoring a tragedy involves visiting a place, learning the truth about its story, and carrying that story forward so future generations will not commit an unforgivable sin: forgetting.

A version of this story first appeared in the February 2022 issue of Travel + Leisure under the headline This Is Tulsa. 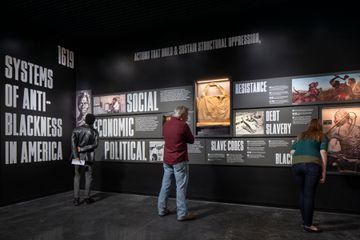 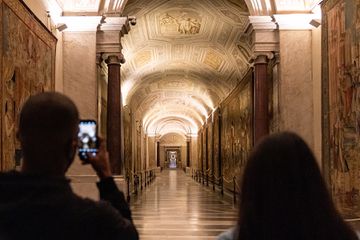