The Global Vision Awards honorees in the hotel and hospitality space are making a positive impact on their communities and the travel industry at large.

Gisela Williams
Gisela Williams writes about culture, design, travel, and sustainability for T: The New York Times Style Magazine, Travel + Leisure, and How to Spend It. She has lived in Europe for nearly two decades, now residing in Berlin with her family.
Travel + Leisure Editorial Guidelines
Heidi Mitchell

Hotels are the cornerstones of many vacations and provide income for people around the world. For travelers, they can be an avenue to learn more about a culture. When built and operated mindfully, they can provide new job opportunities and create a pipeline for economic growth. And when resources are poured back into the hotel's surrounding community, the entire community can thrive. The Global Vision Award honorees in this category are models for making a positive, demonstrable impact on both a destination and the people who call it home. From sourcing materials and products as locally as possible, to training locals for management- and executive-level positions, to acting as trustworthy custodians of the environment, this list provides an admirable roadmap for a more sustainable, more conscientious hospitality industry. — T+L Editors

"To many people, luxury requires bringing things from far, far away," says Hans Pfister, president of the Cayuga Collection, a group of small luxury hotels and lodges in Costa Rica, Nicaragua, and Panama. "What does it mean to be ultra-local?" At the collection's seven properties, the answer to that question includes eco-conscious toiletries and cleaning products made locally; sheets and towels sourced predominantly within Central America; and dock-to-dish partnerships with nearby fishermen. Twelve years ago, long before banning plastic straws became trendy, Cayuga's properties replaced them with a bamboo version. The idea came from an employee who grew bamboo in his garden and soon became the group's straw supplier.

The emphasis on the local also extends, significantly, to the group's hiring philosophy. People from nearby communities are recruited "not just as gardeners and housekeepers," Pfister explains, "but also as general managers and head chefs." At Arenas del Mar, a 37-room resort in Manuel Antonio, Costa Rica, Rodbin Bonilla, a member of the crew that built the property, became a driver, then a bellhop, then a manager — as well as an entrepreneur, founding a transportation company that offers airport transfers for guests. "Sustainability means investing in people to make a difference in communities," Pfister says. "It's possible, but it's not easy. You have to train, invest, and educate." — Jeff Chu

When Nina Flohr was planning her eco-resort on Mozambique's Benguerra Island, the entrepreneur (and former creative director of VistaJet, founded by her father, Thomas) couldn't stop thinking about the environmental impact. This is a place of towering dunes and ocean vistas; development would naturally compromise that. "Wouldn't it be a shame if our structures interrupted that sweeping view?" she asked herself. "What if, instead, we embedded them?" Flohr's what-ifs led to a gorgeous example of biomimicry: using nature's shapes and processes to inspire solutions to modern problems. At Kisawa Sanctuary, elegant buildings with rolling thatched roofs mirror the surrounding dunes. The undulations not only help the buildings blend into the landscape but also make them more wind-resistant — a helpful feature in a tropical region prone to powerful seasonal cyclones.

Other thoughtful solutions are imprinted throughout the 740-acre property, which is built from sustainable materials including recycled plastic (as a base for the sand-covered roadways) and native grasses (layered to create the domed roof of the wellness center). Benguerra artisans collaborated with Flohr on the sliding doors inside the bungalows, created with a traditional flat-palm weaving technique. Façades and floor tiles were 3-D printed using a durable amalgam of sand and seawater. Anything that couldn't be found on the island was imported by dhows, the traditional boats, to minimize emissions. Kisawa also employs an unusual "resort to research" business model: its profits fund the Bazaruto Center for Scientific Studies, a marine observatory and research lab on Benguerra also founded by Flohr. Guests are invited to assist Bazaruto scientists — some days, that might mean tagging or tracking sea turtles (Benguerra has five species), while others might be spent collecting data about fish. "The idea behind all of this," Flohr says, "is to create relationships with our surroundings — in a human way and in a physical way." — J.C.

Sonu Shivdasani and Eva Malmström Shivdasani put the Maldives on the traveler's map in 1995 when they opened the Indian Ocean archipelago's first luxury resort, Soneva Fushi, in the Baa Atoll. Now the couple, who currently operate four properties under the Soneva Resorts banner, are tackling the far greater task of saving the country from rising sea levels. In response to dire warnings from climatologists, they have established SCIE:NCE, short for Sustainability and Conservation for Island Ecosystems through Nurturing Collaborative Endeavors. Led by Dutch biologist Dr. Bart Knols, the group is at the forefront of coral propagation, using 3-D printers at its Soneva Fushi lab to restore and regrow damaged reefs. The center's scientists are also enacting solutions to other pressing environmental issues, such as eradicating invasive mosquitoes, banning single-use plastics, and recycling wastewater. All breakthroughs and resulting programs are shared with the Maldives' other resorts and islands in an effort to create widespread change at a time when, Knols says, there is no alternative. "The impacts of climate change hit us in the face faster and more dramatically than we could have envisioned," he says. "I don't need to provide more reasons for doing what we do. We have no choice." — Heidi Mitchell

The first seeds for Southall were sown generations ago — though its earliest farmers could never have imagined a place quite like this. The 325-acre Tennessee estate is a grand experiment in 21st-century agriculture, blending heritage farming with cutting-edge regenerative practices and combining it all in a 78-room resort that shows guests the simple luxuries of living off the land. James Beard Award–nominated chef Tyler Brown oversees the property, which, after years of archival research and trial and error, is growing the same heirloom crops the land's earliest settlers raised — Loudermilk butter beans, garden peach tomatoes, and Bradford watermelons among them. Recycled water feeds the orchards; six apiaries contribute to the regeneration of once-degraded landscapes while yielding gallons of delicious honey; a hydroponic greenhouse produces thousands of pounds of leafy greens; and an aquaculture system supplies striped bass. Guests experience it all at the dinner table, of course, but Brown hopes they'll also be moved to join his team in their gratifying work, such as foraging and composting, or in activities like archery and falconry. "Saving our landscape and improving agricultural practices is a community effort," he says. "One person can't do it alone." — Gisela Williams

With spectacular touches like a 45-foot-tall chandelier and sun-soaked swimming pool, the 112-room Taj Wellington Mews in the Old Mahabalipuram Road (OMR)-IT corridor of Chennai has all the flair you'd expect from a luxury hotel. But as South Asia's first all-women-managed luxury hotel, it also represents an innovative model for economic growth. Women head up every department, and the benefits include extended maternity leave, on-site babysitting facilities, and reimbursement for family expansion, including IVF treatments. The idea is that these kinds of smart, inclusive practices will encourage more women to grow their careers, ultimately creating opportunities that expand downward generationally and outward nationally. The property's parent company, Indian Hotels Company (IHCL), which was founded in 1868 by Jamsetji Tata and is still part of global behemoth Tata Enterprises, continues to lead the charge toward gender equality, providing programs in underserved communities to teach women the skills they need to enter the hospitality industry. — H.M.

One of the world's largest casino-hotel groups is betting big on the future. The company's first push for the environment came when construction began on a 160-acre solar farm at Wynn Las Vegas. Since its completion in 2018, it has helped reduce the Strip hotel's carbon footprint by 20 percent. But what happened in Vegas didn't stay in Vegas: Wynn Resorts expanded its sustainability efforts to all of its properties, from the Encore Boston Harbor, which gets energy from a rooftop solar array and four-megawatt batteries, to the Wynn Macau, where restaurant kitchens have cut 70 percent of food waste since 2019. The brand has set the goals of reaching net-zero carbon emissions across its portfolio by 2050 and switching 50 percent of its energy use to renewables by 2030. "We are constantly identifying ways to contribute to a stronger, healthier planet, without compromising our high-quality guest experiences," says CEO Craig Billings. "Where there's a will, there's a way." — H.M. 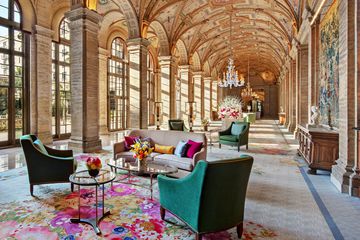 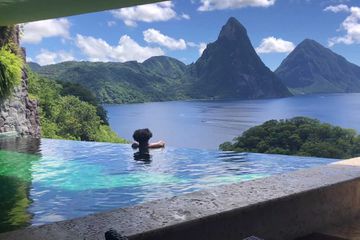 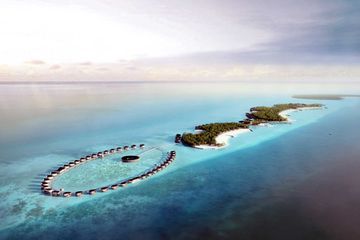 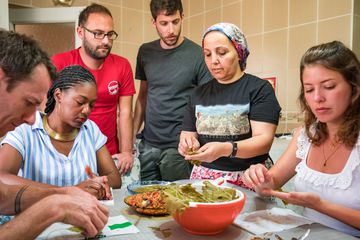 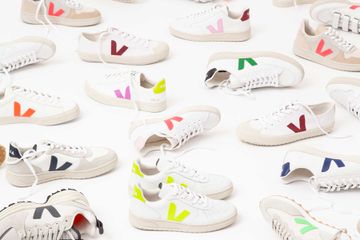 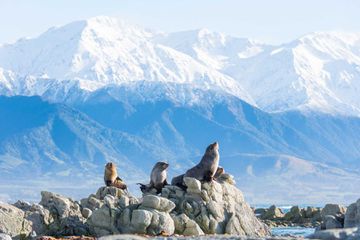 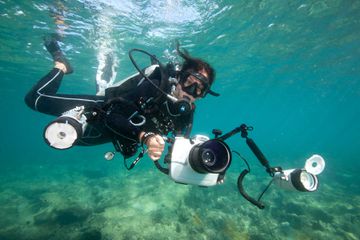 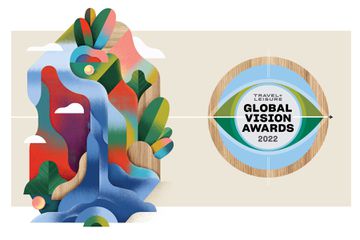