Although it might seem like scoring first-class flights for budget airline prices is the exception rather than the rule, if you know where to look and how to book — and can be a little bit flexible in terms of timing — you can find similar award tickets to fly some of the world’s best first-class seats regularly.

Just last month, I was able to secure a first-class award on Japan Airlines from Los Angeles to Tokyo, and then onward to Jakarta, in business class — all for just 75,000 miles and $32 in taxes and fees. Here’s how I did it.

How I Booked It

I needed to travel from Los Angeles to Jakarta in June, and I wanted to redeem miles for an award ticket in first class aboard one or more airlines en route. I decided to use Alaska Airlines Mileage Plan miles for my trip after looking at my mileage balances across various frequent-flier programs, and because Alaska's award chart charges far fewer miles than many other airlines’.

Though it is not in an airline alliance like Oneworld or SkyTeam, Alaska partners with more than a dozen different carriers including American Airlines, British Airways, Cathay Pacific, Emirates, Korean Air, Qantas and Singapore Airlines. By flying a combination of Alaska and many of those carriers over the past few years, I have managed to rack up hundreds of thousands of Alaska miles. As an added bonus, I was awarded 50,000 Alaska miles for hitting MVP Gold 75K status last year with the airline, so that alone was nearly enough miles for this one trip.

If you don’t fly Alaska or its partners much, you could consider opening an Alaska Airlines Visa Signature credit card, which offers a sign-up bonus of 30,000 miles when you spend $1,000 in the first 90 days, and earns miles on everyday purchases. You could also transfer points from Starwood Preferred Guest to Alaska Mileage Plan. For every 20,000 Starpoints you transfer, you get a 5,000 mile bonus with Alaska.

Alaska has different award redemption charts for each partner airline. My two main choices would be to redeem either 70,000 Alaska miles for Cathay Pacific first class from Los Angeles to Hong Kong and on to Jakarta, or 75,000 Alaska miles to fly JAL first class from Los Angeles to Tokyo Narita and then on to Jakarta in business class. For reference, American Airlines, which is a Oneworld alliance partner with JAL and Cathay, would charge me 110,000 miles for the same awards.

I searched for JAL award space directly on Alaska’s website, but to find awards on Cathay Pacific, I had to use British Airways’ award search engine since Alaska does not show it.

The total travel time of my itinerary was 20 hours, 10 minutes. My ticket, which would not even price out altogether on JAL’s site, would have cost $15,560, though it looks like on other days, you could book a similar ticket for the relative bargain price of $10,349. Instead, I paid just 75,000 miles and $32.40 in taxes and fees.

This was my second time flying in Japan Airlines first class, so I knew what I had to look forward to on this journey.

Thanks to my first-class ticket, I was able to access the Qantas First Class Lounge at LAX’s Tom Bradley International Terminal before my flight. The lounge features a full-service restaurant serving seasonal à la carte menus created by Aussie celebrity chef Neil Perry and his Rockpool Dining Group team. I didn’t want to fill up before my flight, but I did have a snack that included the signature fried salt-and-pepper squid with aioli and green chili dipping sauces, and light roast duck salad with beets, grains, watercress and lemon-thyme dressing. I washed it down with a glass of Perrier-Jouët Grand Brut champagne.

JAL’s first-class cabin has just eight huge semi-private seats (no doors, though, like you’ll find on other airlines like Emirates and Etihad) laid out in two rows of four seats each. Those on the sides of the plane are individual, while those in the center are paired up. I had seat 1A in the very front of the cabin closest to the exit.

The seats themselves are very spacious. They are 23 inches wide between armrests while in seat mode, and they expand to 33 inches wide and 78.5 inches long when reclined into bed mode, and you can stow a carry-on under the ottoman. When I got to my seat, I found Bose noise-cancelling headphones and a set of disposable slippers.

I spent the first few minutes playing with all the seat control buttons and perusing the movies on the 23-inch in-flight entertainment monitor.

The flight manager came by to introduce herself while one of her colleagues brought glasses of champagne and water, a code so I could use the onboard Wi-Fi for free, and an Etro amenity kit with a “Gentle Steaming Face Mask” to refresh myself during the flight.

Though last time I flew JAL first class they were pouring Salon 2006 champagne, this time around, they were stocking two other famous labels: 2009 Louis Roederer Cristal and 2006 Pol Roger Sir Winston Churchill. I tried both, natch, along with amuse bouches of smoked fish and prosciutto with mozzarella on canapés.

Meal service is one of my favorite things about the JAL first-class experience since the airline partners with a handful of accomplished Japanese chefs to create its menus, and this flight did not disappoint. I went for the Japanese set menu, which started with a plate of five appetizers including grilled lobster with egg yolk vinegar and kelp-marinated fluke with braised soy pulp. Each dish was unique and flavorful, though I felt full after this course. Only three more to go!

Though the cabin was full, meaning there were eight passengers, there were three flight attendants working, so meal service took just over an hour. No sooner had I eaten a dish than the next was brought out from the galley.

By the time I’d finished off dessert, I was ready for bed, so I changed into the set of JAL pajamas the cabin crew gave me while flights attendants made my seat up into a bed.

The lavatory had a high-tech Toto toilet, though I did not personally use the bidet function. (Would anyone on an airplane?)

The airline provides double-sided cooling Airweave mattress pads with a firm side and a soft side (soft for me), plus a duvet and an Airwaeave S-Line pillow for first-class passengers. It was so comfortable (or perhaps it was all the Cristal I’d quaffed) that I slept a solid six hours before waking up for a snack of soy-marinated tuna slices over rice and grated yam.

By then, it was nearly time to land, so I changed back into my clothes. We got to our gate right on time, and I was able to get off the plane, through transit security, and to the JAL First Class Lounge in time for a quick shower before my connection to Jakarta.

That flight featured the airline’s latest staggered, Apex-style business-class seats, which you’ll find on most flights to and from the U.S. on the 777-300ER and the 787-9. They are very private and spacious — but they’re no first class.

Was It Worth It?

Though 75,000 miles was a lot to spend on a single award, it was much better than shelling out $16,000, and it’s easy to rack up the miles necessary with some strategic flying and credit card spending. It was also far fewer miles than other U.S. airlines, including American and United, require for first-class awards to Asia. Plus, just think about all that money you’ll save on free champagne up in the air. 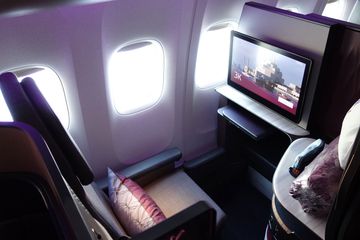 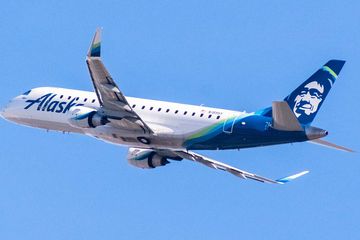 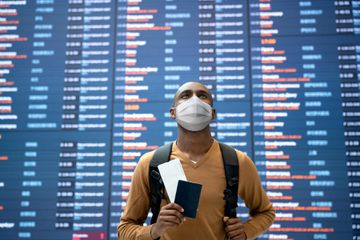 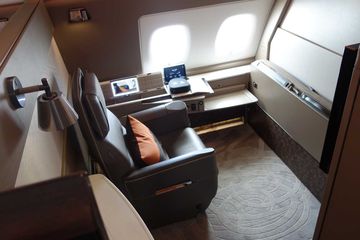 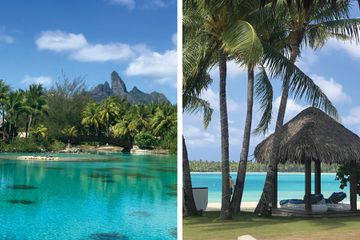 What It's Like to Travel to Bora Bora During the Pandemic, According to an American Who Went