How to Land Your Dream Job and Travel the World

If you’ve ever found yourself Googling “how to travel the world” or “jobs where you can travel,” DreamJobbing could be the answer.

Who doesn't want an amazing job and the chance to travel around the world? We think no one.

This “opportunity platform” is a social media-meets-reality television mashup, developed by industry veterans Alex Boylan, (a winner on The Amazing Race)Lisa Hennessy, (television producer) and Burton Roberts, who founded, with Boylan, Around the World Productions.

After exploring the globe, the three entrepreneurs wanted to “pay that forward,” explained Hennessy. “[We wanted] to give people around the world amazing opportunities and a chance to change their story.”

And so, DreamJobbing was born. Last year, the team debuted their project with the first opportunity: to work as a social buzz reported for VH1 in New York City.

The team is continuing to offer unparalleled, short-term jobs and experiences (think wildlife volunteer in Thailand; DJ for Club Med in Turks & Caicos). Simply upload an application video, and promote it on your social media networks to apply. A winner is selected from the most highly ranked videos.

The final prize? Some DreamJobs may be featured as an episode on the upcoming DreamJobbing TV series, which will air worldwide this month.

Whether you want to travel the world, try your hands at a new line of work, or “check things off your bucket list,” says Hennessy, DreamJobbing could very well be your ticket.

Keep an eye out for new opportunities, including a position with the Rio 2016 Olympics, a chance to costar alongside superstar chef Rachael Ray, and nonprofits. 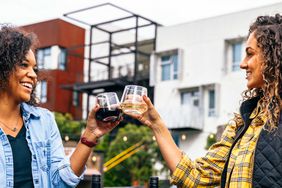 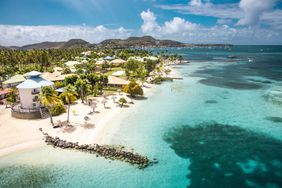