Let the soothing British voice transport you to dreamland tonight.

Do you dream of Harry Styles? Now you can listen to his soothing, British accent while you drift off to sleep.

According to PopSugar, the singer-songwriter is lending his voice to a new sleep story on the Calm app. The sleep story officially went live on Wednesday, July 8.

Many stars with deep, soothing voices have offered their services to meditation and sleep apps as a way to help people get to sleep. Matthew McConnaughey (whose has previously convinced us all to buy a Lincoln) has also created a sleep story on the Calm app. Chris Hemsworth, similarly, offers bedtime stories for the fitness app Centr. Because who should inspire your wellness goals other than Thor himself?

And now we can add the “Watermelon Sugar” and “Fine Line” musical sensation to our nighttime routine. Styles also invested in Calm's Series A funding in June 2018, according to PopSugar.

“Rest and recovery is as important as doing the work. Finding a balance has been endlessly beneficial to both my physical and mental health. It's changed my life,” Styles said in a statement, according to PopSugar. “I'm so happy to be collaborating with Calm at a time when the world needs all the healing it can get. Treat people with kindness.”

Along with McConnaughey, Styles joins some good company on the Calm app, which has stories featuring the voices of Kelly Rowland, LeBron James, Laura Dern, and Lucy Liu, according to BuzzFeed.

“Harry's voice usually electrifies audiences around the world but his unique Sleep Story will help millions of people drift off to dreamland every night. His mellifluous voice is the perfect tonic to calm a racing mind,” Calm co-CEO and cofounder Michael Acton Smith added in the statement.

On Monday, July 6, the Calm app teased the release of Style’s story, entitled “Dream With Me” on Twitter. The video shows a series of tweets from fans who would love nothing more than to fall asleep listening to Harry’s voice, capping it off with a simple clip of the singer saying, “Hello, I’m Harry Styles.”

Never has such a simple introduction created so much hype.

The Calm app has a seven-day free trial, but in order to access features like celebrity-voices sleep stories, paying for a premium membership ($70 per year) is required. 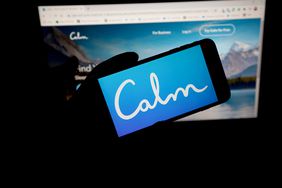 Mental Health App Calm Will Pay $5,000 to Narrate Their Next Sleep Story 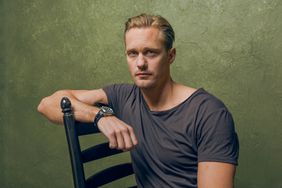 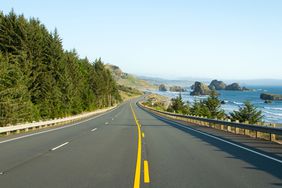 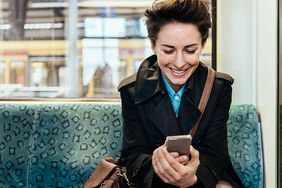