Here’s what I wish I knew before I went and what anyone traveling to Japan during the outbreak should keep in mind.

Japan is my favorite country to travel to — I love how different, yet totally modern and comfortable everything is; how everything is tiny and made to resemble an animal; and how there is no shame in being an adult male with a Hello Kitty keychain.

So, when I had the opportunity to visit for the second time, I didn’t think twice. I booked my ticket on Feb. 12, a couple weeks after the World Health Organization (WHO) declared a global health emergency and exactly one week after 3,600 passengers on the Diamond Princess began their quarantine in Yokohama, Japan.

That being said, the CDC has placed a level 2 warning on travel to Japan, which means travelers should "practice enhanced precautions." It adds that "older adults and those with chronic medical conditions should consider postponing nonessential travel." The CDC has also advised travelers to avoid nonessential long-haul flights.

After making it home, here’s what I wish I knew before I went and what anyone traveling to Japan during the outbreak should keep in mind.

Here's what we packed.

I usually don’t wipe down my airline seat or pack a medical travel kit, but that all changed on this trip. Thanks to my husband, who is super on top of that sort of thing, we had antibacterial wipes and a big bottle of hand sanitizer to refill the two little ones we carried around with us everywhere.

He searched for regular masks, with no luck (no surprise) and ended up buying the heavy-duty N95 respirator mask. According to the WHO, you only need to wear one if you’re sick or caring for someone who’s sick, but we wanted to play it safe. I did notice flight attendants weren’t wearing masks, and neither were most passengers.

We also packed a basic medical kit. According to the American Red Cross, you should bring along “pain relievers, stomach remedies, cough and cold medicines, fluids with electrolytes and vitamins.”

We had to walk past a body temperature scanner at the airport.

Right before we went through customs at Narita International Airport, a thermal scanner reviewed our body temperature as we walked by. The scanners, which are only found in certain airports — in the U.S. only Los Angeles, San Francisco, and New York’s John F. Kennedy — were nonintrusive and helped dispel any lingering fear.

The airport was super clean and proactive — as you’d expect from Japan.

The moment we landed in Tokyo, we left our mask-less airplane mates behind and entered the hyper-clean world of Japan. The fully masked customs team welcomed us with hand sanitizer at every station and used alcohol wipes to clean everything before and after each visitor passed through with their passports, paperwork, and germs.

All around the airport, workers were disinfecting doorknobs and handrails, and every toilet stall was equipped with a toilet seat sanitizer.

In Tokyo, everyone was wearing masks and hand sanitizer was everywhere.

Almost everyone — maybe 90 percent — riding public transit wears a mask and the society’s high etiquette expectations ensure no one would ever dream of touching the metro rail after wiping their snotty nose. Even a polite cough solicits glares.

Some museums, festivals, and amusement parks were closed.

While I was in Tokyo, and when visiting ski areas and hot springs in the Gunma Prefecture, it was noticeably quieter than my past visit. You won’t deal with crazy long lines at popular tourist attractions or the best ramen restaurants, and business owners will be genuinely happy to welcome you.

The schools are closed — and many people are working from home.

People who can are working from home — including Japan’s biggest trading group, Mitsubishi Corp, who reported that they asked all 3,800 staff members in Japan to work from home for a couple weeks.

Flights are being canceled — but that doesn’t mean your plane will be empty.

Delta Air Lines and United Airlines in particular have cut back on flights to Japan. Some routes have been canceled and some flight frequencies have been reduced.

That being said, if you’re flying to or from Japan, don’t expect an empty plane. On the flight to Japan, the plane was practically empty, but on the way back, it was almost full because the airline had canceled the flight the day before and moved passengers to our flight.

Right now the CDC travel notice to Japan is at an “Alert - Level 2, Practice Enhanced Precautions.” That means travel to and from Japan is allowed, but the CDC does warn travelers to avoid contact with sick people and wash their hands regularly. However, every country has their own travel notice system, and some countries may have more stringent rules (which are changing regularly) regarding travelers who have been in Japan.

In addition, U.S. citizens, residents, and their immediate family members who visited Japan or any of the “Warning - Level 3, Avoid Nonessential Travel” countries recently — China, Iran, South Korea, Italy — are still allowed entry into the U.S., but that’s not the case for foreign nationals.

With that in mind, if you have a stopover between Japan and the U.S. or get quarantined in another country, it’s difficult to know what would happen.

Here's why I'd do it all again.

I’m still not 100 percent in the clear yet, but if I’m totally honest, I felt safer in Japan than I do back in the U.S. The amount of care Japan was taking was evident.

Perhaps not so shocking is data pulled by Business Insider from John Hopkins University that found that while there are 381 cases in Japan and only 239 in the U.S., only six people have died from coronavirus in Japan, while 14 have died from the virus in the U.S.

However, it is important to take the CDC's warning seriously, especially if you are age 60 or above, or have any pre-existing medical conditions or a weak immune system. If you're debating canceling your trip, here's some useful information. 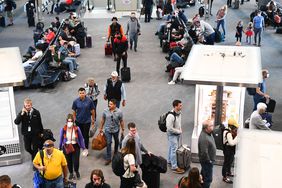 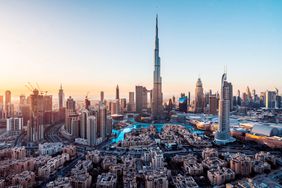 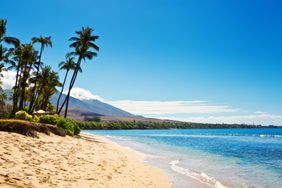 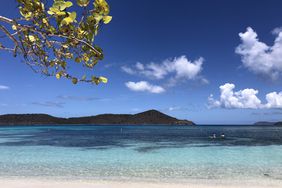