The One Thing You Absolutely Need to Do to Move Abroad, According to Expats

Upending your life to move to another country is no easy task. You need to fill out copious amounts of paperwork — including visa applications, passport renewals, and health insurance forms — do your research, and, likely, get over a massive culture shock once you get there. But don’t let that to-do list dissuade you. Fortunately, there are plenty of people who have taken the plunge and weathered the transition — with no regrets.

One Redditor recently asked expats from around the world what critical piece of advice they would give to someone who wants to move abroad. They offered plenty of tips gained from their own experiences and the mistakes they made along the way.

Related: 9 Steps to Get You Ready to Move Abroad

Many of the Redditors emphasized being flexible. No matter what your expectations are going into this journey, things are definitely not going to go exactly as planned. One Redditor, who moved to Germany, said, "You're going to have to change how you do basic, normal things, and you’ll have to become okay with that. Staying flexible and not getting stuck in a 'this is how it's supposed to work' mindset will save you an infinite amount of stress and pain."

She gave an example of a time when it took much longer than she expected to get her stove repaired. "I was complaining to a fellow expat that our German electrician was taking for-fucking-ever to come out and fix our stove . . . My friend reminded me that Germans work fewer hours per week than even a lot of other Europeans, then said, 'Spoiler: that’s why they’re so happy.'"

Other expats touched on financial advice. Before you go, get yourself straightened out financially as much as you can. Decide how you will continue to pay any outstanding loans, save money in case you need to go to plan B (like going home), and budget realistically. One expat said, "I met too many people who had to borrow money just to move abroad and then had to borrow some to make it through to their first paycheck. Some wanted to leave but couldn't afford a flight." Another suggested keeping a credit card open in your home country, so you have an ongoing credit history to rely on if you move back. He said, "When I returned after my time abroad I had no credit file and basically had to start all over again."

The last piece of advice is to de-clutter your life. Don’t bring all your worldly possessions with you to your new home and tie up any loose ends, if you can. One Redditor said, "Simplify your life. Get rid of possessions, clear up any legal or financial complexities, get rid of pets, if possible." Another expat disagreed with the idea of rehoming pets, saying, "While it’s harder to move with cats or dogs than without, they still provide a great deal of comfort. And they're your family — you wouldn't 'get rid of your kids' just because you were moving."

Ready to start packing yet? Find out which countries are the best and worst places for expats. 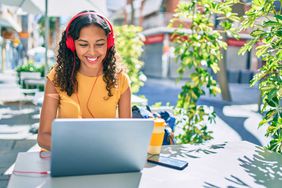 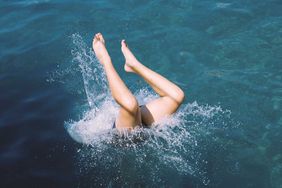 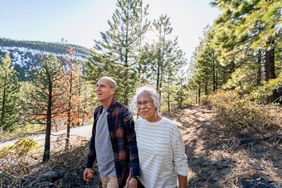