What Travelers Need to Know About Dress Codes on Major U.S. Airlines

Know the clothing items that could get you banned from a flight.

United Airlines has been receiving backlash after barring two teenage girls who were wearing leggings from boarding a flight on Sunday morning, as the leggings did not meet the airline’s dress code policies.

A fellow traveler, Shannon Watts, posted about the occurrence on Twitter over the weekend.

According to company spokesman Jonathan Guerin, the two customers were traveling with a companion and were therefore under the airline’s pass traveler category, which typically applies to free or highly discounted airline tickets for airline employees, their friends, and their family members.

For this reason, the airline's policy can have its own set of dress code regulations that differ from rules and regulations for customers booking a regular ticket.

United put out a statement Monday to clarify these differences, stating: “To our customers…your leggings are welcome.”

The airline’s policy for pass holders bars midriff-showing tops, sleepwear or swimwear, mini-skirts, shorts that fall less than three inches above the knee, or dirty and torn clothing.

According to CNN, who obtained a copy of the policy from a United Airlines employee, this also includes form-fitting Lycra or spandex tops, pants, and dresses.

“We care about the way we present ourselves to you, our customers, as we believe that is part of the experience on board our flights,” Guerin said in a statement to Travel + Leisure. “When taking advantage of this benefit, all employees and pass riders are considered representatives of United, and like most companies, we have a dress code that we ask employees and pass riders to follow."

Some airlines, like Delta, don’t have specific dress code policies in place for employees and those flying on pass privileges, though the airline did Tweet that they encourage "no swimwear, sleepwear, or underwear as outerwear."

“We ask our employees and their family and friends flying on pass privileges to use their best judgment when deciding what to wear on a flight,” a Delta spokesperson told T+L.

The airline even made a playful nod at the incident, writing in a tweet Monday that passengers are allowed to wear their leggings.

Meanwhile, Southwest Airlines’ Employee Travel Privilege Policy requires a “clean, well-groomed and tasteful appearance” from customers, though the airline said it doesn’t outline specific clothing that is prohibited in the policy.

Pass travelers on Hawaiian are able to wear slippers, jeans, shorts, and leggings in the main cabin, though the rules differ for first and business class passengers.

Men traveling in first or business class must wear collared shirts and long pants or jeans, while women must wear business-appropriate long or short-sleeve blouses, skirts, slack or jeans, or dresses.

While American Airlines said it does have an internal dress code policy for guest travelers, the airline refused to comment on the specifics, though their website does state that revenue customers cannot wear any clothing that would cause discomfort to other passengers or be barefoot.

Guest standby passengers on Alaska Airlines are expected to have a "neat and clean appearance" that includes no "short shorts, torn or tattered jeans, bare feet, halter-tops, exercise clothing, T-shirts, or sweats," according to the airline's website.

"As is common across airlines, JetBlue crew members and their friends and relatives flying with free flight passes are asked to maintain certain minimum dress standards and be well-groomed at all times," a spokesperson from the airline said in a statement to T+L.

JetBlue did not specify what the minimum dress standards are in this case, though the airline did stop a passenger from boarding a flight out of Boston last year due to attire deemed inappropriate. 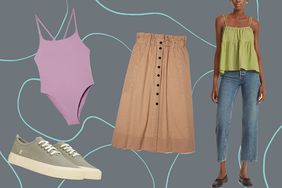 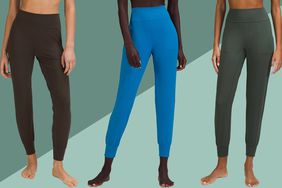 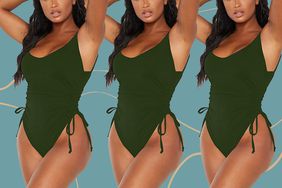 This 'Straight-up Magic' $33 One-piece Is 'Hands Down' the Best Bathing Suit on Amazon, According to Shoppers 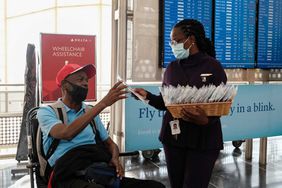