Rome’s Colosseum, originally named the Flavian Amphitheater because it was constructed by emperors of the Flavian dynasty, was completed in 82 A.D. and still holds the Guinness World Record for the world’s largest amphitheater.

The Colosseum is second only to Vatican City as the most visited spot in Italy: Over 7 million tourists a year visit the monument.

For the first time in history, the ancient amphitheater went under a somewhat controversial 33-month renovation which ended in 2016 thanks to grants from the Italian government. The ancient structure now glistens under the sun as almost 2,000 years worth of grime has been blasted off the facade.

Here are a few secrets of the ancient Colosseum that you can use to impress your friends and family.

The walls used to be painted in bright colors.

The hallways of the Colosseum were painted with bright colors, including brilliant paintings done in red, light blue, green, and black. Some archaeologists also believe the outside wall of the stadium was painted, too. Sadly, less than 1 percent of the painted surfaces still remain. That is changing, though, as archaeologists have started the arduous cleaning and restoration project.

Paintings weren’t the only “decoration” on the Colosseum walls. Gladiators and their fans scribbled graffiti all over the walls.

Stone from the Colosseum is in other buildings.

The Catholic church used the abandoned Colosseum as a quarry, taking stone from the ancient monument to build the cathedrals of St. Peter and St. John Latern and the Palazzo Venezia.

There were parties. Big parties.

In 80 A.D., when the Colosseum was finally ready, Emperor Titus (the son of Vespasian) threw a giant opening party, with games that ran for 100 days straight. That wasn’t even the longest celebration—the Emperor Trajan held a 123-day festival featuring 9,138 gladiators and 11,000 animals.

Titus filled the Colosseum with water.

That wasn’t the only opening party, either: in 80 A.D., Titus staged a sea battle inside the Colosseum, flooding the floor of the arena in a few feet of water so ships could wage war.

Not every battle ended in death.

While movies make it seem that every battle resulted in the death of a gladiator, in reality battles to the death weren’t the only outcome. Sometimes gladiators refused to kill their opponents, other times fan favorites were granted a pardon.

One man ran the show.

The man who ran the show was called “the editor” and was occasionally the emperor himself. He would sit in the centrally located imperial box and monitor the activity and decide whether the loser should live or die.

Working at the games or even attending could be risky.

When technical difficulties interrupted a show, Emperor Claudius sent the stage hands to fight and Caligula ordered a group of spectators be thrown into the arena.

It wasn’t just humans who suffered cruel fates with in the Colosseum walls. The Romans held staged hunts and had animals fight humans and each other. The gruesome battles led to the deaths of thousands of animals—9,000 were killed during the Colosseum’s opening ceremonies. According to History Today, a particularly gruesome battle in 169 B.C. saw 63 lions and leopards, 40 bears, and several elephants were slain in a single show.

There's a story behind that floor.

These days, visitors to the Colosseum can’t help but notice that the monument’s floor is missing. Instead of the smooth wooden floor, there’s a stunning maze of masonry laid out in lines and rings. It looks like something that should have a minotaur in the middle of it. This is the hypogeum, from the Greek word for “underground”. The hypogeum were where the animals and gladiators were kept before entering the arena, basically helping to keep the magic alive for the spectators. It was comprised of a labyrinthine series of arches, tunnels, passageways, and 36 trap doors to make the gladiator matches even more exciting.

Tickets to most of the events held at the Colosseum were free. They were pretty much public relations moves for the Emperors who would entertain the public with gladiator matches and free food that would rain from the sky.

Not everyone who attended was treated equally.

Spectators would enter the Colosseum through the numbered arches that can still be seen today. The entrances were numbered I through LXXVI (that’s 1-76) and had marble and iron dividers to separate attendees by class.

There was protection from the sun.

As any summertime visitor to Rome can attest, the sun can be blistering hot in the summer. To protect the some of the spectators from the heat, the Colosseum was outfitted with a velarium—a retractable awning that provided shade. Occasionally, sparsiones, a cooling mist scented with balsam or saffron was sprayed over the crowd.

There were three parts.

The day-long parties were divided into three parts—the venatio, or animal hunts; the ludi meridiani, or midday games, where criminals and other so-called damnati, were executed; followed by the main event: the gladiators.

There were crowd giveaways.

To ensure that people stayed interested, free snacks and prizes like food, money, or even titles to apartments, were thrown to the crowds, kind of like how t-shirts or bobbleheads are handed out at modern-day stadiums. 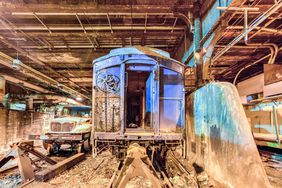 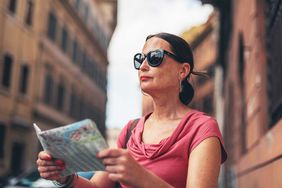