Dreams of fresh baguettes in France, overflowing and frosty beer steins in Munich, and sipping on an Aperol spritz during aperitivo in Milan are possible. And you don't have to break the bank to do it.

While flights to Europe can sometimes skyrocket around holidays or peak season, it's possible to regularly find flights for under $400 round-trip — if you know when to look, that is.

The absolute cheapest time to fly to Europe is going to be January through March, Scott Keyes, the founder of Scott's Cheap Flights, told Travel + Leisure. That is followed by September through November.

"There are so many people who can only travel in the summer: students, teachers, families with children. Going just after, when the school year starts, there's a lot less competition for seats," Keyes said. "Airlines don't have a ton of airplanes in reserve so if there's a big increase in demand, then the prices go up."

So if hitting the ski slopes in Engelberg, Switzerland or sipping hot chocolate at one of Paris' many people-watching cafes appeals to you, here are Keyes' best tips for how to find the absolute cheapest deals to Europe in the fall and winter.

"The sweet spot, ideally, when you want to book is about two to six months ahead of time, maybe a little bit longer if you want to travel during summer or Christmas, New Year's," Keyes said, but added that even better than that is to "start looking around the New Year for September, November. As soon as a great price comes up, I'm going to book it, but when you're more like 11 months out, I'm going to be more patient. You've got a lot of time... it's better to have 10 months from when you want to fly rather than two months — you can be choosy."

Search flights to other cities neighboring your target destination.

Keyes said subscribers to his site have reported saving more than $1,000 by booking flights to or from a neighboring city (like flying out of New York City instead of Philadelphia or flying into Brussels instead of Paris). Keyes said this works particularly well for more out-of-the-way destinations — for example, if you want to go to one of the Greek Islands, consider flying into Athens first.

"You can take a train or a budget flight anywhere in the continent for under $50. Just getting across the ocean cheap is really the key," he said. "Being flexible with your airports... is one of the best things you can do to try to get cheaper flights."

The search engine allows you to put in up to seven airports of origin and seven potential destinations at once.

"It's so powerful in terms of what it can search," Keyes said. "It's looking at all of these 49 combinations and showing you the cheapest possible flight of any of those 49 combinations. So it makes it really easy and simple from a consumer standpoint to sift through."

While Paris may be your ideal destination, Keyes said flexibility is paramount to finding the cheapest flight possible. Instead of setting your heart on the City of Light, maybe look to explore some lesser known destinations in Europe if a cheap flight happens to come along.

"It's not a bad idea to have an ideal in your mind, [but] if you just really narrowly tailor your vision... you end up missing out on some really good deals," he said. "Rather than setting your heart on one place first... see where the cheap flights pop up. It's kind of a shift in your mentality, you're making cheap flights the goal rather than making [a certain city] the goal."

Watch out for extra airline fees.

Keyes pointed out that airlines, especially budget ones, often charge fees for things like seat selection and baggage (sometimes that charge is even per leg of a flight for connecting flights) and it's important to know exactly what you'll have to pay for.

"The main thing to be aware of is that most airlines now are running the basic economy model," he said. "The biggest thing that I recommend is trying to project forward when you book a flight [and] if you're pretty sure you will want to check a bag, take a look at what it costs to upgrade to main economy. It's something to be aware of." 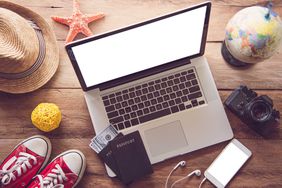 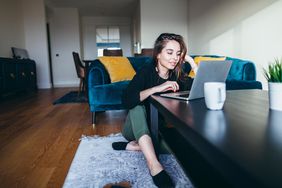 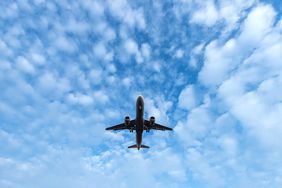 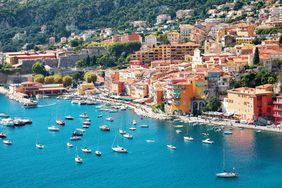