The Bryant women are paying tribute to Kobe in a very sweet way.

Vanessa Bryant is honoring the life of her late husband, NBA great Kobe Bryant, on her trip to Italy with her daughters with a special stop at the town where the basketball star spent time as a child.

"Visited Reggio Calabria, a city my husband lived in when he was about 8 years old," she shared on Instagram with a carousel of images of the girls exploring the area.

Vanessa and her daughters — Capri, 3, Bianka, 5, and Natalia, 19, — have been traveling around Italy for a few weeks and documenting their days spent on the water, delicious-looking meals, and scenes around Reggio Calabria.

Though Kobe was born in Philadelphia, he spent several of his childhood years in Italy, including in the town of Reiti in the Lazio region of Italy, Pistoia in Tuscany, and Reggio Calabria. Kobe even joined a local youth basketball league in Reggio Calabria. When he and his daughter Gianna passed away in a fatal helicopter trash, Reggio Calabria underwent an official week of mourning.

Reggio Calabria is definitely worthy of a visit, especially if you're a basketball fan.

The community, located just across from Sicily along the coast of southern Italy, is a city filled with plenty of national treasures, including the National Archaeological Museum and the Bergamot Museum, along with the nearby Aspromonte National Park. But while in town, you could also catch a game to support the local professional basketball club Viola Reggio Calabria at the PalaPentimele arena. We're sure no matter who you're cheering for, a jersey with the numbers 8 or 24 jersey would be more than welcome.

Vanessa's Instagram feed has been filled with photos from their trip including snaps of her and her sister enjoying gelato and Natalia — a model, who has also been posting on her own account — driving a jet ski. 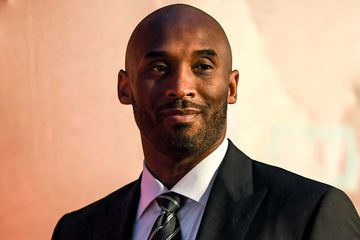