Princess Diana loved to sing in the car at the top of her lungs, just like us.

Prince William is happy to talk about his beloved mother, Princess Diana. Especially if it means sharing some of his happiest childhood memories, like singing along to their favorite songs together.

Prince William made an audio appearance in an episode of Apple's Time to Walk, recorded at his grandmother's home (you know, the late Queen of England). In the episode, Town & Country reported, the Prince shared a sweet story of his favorite musical memory with his mother and brother, Prince Harry.

"When I was younger, Harry and I, we were at boarding school. And my mother used to play all sorts of songs to kind of while away the anxiety of going back to school," William said. "And one of the songs I massively remember and has stuck with me all this time, and I still, to this day, still quite enjoy secretly, is Tina Turner's 'The Best,' because sitting in the backseat, singing away, it felt like a real family moment. And my mother, she'd be driving along, singing at the top of her voice. And we'd even get the policeman in the car, he'd be occasionally singing along, as well. You'd be singing and listening to the music right the way out into the gates of school, when they dropped you off."

William poignantly added, "When I listen to it now, it takes me back to those car rides and brings back lots of memories of my mother."

Beyond musical memories, Prince William also shared more about the lessons his mother taught him and his brother about all the things that go on in the world outside of royal life.

"She wanted to make sure that I understood that life happens very much outside of palace walls, and this is what's going on," he said, adding that his mother would take the boys to nearby homeless shelters to volunteer and learn. "We sat there, and we listened. It really brings it to life when you hear somebody sit in front of you and talk very movingly and very openly about the challenges they've been up against."

This isn't the first time William has spoken about his mother. In 2017, the prince spoke of Diana in the HBO documentary, "Diana, Our Mother: Her Life and Legacy." At the time, he shared that he is "constantly talking about Granny Diana" to his children, Charlotte and George (Prince Louis was not born at the time of the interview), to keep her memory alive.

"We've got more photos up 'round the house now of her and we talk about her a bit and stuff," he explained. "It's hard because obviously Catherine didn't know her, so she cannot really provide that… level of detail. So, I do regularly, [when] putting George or Charlotte to bed, talk about her and just try to remind them that there are two grandmothers — there were two grandmothers — in their lives. It's important that they know who she was and that she existed."

Hear more from William on his Time to Walk episode, available now. 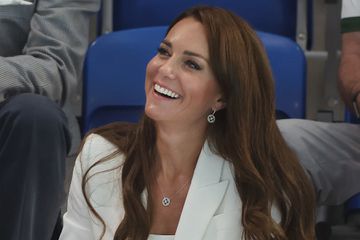 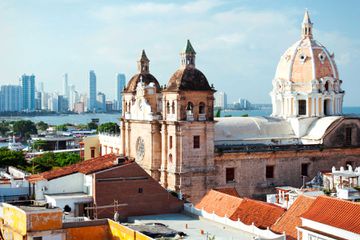 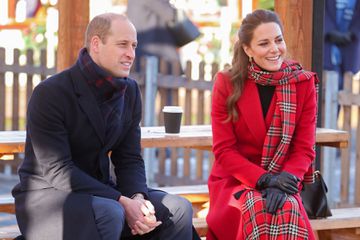