Queen Elizabeth is one well-traveled woman. The 92-year-old is the most traveled British monarch in history, having visited 120 countries over her magnificent life (so far). Along the way, the Queen picked up a travel hack or two that may be worth trying out for yourself.

Yes, the Queen's typical travels include traveling with high-end items like a slice of her favorite cake and her luxury Globe-Trotter luggage, but she also travels with more practical items as well.

According to historian Robert K. Massie, the Queen never leaves home without a nice, hot water bottle. Typically, she has someone available to her to fill it with water and tuck it into her sheets at night no matter where in the world she is traveling, but, the Daily Mail noted the Queen is also happy to fill it herself.

"The Queen was amused to have to do it herself," a royal insider shared with Daily Mail. "I think she found it quite a novelty."

"Angela's beady eye is on everything that is done for Her Majesty, making sure everything is perfect," an unidentified palace employee shared with the Daily Mail in 2014. "The next thing we knew after the hot water bottle business was that Melani was gone. We're all very upset about it. Everyone's entitled to make a mistake."

Long story short, if you work and travel with the Queen, never forget her water bottle, cake, luggage, a black outfit, and apparently, a pint of her blood. The Queen has to be prepared for anything. 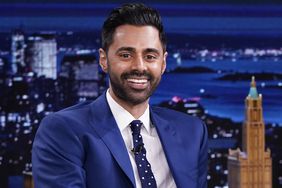