The One American Queen Elizabeth II Was 'Happy' to Hug, According to a Royal Insider (Video)

Queen Elizabeth may be one of the most famous people on earth, however, little is known about her life behind the scenes.

But now her longtime dressmaker and friend Angela Kelly is spilling all the royal tea in her new book, The Other Side of the Coin: The Queen, the Dresser and the Wardrobe, where she reveals all, including which Americans the Queen is happy to hug in front of the world.

Back in 2009, when First Lady Michelle Obama and President Barack Obama paid a visit to the royal family while on an official visit in the United Kingdom, the two women hugged — which was a rather big deal as protocol forbids anyone to touch the monarch.

However, according to Kelly, the Queen not only didn’t mind, but she’d apparently be happy to embrace Obama again.

"Much has been made about the meeting between Michelle and Her Majesty when an instant and mutual warmth was shared between these two remarkable women, and protocol was abandoned as they stood closely with their arms around each other's backs," Kelly writes in the book, per an excerpt in Hello. "In reality it was a natural instinct for the Queen to show affection and respect for another great woman and really there is no protocol that must be adhered to."

Kelly additionally wrote that the fondness was mutual between the Queen and the first lady, noting, "When fondness is felt or the host of a State Visit goes to guide her Majesty up some steps, it truly is about human kindness and this is something the Queen will always welcome warmly."

And it appears Obama feels the same.

In early 2019, while on tour for her own book Becoming, Obama told the British press, “What is true among world leaders is that there are people who handle protocol, and usually the people they’re representing don’t want all that protocol.” She added, “So you wonder, well, who are you doing this for? Because they don’t want it, we don’t want it. But it’s just the way things are. So I don’t know that I could have done anything differently because it was a natural human reaction.”

In Becoming, Obama wrote about the meeting, saying upon meeting the two women just discussed life, and lamented over their uncomfortable high heels.

“Forget that she sometimes wore a diamond crown and that I’d flown to London on the presidential jet: we were just two tired ladies oppressed by our shoes,” she wrote. “I then did what’s instinctive to me anytime I feel connected to a new person, which is to express my feelings outwardly. I laid a hand affectionately across her shoulder.”

Obama admitted she had no idea that in the moment she was “committing what would be deemed an epic faux pas,” but she tried not to let the critics get to her.

“If I hadn’t done the proper thing at Buckingham Palace, I had at least done the human thing. I daresay that the Queen was okay with it, too, because when I touched her, she only pulled closer, resting a gloved hand lightly on the small of my back.” 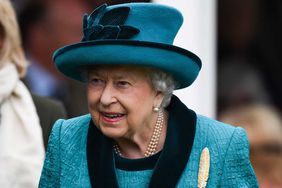 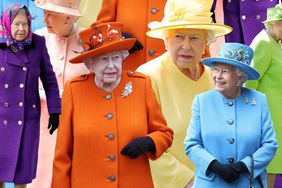 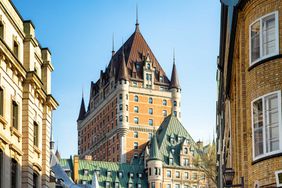