Meghan Markle may be a future duchess, but that doesn’t mean she can erase her past. But luckily for her, and all of us, her past isn’t so bad. In fact, her past is perfect for movie night.

As the world knows, Meghan is best known for her time on the hit television show Suits, but it turns out her acting credits go much further and deeper than that. And as Vulture dug up, prior to finding royal love, Meghan was the princess of the Hallmark Channel.

Indeed, Meghan starred in not one but two Hallmark Channel classics, "Dater’s Handbook" and "When Sparks Fly."

In "Dater’s Handbook," Meghan portrays a successful business woman named Cassandra who is “trying to change how I choose relationships” and can’t decide between two men in her life. So she turns to a popular handbook to help her decide. Mishap, hilarity, and love ensues.

In "When Sparks Fly," the future royal portrays Amy, a Chicago Journalist who returns home for the Fourth of July holiday. There, she rekindles her romance with her high school boyfriend but is still holding out hope for her older lover she left in the city. Once again, mishap, hilarity, and love ensues.

Sure, it would be easy to snark at Meghan’s Hallmark casting credentials, but as it turns out the actress and royal has nothing but love for the channel and her work.

“I think Hallmark is such an amazing network to work for,” she said in an interview with the channel after filming "Dater’s Handbook."

“It’s really heartwarming and affirming and validating. Especially in this day and age, it’s so nice for families to be able to all watch programming together. With stories like this, it keeps it really light and easy. And it makes everybody feel good. At the end of a long day, that’s what I want to watch!”

Maybe we can all hold out hope that one day Meghan will take up acting again and join Hallmark for one of its true holiday classic films. Hey, she’s got plenty of royal love and princess material to inspire her now. 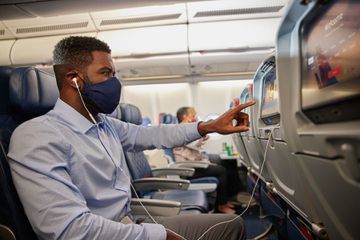 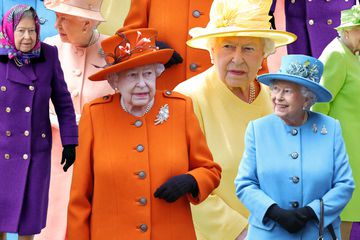