"I thought it was a blast, but I can totally see how that's not for everyone," the skater said on cruise ship preforming.

On the ice, it may be impossible to tell Timothy Leduc took an unconventional path to get where they are now, but this year when the skater made their debut at the 2022 Beijing Olympics, they made history as the first-ever openly non-binary Winter Olympian.

But that wasn't the only thing that set LeDuc apart from other Olympic ice skaters, they had spent time traveling the world and sharpening their skate skills on a cruise ship rink before jumping back into the competition scene.

"I've always taken a very unusual path for my skating career," LeDuc said, adding, "I've always had to forge my own path. I've taken a very [nontraditional] approach to get to the Olympics. And hopefully, people watching [my partner] Ashley [Cain-Gribble] and I skate will feel inspired to maybe write their own story in the way that fits them and to go against the grain in order to get what they want in life."

LeDuc didn't even pick up ice skating until they were 13-years-old, moving to pairs skating at nearly 20. After not making the Olympics in 2014, they decided to take a break, signing up for a job with Royal Caribbean for two years before feeling the pull of the bright competition lights once again.

"As soon as I came back from cruise ships, I said, 'You know what, I love skating and shows and performing for an audience, and now I want to skate in the biggest shows in the world,' which are nationals and the world championships and the Olympics," LeDuc said. "So I kind of, in a way, have always thought of myself since as being a show skater, rather than a competitive skater. I'm just trying to compete in different shows now."

Travel + Leisure recently caught up with LeDuc to talk about their time on cruise ships and their experience going back to the Olympics.

How did you get started with performing on cruise ships?

"I did not make the Olympic team in 2014 and was kind of really unsure about where my place in skating was. I was burned out mentally, I was broke. Ice skating is an extremely expensive sport and I had no way to pay for training anymore. And [I was] losing a lot of opportunities… because I had no funding. I knew I needed a break to kind of reassess and I wanted to keep skating, it just wasn't my time to keep competing. And I had some friends that had done the ship shows and so I was like, 'OK, I want to try this out. This looks like a great way to save some money… while I figure out what my path is, what I want to do next.'"

What was it like skating on a moving ship?

"You take something slippery like ice and then you take ice skating, which involves strapping knives to your feet, and then trying to balance on those knives while on slippery ice, and then add a rocking cruise ship to the situation. And I thought it was a blast, but I can totally see how that's not for everyone. I really enjoyed it. You know, for the most part, the ship was pretty steady when we were performing… But definitely, there would be days where the waves would be hitting the ship and we would have some pitches up to 3 or 4 degrees. And past a certain point, they'll cancel the shows because it's not safe. But I always thought it was really fun when you go up for a jump and the ship is rocking and the ice moves underneath you either down or up so the ice may arrive a lot sooner than you expect, or you might be a lot higher in the air than you expect. I thought it was a lot of fun."

What did you do when you were not performing?

"We did a couple of little jobs like muster station drills or we helped with the public skate time when the guests could come skate. But other than that, we got to do almost everything that the guests got to do: get off in port and do the activities around the ship. So I really enjoyed it."

Where were some of your favorite ports to visit?

"I got to see so many places I never otherwise would have been able to see, so many parts of the world that were just so new and fun to experience with other skaters and other ship employees… I think Iceland was definitely [a] highlight. Norway and Bermuda [were] really cool, getting to see Honduras was awesome. Some of the parts in the Caribbean, Cayman Islands, and Mexico, were just really, really amazing."

What was it like transitioning back into competition skating after cruise ships?

"It was really difficult just to go back into the mindset of pushing your body and your mind every day in a way to improve your skating."

Were the Olympics on your mind even then?

"The Olympics were definitely on my mind. That was the reason I started competing and figure skating in the first place was I fell in love with this mix of artistry and athleticism. And I always saw myself competing in the Olympics and being a part of that amazing, amazing competition. So when I came back to competitive skating, that was absolutely the primary goal."

When you made it to the Winter Games, you made history as the first openly non-binary Winter Olympian. What does that mean to you?

"For me, it's been a long journey of understanding my gender and [being] comfortable speaking openly that I don't fit perfectly into the gender binary and, again, forging my own path… Being the first openly non-binary Winter Olympian is awesome, but I understand that my saying that is because there have been so many amazing queer athletes that have come before me and have laid the groundwork for me to be open. And in that sense, I think of myself as one of many. So now I joined that list of amazing queer athletes that have come before me and we are now laying the groundwork for more to come after us. So I'm just doing my part to create a path for people to have better experiences in sports as queer people than I have had."

Are you looking towards another Olympics?

"That's a really good question. I would be 35 going on 36 for the next games, which is not unheard of, but it is on the older end of the spectrum. So I have to think really hard about if that is something I want to continue to pursue and do and, again, I would have to forge my own path in order to get there and pay for it and make it happen. But Ashley and I haven't ruled out any possibility."

You travel a lot for work. Is there anything you bring with you to stay healthy on the road?

"Every competition I will bring my basic macronutrients of what I need for competition day and for practice… That's going to be some kind of a protein source, a protein powder or non-refrigeration-safe milk, some kind of an oatmeal bar… [And] I always bring comfort snacks — some kind of cracker or pretzel or something — because I may be cranky because I missed a flight or something, but at least if I have comfort food, everything's gonna be fine. But if you add being hangry into a situation in travel, it just makes everything worse."

What is your top travel tip?

"I have been really fortunate to travel a lot through skating and on my own a little bit. I think I've been to 54 countries, I believe. And I think my biggest travel tip, honestly, is just to be adaptable. You can plan all you want, but there are variables that you just can't always account for. So just being flexible and being open to whatever experience comes toward you has always been the best thing I've found when I travel."

This interview was edited for both clarity and length. 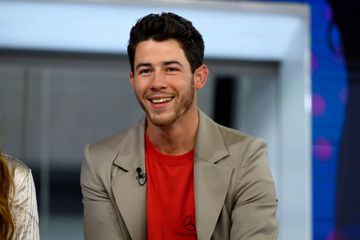 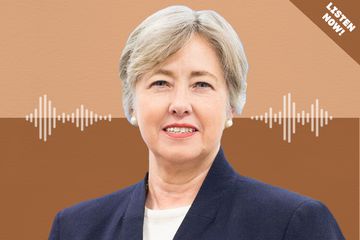 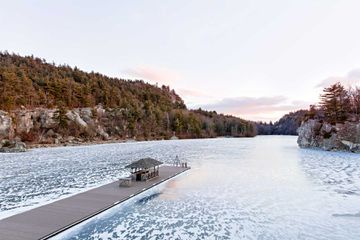 On a Family Trip Gone Awry, One Writer Learns to Finally Embrace the Unexpected 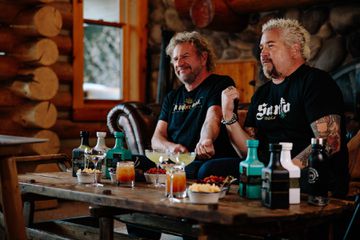 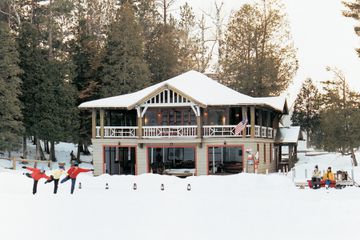 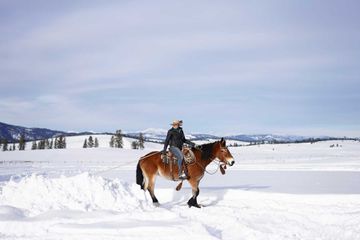 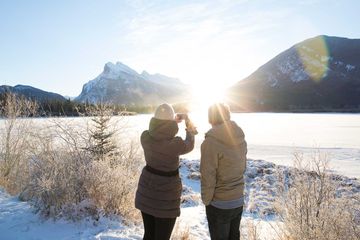 60 Winter Instagram Captions for Your Coolest Photos This Season 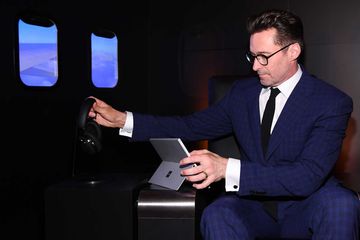 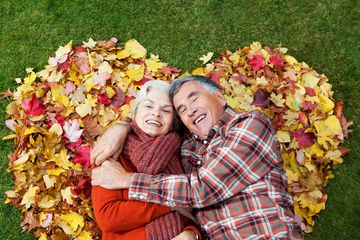