The classic film star has passed away at 97. Her Carmel, California, hotel remains part of her legacy.

Doris Day, one of the most prolific actresses of Hollywood’s golden era, has died, her foundation announced Monday. She was 97.

Day, CNN reported, ranked number one in the box office each year from 1960 to 1964. She began her career as a big-band vocalist during World War II then made the leap to the big screen. Over the next two decades, she went on to make nearly 40 movies.

But, being an actress wasn’t her only gig. Day was also a hotelier as co-owner of the Cyprus Inn in Carmel-by-the-Sea, California.

According toMonterey County Weekly, becoming a pet-friendly hotel was Day’s one condition for purchasing the hotel. Though really, that’s no surprise coming from a woman who wrote in her memoir, "All my life, I have never felt lonely with a dog I loved at my side, no matter how many times I've been alone.”

“We literally treat them like regular guests,” General Manager Peter Radler told Monterey County Weekly in 2018. “We just like the true, honest companionship of your pet.”

The 44-room hotel has been through several renovations and is beloved by locals and out of towners alike for its exemplary service and charm. Each room in the inn comes tastefully decorated in “rich Mediterranean colors and textures” right down to its plush linens and robes. The staff takes guest comfort seriously and even supplies complimentary cream sherry and fresh fruits and nuts in each room. Of course, every room is pet-friendly.

For guests there are the usual amenities, however, the hotel takes Day’s request to be welcoming to all creatures even further by offering an outdoor dog-sized shower for rinsing off your best bud after a play session at the beach, as well as treats and customized blankets and bowls for in-room use.

“It has tweaks but it’s such a special place, it really is,” Radler added. Undoubtedly, Day’s legacy will live on through the hotel as it continues to welcome guests of all shapes and sizes. 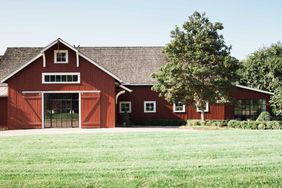 The Best Places to Embrace Your New Pandemic Hobbies, According to a T+L A-List Advisor