Hint: They're some of our favorite places.

Jennifer Lopez and Ben Affleck's fairytale romance may have been 20 years in the making, but the couple who tied the knot in an intimate Las Vegas wedding earlier this month, is wasting no time celebrating their nuptials on a romantic honeymoon in Paris.

As it turns out, even celebrities are not immune to Paris's charm, and many of the spots they visited are publicly accessible so if you, too, are planning a romantic trip to Paris with a significant other, take your travel cues from Lopez and Affleck.

As one of the finest addresses in Paris — 10, Place de la Concorde — the five-star hotel occupies an opulent 18th-century building and has unobstructed views of the area's most prominent landmark — the Luxor Obelisk. The property, recently featured in Travel + Leisure's 2022 World's Best Awards, has 124 rooms and suites, some of which were designed by the late fashion designer extraordinaire Karl Lagerfeld. Bespoke furniture, antiques, and objets d'art complement the sophisticated interiors.

Throughout their trip, photos also captured the couple at the Hotel Costes.

The couple had dinner at Le Matignon that is also home to the Champs Elysees. The eatery, among the chicest in Paris, is known for its Jacques Garcia-designed dining room that, after 11 p.m., transforms into a buzzy nightclub. According to People, the couple asked for an outdoor table and we can't blame them as the restaurant overlooks the beautiful gardens of the Marigny theater.

On Friday morning, Affleck and Lopez spent some time strolling and shopping in Le Marais neighborhood and Rue des Rosiers. They took a PDA break on a bench before crossing the Seine and treating their families to a visit at the Musee d'Orsay.

Understandably, Affleck and Lopez opted for something a bit more upscale than Paris's famous mouches boats, so they booked a two-hour tour aboard the luxury 71-foot teak Petrus III yacht.

The Picasso Museum and the Louvre were also part of their weekend itinerary, during which Lopez turned 53. To celebrate the special occasion, the family headed to the Girafe restaurant at the Cité de l'Architecture, which specializes in seafood and treats its patrons to the most breathtaking views of the Eiffel Tower.

Another restaurant that welcomed the celebrity couple and their family was Les Jardins du Presbourg next to the Arc de Triomphe. According to Metro UK, the family also stopped by Dior's flagship store on Avenue Montaigne off of the Champs Elysees.

And while the actors' Parisian honeymoon itinerary included plenty of designer shopping and fine dining, the couple was also spotted buying video games for their children in a store called Micromania-Zing, Metro UK reported.

Finally, on Monday, Affleck took his daughter to lunch at Aux Prés, a classic French bistro, helmed by celebrity chef Cyril Lignac, in the artsy St. Germain neighborhood. In the meantime, Lopez and her children did some more designer shopping on the Faubourg Saint-Honoré street, famous for its big-name boutiques like Hermes, Chanel, and Cartier. 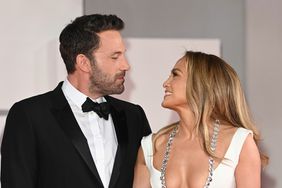 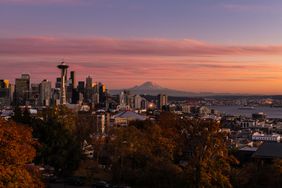