"It was an inspiring, incredible place to come to work every day."

Here's some Disney trivia that "Everybody" may not know.

Backstreet Boy member Kevin Richardson was once a tour guide at Disney World's Hollywood Studios when the park was known as MGM Studios in 1990.

"I would give a 25-minute guided tour of the Studio Backlot," Richardson revealed in a special celebrating Disney World's 50th anniversary on ABC's 20/20. "It was an inspiring, incredible place to come to work every day."

The Studio Backlot Tour attraction at MGM gave an insider look at just how movies were made. Guests would board a tram for a tour cruising by recognizeable props, production departments, and thrilling scene simulations — think: explosions and water effects — that put park-goers right in the middle of the action.

"Loved my time working at Walt Disney World," Richardson wrote in an Instagram caption of a video clip of his interview posted to social media.

In the years to follow, Richardson went on to join one of the most iconic boy bands of the 1990s, The Backstreet Boys, alongside his cousin Brian Littrel, Nick Carter, AJ McLean, and Howie Dorough.

The 20/20 special — "The Most Magical Story on Earth: 50 Years of Walt Disney World" — also featured interviews with other Disney-loving celebrities including Julie Andrews, John Stamos and Melissa Joan Hart. It is available to watch now on Hulu.

Richardson isn't the only celebrity who worked at Walt Disney World before becoming famous. Comedian and TV host Wayne Brady dressed as Tigger at the theme park as a teenager (and passed out from heatstroke in the costume), he shared with Playbill.com last year.

Walt Disney World kicked off its 50th-anniversary celebrations in October 2021 with new events and attractions popping up throughout the theme park until March 2023. The milestone is complete with new nighttime spectaculars and the opening of Star Wars: Galactic Starcruiser hotel and Epcot's new Guardians of the Galaxy: Cosmic Rewind indoor coaster. 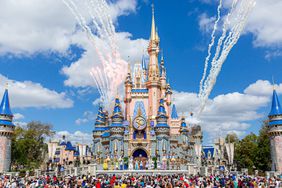 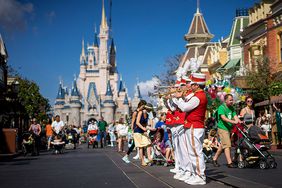 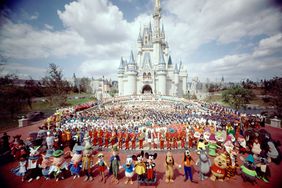