Yellowstone National Park is currently closed after devastating floods. Here's what travelers need to know, according to local authorities.

Large swaths of Yellowstone National Park will likely remain closed for the rest of the season after the park was devastated by flooding and collapsed roads this week.

The decision to keep the park closed was made after the National Park Service surveyed the widespread damage during an aerial assessment on Monday, Jun. 13, according to the NPS. The assessment revealed "damage to multiple sections of road between the North Entrance (Gardiner, Montana), Mammoth Hot Springs, Lamar Valley, and Cooke City, Montana." In fact, many sections of road "are completely gone."

"This is not just one section, this is not going to be an easy rebuild," park superintendent Cam Sholly told reporters during a news conference later shared with Travel + Leisure, adding, "The million-dollar question is what's the damage [and] the answer is, we don't know exactly yet. When the water subsides, probably early next week, we will be pulling together a large number of people from different agencies around the country to come to Yellowstone to help us assess what the damage is to various infrastructure in the park."

As of Thursday, all entrances to the park remained closed, but the NPS said it was possible the southern loop would reopen by Monday, Jun. 20.

Below, everything travelers need to know about the damage at Yellowstone, which recently celebrated its 150th anniversary, and what travelers should expect if they had a trip planned.

Severe flooding caused by heavy rains and melting snow devastated the park this week, Sholly said. The park received about two to three inches of rain over the weekend, complicated by more than 5 inches of snow that melted due to warming temperatures. There is still about 12 inches of snowpack left in the park that could potentially create even more flooding issues.

The flooding then led to washed out roads, collapsed bridges, and cut off electricity.

Most of the damage was concentrated along the north side of the park where the road was washed out in multiple places and a "significant rockslide" occurred at Gardner Canyon, according to the NPS. Mudslides and downed trees were also found by the Tower Junction to the Northeast Entrance, while water and wastewater systems at Canyon Village and Mammoth Hot Springs have been impacted by flooding.

The power was also out in multiple locations and the local community of Gardiner in Montana was left without water and power in some areas.

When Parts of Yellowstone National Park Will Reopen

Luckily, the park's southern loop was spared the worst of the damage and may reopen as soon as next week. The southern loop is where travelers can access the famous Old Faithful geyser.

"We're going to do everything we can to safely reopen," Sholly said. "That will start with the southern loop in some modified way as far as visitor access goes, and we're working on a range of alternatives and engaging a lot of partners and stakeholders on what that might look like… I think the southern loop will be open and ready for access relatively soon, but the northern end is going to take a considerable amount of time and effort to get that reopened."

What to Do If You Have Lodging or Camping Reservations

Currently, Yellowstone National Park Lodges has closed down all in-park operations, including lodging, campgrounds, food services, and tours, according to the group. Those will remain closed through at least June 19. Travelers who are unable to stay or attend a tour because of the closure will receive a full refund and can cancel their reservation online.

All cancellation fees are being waived for reservations through June 30.

"There will be no inbound visitor traffic at any of the five entrances into the park, including visitors with lodging and camping reservations, until conditions improve and park infrastructure is evaluated," the NPS said on its website.

Sholly said the NPS has contacted or knows the whereabouts of every backcountry user in the park.

"It's challenging for not just the business operations in the park, but also the gateway communities, hotels that have taken reservations. You've got people not only from across America, but around the globe that have trips planned to Yellowstone — they're looking at what's happening and determining whether they're going to make those trips," Sholly added. "Anytime you take full hotels of people and say 'your reservation is canceled and you have to leave' that's not a good thing for your business model and that's another reason why it's important that we come up with a safe way to get reopened as soon as possible."

While Yellowstone may be closed, Wyoming gateway cities to the park remain open, Piper Singer Cunningham, a spokeswoman with the Wyoming Office of Tourism, told T+L.

What Visitors Can Expect

While the southern loop may reopen soon, it will look a bit different for visitors, with a potential reservation system in place.

"Due to the northern loop being unavailable for visitors, the park is analyzing how many visitors can safely visit the southern loop once it's safe to reopen," the NPS said on its website. "This will likely mean implementation of some type of temporary reservation system to prevent gridlock and reduce impacts on park infrastructure." 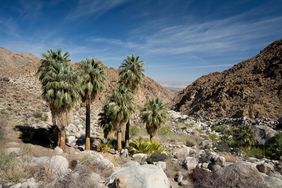 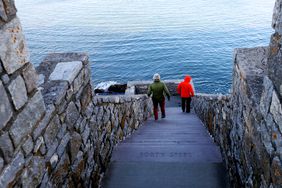 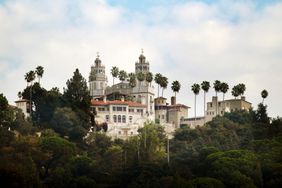 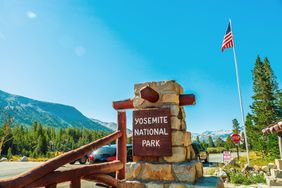 Yosemite Will Require a Reservation During Peak Summer Hours This Year 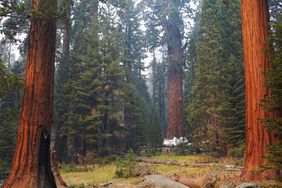