A team of divers has discovered that the largest cave in the world is even bigger than anybody previously thought.

During a dive last month, a British team discovered an underwater tunnel connecting the largest cave, Son Doong, in Vietnam, with another gigantic cave, called Hang Thung. Once the caves are officially connected, it will measure an estimated 1.4 billion cubic feet.

“It would be like someone found a lump on top of Mount Everest, making it another 1,000 meters higher,” Howard Limbert, one of the organizers of the dive, told CNN Travel. “Any cave in the world will be able to fit comfortably inside Song Dong when it's connected -- it's just outrageous in size.”

The dive included some members of the team that rescued the Thai soccer players from a cave where they were trapped for two weeks last year.

Son Doong is located in Central Vietnam, in the heart of the Phong Nha Ke Bang National Park. It is considered the largest cave in the world, based on volume. It was discovered by accident in 1990 and was only explored by the British Cave Research Association in 2009. It opened up to visitors in 2013 and is currently accessible only through the adventure tour company Oxalis.

The river cave is thought to be at least 3 million years old. It measures more than three miles long, and at its largest, the cave is more than 650 feet tall, and almost 500 feet wide.

The divers plan to return in April 2020. That month is considered the best for diving as it’s when the caves are easiest to explore because of low water levels and high visibility. 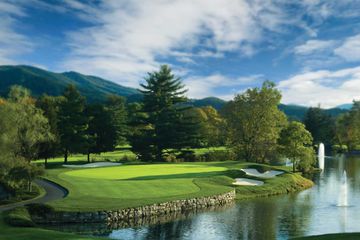