Companies like Mears Connect, Sunshine Flyer, and rideshares are available.

Disney World's Magic Express transportation service has officially ended, leaving park goers to look for alternative solutions when it comes to getting to and from Orlando's airport. And while there are some options available, all will come at an additional cost.

The blog said the new signs, which have so far been placed outside Disney's Contemporary Resort, advertise Mears Connect, a paid service that costs $16 per adult for a one-way trip or $250 for round trip express service for up to four people.

Disney first announced its Magical Express service was ending last year. At the time, a park spokesperson said the service was no longer necessary as "consumer needs and preferences change," and pointed to on-demand transportation options like rideshares.

For another transportation service, The Sunshine Flyer, launched in December, offers guests an immersive ride — in a bus-type vehicle decked out to look and feel like a 1920's old-fashioned train — from the airport straight to Walt Disney World.

Guests aboard The Sunshine Flyer will enjoy entertainment on board, along with all personnel dressed up in 1920's garb. Prices for adults traveling one way begin at $17 and children $12.50. To honor the 50th Anniversary of Walt Disney World the Flyer is celebrating by donating 50% of the ticket sales to Make-A-Wish of Central & Northern Florida for the first 50 days of service. The Flyer officially begins service Feb. 1 and guests can pre-book online.

While Mears Connect advertises its lack of surge pricing, other rideshare options, like Uber, may show increased prices due to demand.

Since the elimination of the Magic Express, park-goers have reported a notable jump in Uber prices, fan site Inside the Magic reported. Typically, an Uber ride from the airport to a Disney resort would cost as much as $30, according to the site, but prices rose to as much as $60 on a recent day. The surge in pricing may be attributed to the busy New Year's holiday week as well as a recent increase in COVID-19 cases in Florida, an Uber spokesman noted to Travel + Leisure.

Beyond the Magic Express, Disney's 'Minnie Van' serice in partnership with Lyft is also temporarily unavailable. That service allowed travelers to request a ride within the Walt Disney World Resort on their smartphones through the Lyft app for up to six passengers. 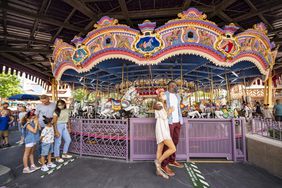 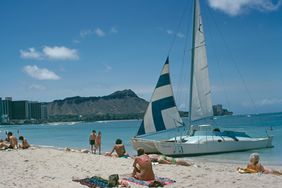