The spaceplane is designed to take tourists to the stars.

Slowly but surely, we're heading toward scenic spaceflights for the masses — or at least the wealthy masses. Virgin Galactic, one of the major players in the space tourism game, has just revealed the newest addition to its fleet, the sleek and shiny SpaceShip III.

Like the SpaceShipOne and SpaceShipTwo models before it, this vehicle is a spaceplane, which is essentially a rocket-powered winged craft designed to take passengers to space on suborbital flights, providing them with a few minutes of weightlessness as they look out at the stars and curvature of the Earth. While SpaceShip III is very similar to SpaceShipTwo in form and function, it has a whole new look — namely, a reflective, mirror-like exterior that's the stuff of sci-fi writers' dreams.

The first SpaceShip III has already been built: VSS Imagine is slated to begin ground testing imminently, with glide flights as soon as this summer. The second will be VSS Inspire, which is currently being manufactured.

For the time being, however, Virgin Galactic has just one operational spaceplane — VSS Unity, a SpaceShipTwo model. It has been undergoing testing for several years, successfully reaching 50 miles in altitude — the point that's largely considered the boundary of space — for the first time in 2018. Its next test flight is scheduled for May, and Virgin Galactic maintains that it'll take its first passenger, company founder Sir Richard Branson, for a ride to space by the end of this year. (Virgin Galactic's timelines have been notoriously delayed, however — par for the course for both the private and public sides of the space industry.)

"As a SpaceShip III class of vehicle, Imagine is not just beautiful to look at, but represents Virgin Galactic's growing fleet of spaceships," Sir Richard Branson said in a statement. "All great achievements, creations, and changes start with an idea. Our hope is for all those who travel to space to return with fresh perspectives and new ideas that will bring positive change to our planet.'' 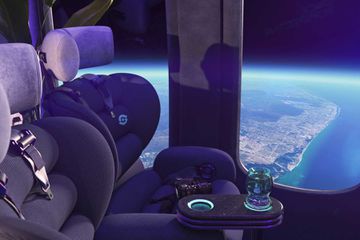 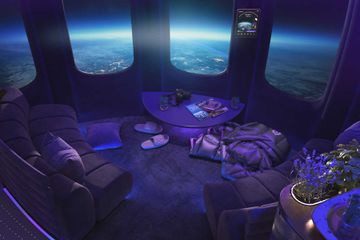 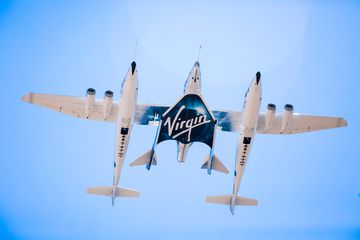 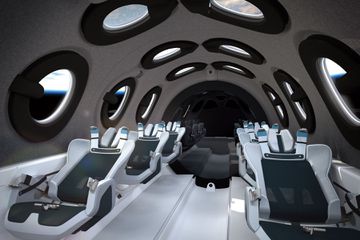 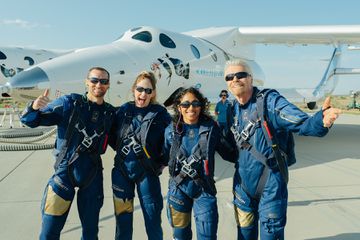 Richard Branson's Private Caribbean Island Costs $107,500 a Night — Here's What It's Like to Stay There
Virgin Galactic Is One Small Step Closer to Commercial Space Flights (Video)