It originally sold for $1.4 million three years ago.

A Banksy painting that famously began to self-destruct just after it was sold at auction is again going on auction — this time at five times its original price.

In October 2018, one of Banksy's most famous images, "Girl With Balloon," was sold at a Sotheby's auction for $1.4 million. Just after the winner of the auction was announced, a shredder hidden in the frame whirred to life and destroyed half of the painting.

In a behind-the-scenes video, Banksy revealed that the stunt was intended to shred the entire painting, not leave it half-intact., and because it was left partially preserved, the painting now has new value.

"Love is in the Bin was born of the most spectacular artistic happening of the 21st century," Alex Branczik, Sotheby's chairman of Modern and Contemporary Art, told the Associated Press. "When 'Girl With Balloon' 'self-destructed' in our saleroom, Banksy sparked a global sensation that has since become a cultural phenomenon."

Even if "Love in the Bin" sells for $8 million, it still won't be the most expensive Banksy painting that Sotheby's has sold. Last year, a painting called "Show Me the Monet" sold for $9.8 million at auction, far exceeding its expected price.

But before the shredded piece goes to auction, it will tour Sotheby's galleries around the world, with scheduled stops in London, Hong Kong, Taipei and New York. The auction is scheduled for Oct. 14 at Sotheby's London.

But if you can't make it to see the shredded artwork in person, you can take a virtual tour of Bristol, England to see some of Banksy's best works. 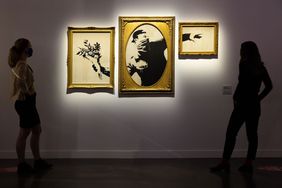 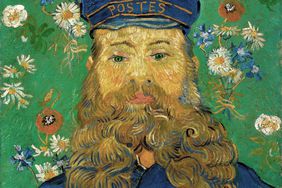 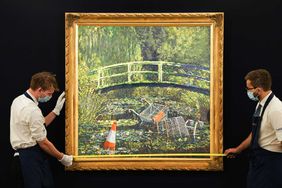 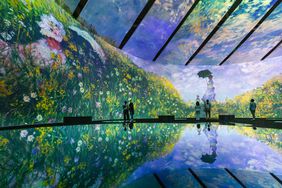