An unexpected family move to Mallorca changed the way I think about motherhood — and the world.

I was born in Paris during my parents' three-year stint in France — a magical, wildly influential time in their lives that fully imprinted itself onto the way my sister and I were raised. It was more than the stinkiest of sheep cheeses and preserved organ meats at our table that differentiated us from the other families on the block in the suburbs of New York; it was the global lens through which one could perceive the world that sunk so deeply into my parents during their time abroad that it became a part of us, too.

So, when my husband was presented with a work opportunity that would allow us to relocate to Madrid for a year, I responded with a resounding "yes!" As the designer of a jewelry line called Zahava, which is inspired by "the magic of faraway places," the promise to go and actually live in a beautiful, faraway place felt kismet. We sold our Williamsburg apartment, packed up our six-month-old son, Ezra, and landed in Madrid on March 1, 2020. We had an incredible two weeks falling in love with this beautiful city, and then, a terrifying, horribly claustrophobic two and a half months stuck in a small apartment in one of the strictest lockdowns in the West (our baby wasn't permitted to leave the apartment, under any circumstances, the entire time).

Through a friend of a friend, we were able to relocate to the Spanish island of Mallorca, and settle into a pink house with night-blooming jasmine dancing along the outdoor dining room table and six backyard chickens that laid fresh eggs each morning.

So, here I find myself, 18 months after that big move to Madrid, unexpectedly raising my now two-year-old on a Spanish island in the Mediterranean. The challenges and pearls of wisdom of this experience continue to reveal themselves, but here are a few takeaways.

It's okay to slow it down.

Coming from New York, everything in Spain is slow. If someone working at a supermarket is restocking a shelf of cereal, she will not stop what she's doing to look up and answer your question until her task is completed. In the beginning, this drove me mad — it takes at least a full week to have a shirt dry cleaned, 30 minutes for a waiter to bring you your check at a restaurant, and everything closes for an hour, if not two, in the middle of the day for a siesta (afternoon nap). Oh, and nothing, not even coffee shops, open before 9 or 10 a.m. (which is also when wine begins to be served).

However, as time has gone on and I have sunk deeper and deeper into the culture around me, I have begun to see the exquisite beauty. This is a country with separate lines at airport security just for families, with rainbow-colored bins and staff who make you feel like a VIP for traveling with a rambunctious toddler. It's a place with streets where everyone stops and smiles at, if not engages in a full-blown conversation with, your two-year-old because they aren't as glued to their phones or already late to their next appointment, but rather fully present, warm, and genuinely charmed by your little one. Here, you can have your table at a restaurant for not a fixed window, but for the entire night, so you can sit back, relax, enjoy your meal and just surrender to the experience. Yes, you will end up flying back to New York without your favorite sweater that's still at the dry cleaner, but this is because the woman working at the shop gets a siesta each day to go home and see her kids and eat a proper lunch in peace — a trade-off that I'm quite happy to make. I must say, since living here, I haven't had a power bar for lunch, or put on mascara while walking down the sidewalk, so perhaps slowing down isn't so bad after all?

When you can't understand the chatter around you, tune into your own inner voice.

Experiencing pregnancy and early motherhood in New York City, I was privileged enough to be the recipient of an onslaught of information: books, classes, podcasts, mommy blogs, and tons of friends nearby to share their experiences and advice. In Spain, however, beyond the small community of beautiful friends we have built, I am much more isolated. None of the other families at our son's preschool speak English (and our Spanish is still broken at best), so I know we miss a lot of the details being shared on the group WhatsApp thread. At first, this felt a bit panic-inducing — was I missing information on the most nutritious toddler vegetables, the most potent anti-tantrum advice, and the monthly pediatric benchmarks? However, surviving without this very American level of knowledge at my disposal has actually been a bit of a relief. I have found myself becoming less reliant on outside advice, and more trusting of my inner voice and gut instinct. As a new mom, it's easy to get caught up in an insatiable need to devour all of the information we don't know, and the endless shoulds, but what a comfort it is to remember to trust all of the wisdom that each of us already holds within.

There is more than one way to see the world.

While my Spanish-speaking skills continue to trickle along at a tortoise-like pace, my two-year-old's first language is unapologetically Spanish. Watching Ezra learn from the start that there are at least two ways of saying everything, I can see this light flicker in his brain, allowing him to notice that there's more than one way to view the world. I love some of the sweet words and phrases we have picked up here that will become part of our vocabulary forevermore, like media naranja, meaning soul mate, or literally, half an orange. Or, the less poetic, but used every other sentence in our house, cuidado. It's the perfect word for parents of a two-year-old, as in one word, it sums up "watch out," "be careful," and "pay attention."

Not every thought, feeling, and experience can be summed up in the English language or American experience, and it's been so expansive to learn and remember that firsthand. In this way, my two-year-old's life experience has already transcended elements of my own, as I see the world through his eyes, this tiny global citizen who feels a sense of belonging in cities and communities all over the world and possesses two cultural lenses through which to approach any situation.

Why It's Important for Kids to Travel, According to Experts

When you're removed from your natural environment, you must create a new one.

Being far from family and friends, particularly during a pandemic when travel has been difficult, I quickly became our nuclear family's matriarch, a role I hadn't expected to so fully embody for years to come. I'm lucky enough to have my mother, grandmother, and mother-in-law all very present in our lives, as well as a rich community of friends with similar values to ours. Because of this, celebrating holidays and teaching our son about his identity happened a bit more effortlessly in the U.S. Here in Spain, the recipes, rituals, holidays, and even nursery rhymes are all different.

I'm Jewish and my husband is Chinese American, so living in a more homogenous community than our diverse environment back in Brooklyn, we've had to make a conscious effort to teach our son about who he is. This means celebrating Shabbat and Havdalah (the end of Shabbat ceremony) each Friday and Saturday night, and introducing homemade Hanukkah latkes and applesauce to our Spanish friends. It looks like making dumplings for Chinese New Year, and bringing cans of pumpkin purée back to Spain from the U.S. to make a proper pumpkin pie for our expat Thanksgiving.

If we were back in the U.S., we would have relied on the community around us to host these celebrations and even tell our son about the stories of his identity. On our own, however, we've been put to the challenge of creating these experiences ourselves, lest they not exist at all. When you have only yourself to rely on to honor your rituals, you find out pretty quickly what's important to you and how to keep that alive and thriving.

As we celebrate our second holiday season abroad, we are enjoying the sweetness of this beautiful culture and our chosen family of locals and expats. It means a lot to us to show our son how big and beautiful this world is, and hope to continue to take this approach after we move back to the U.S. next year. We deepen our roots, taking pride in celebrating our unique identities, while opening our hearts and minds to the beauty and wisdom of the people and cultures around us. 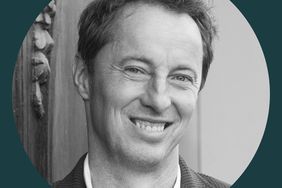