Uber is sending out 180 food trucks to dozens of cities across the country, handing out local treats to people waiting to vote.

This Election Day, Uber Eats is making sure voters don't get hangry while waiting in line at the polls.

Partnering with nonprofit Pizza to the Polls, the rideshare company will send out 180 food trucks to dozens of cities across the country, handing out everything from Nashville hot chicken to doughnuts and burgers to people waiting to vote, Uber shared with Travel + Leisure. The food trucks will be driving around looking for long lines starting Oct. 24 — to accommodate early voting — and operating through Election Day.

When they do find a line, food will be dished out to voters, poll workers, volunteers, and future voters (aka kids).

“At Uber Eats, we’re always thinking about meeting people where they are by delivering the food they love when they need it most,” Elspeth Rollert, the head of partnership marketing at Uber Eats, told T+L. “Thanks to a variety of our Restaurant Partners, we’re celebrating civic engagement and delivering free food to people at polling locations with long lines.”

In New York, for example, hungry voters should be on the lookout for Pizza Loves Emily. In Austin and Houston, voters can toast completing their civic duty with some over-the-top sweets from Voodoo Doughnut, and in Nashville, people will feast on Hattie B's Hot Chicken.

Yummy treats from Milk Bar will be served up in all cities, according to Uber.

While people won't be able to track the food trucks, they can report long lines at polling locations on the Pizza to the Polls website.

In addition to free food, Uber is offering users 50 percent off roundtrip rides to polling locations on Election Day, up to $7 each way, a company spokeswoman told T+L. The discount will be automatically applied when someone requests a ride using the in-app polling finder but is not valid in California. 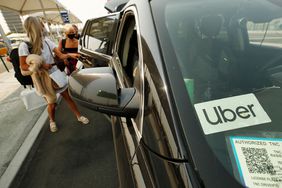 Uber Is Offering Discounted Rides to the Polls on Election Day 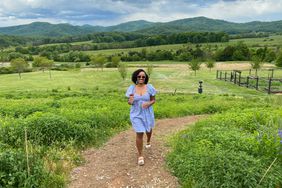 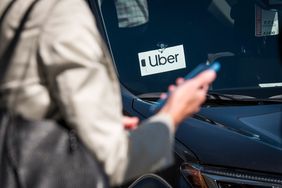 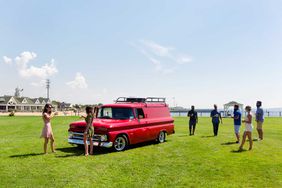 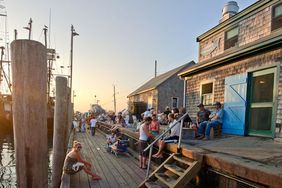